Son of U.S. soldier looking for kin of 130 Japanese he saved in WWII

The son of a second-generation Japanese-American who served in the U.S. forces during World War II is searching for family members of 130 Japanese soldiers and civilians his father saved in the battle of Saipan in 1944.

In a recent interview with Kyodo News, Lawrence Kubo, 67, said he is hoping to hear Japanese side's stories of Bob Kubo who talked eight Japanese soldiers into releasing 122 civilians held captive in a cave.

With his Japanese language skills, Kubo was dispatched to the Pacific battlefront and landed on Saipan in July 1944 as an infantry man. 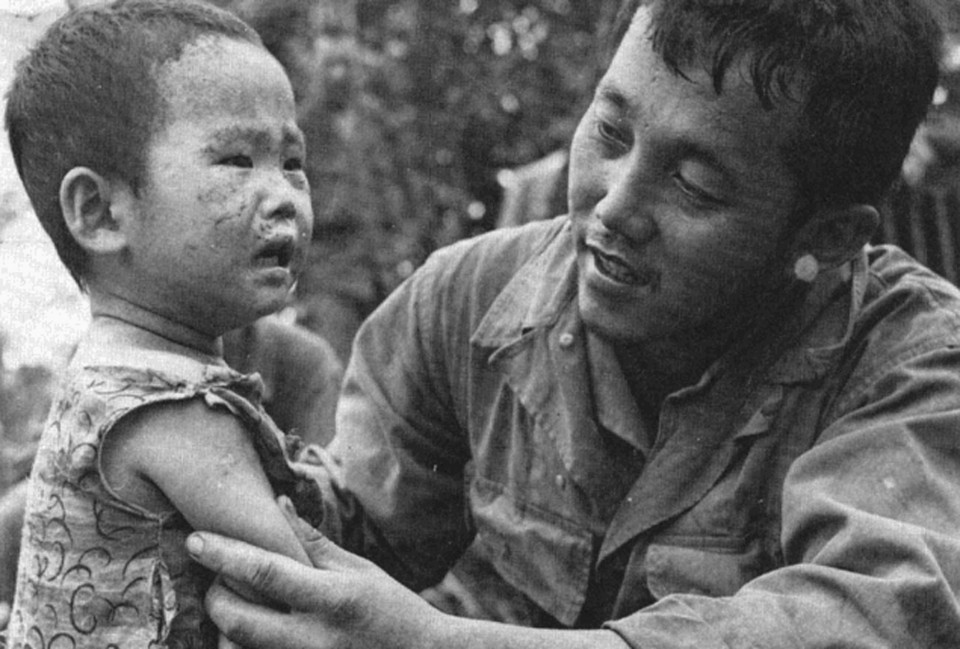 In the fierce battle that began in June, many Japanese soldiers and civilians from Okinawa committed mass suicide as they refused to surrender.

Following information that several Japanese soldiers were barricading themselves with more than 100 civilians, Kubo volunteered to go to the cave alone to persuade the soldiers on July 26.

Pointing guns at Kubo, the Japanese soldiers asked him "How can someone of Japanese descent fight against Japan?" according to Lawrence.

In reply, Kubo said, "I am also the son of Japanese parents but I was born in the United States. The United States is my country and I fight for it."

Kubo then expressed his emotional pain by citing an old story of Japanese military commander Taira no Shigemori in the Heian Period, (794-1185) who said "If I follow my duty to the emperor, I go against my father. But if I am filial, I fail in my obligation to the emperor."

Earning respect from the Japanese soldiers, Kubo emerged from the cave some two hours later. All eight soldiers and 122 civilians surrendered.

Based on testimonies by the Japanese soldiers, Kubo was awarded the Distinguished Service Cross before his death in 1998 at the age of 78.

"I would like to confirm my father's courageous act," by hearing stories from Japanese families, said Lawrence. He can be contacted at lhkubo@aol.com.