Slugging pitcher Shohei Otani hit off a tee on Sunday for the first time since having ankle surgery on Oct. 12.

The 23-year-old Nippon Ham Fighters star has been given the green light by his team to move to the majors this offseason once a posting system between Nippon Professional Baseball and Major League Baseball is in place. 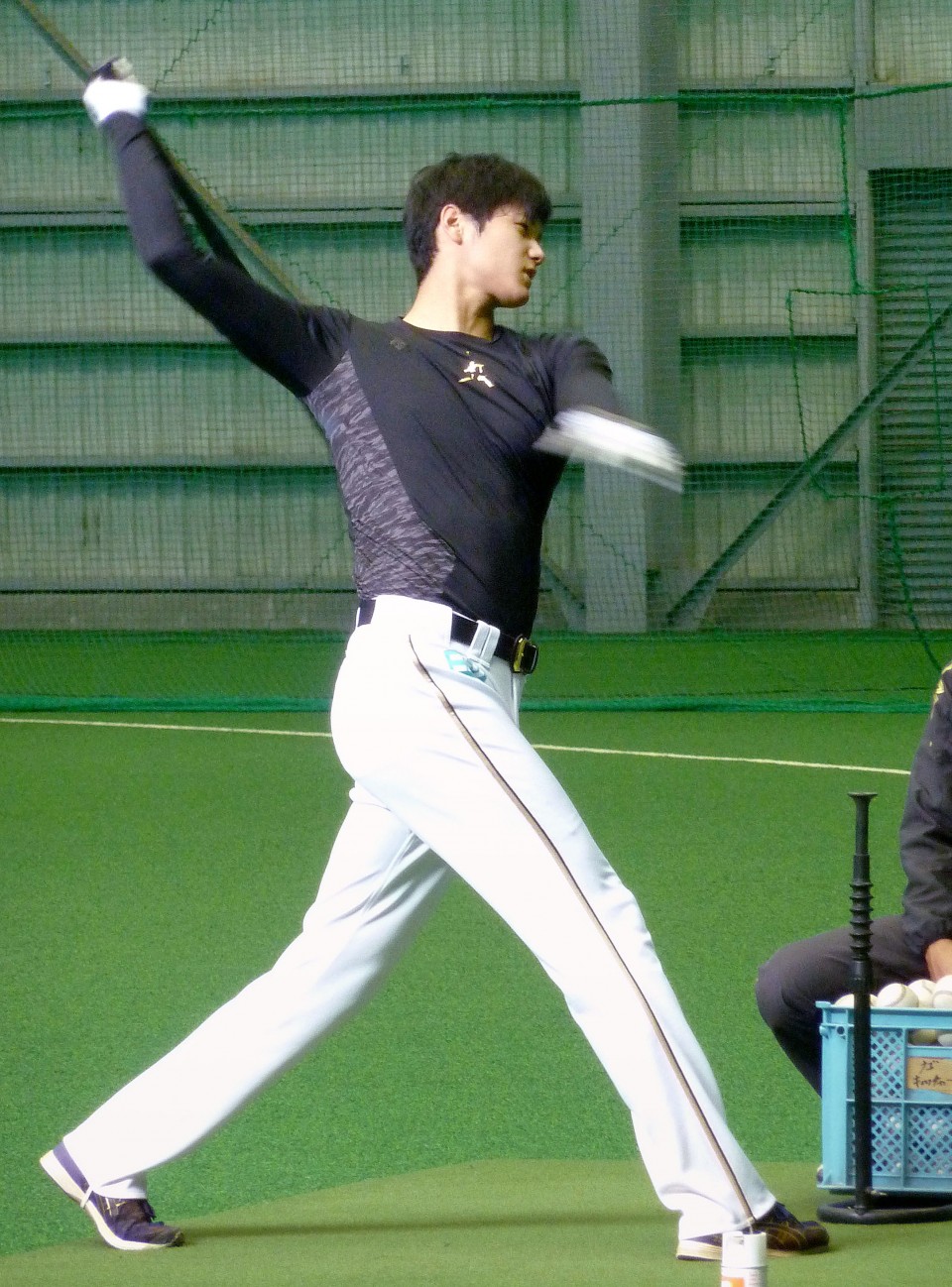 "I think that starting from here, I will improve rapidly," said Otani at the Fighters' minor league complex outside Tokyo in Chiba Prefecture.

Fans have come out in droves to catch a glimpse of the popular Otani, who is expected to continue his rehab work in Kamagaya until January. A day earlier, he held a press conference in Tokyo to answer questions about his proposed move.

"I'm going to do as much as possible to try and improve rapidly," he said. "I'll monitor my body day by day and advance to the next step when I'm ready to do so."

The surgery, to remove a bone spur that was discovered a year ago, came after an injury-plagued season in which he missed over two months with a thigh-muscle injury and was barely able to pitch. He did, however, throw a complete game shutout while scoring a run in the cleanup spot in what was likely his last start in Japan.