The search for a missing 23-year-old woman led to the discovery of nine dismembered bodies in an apartment just outside Tokyo, resulting in the arrest of the man living there, police said Tuesday. (Read our latest story here)

Takahiro Shiraishi, 27, has admitted to killing nine people since late August, including the missing woman whom he said he killed soon after they first met. He said he came to know the nine through Twitter and killed them after luring them to his apartment with offers to help them die, according to the police.

"I killed nine people since I moved (into the apartment) on Aug. 22," Shiraishi was quoted as telling the police. The police are trying to identify the nine -- apparently eight women and one man -- through DNA analysis, but it could be a difficult process.

The suspect, who is known to have worked as a recruiter for a sex-related business in Tokyo's famous Kabukicho entertainment district, said stealing money was one of the reasons behind the killings, noting that in one case he took 500,000 yen ($4,410).

He also admitted that he had assaulted some of the women with the intent to rape them.

The police found severed heads and other body parts placed inside cold-storage containers and tool boxes in Shiraishi's apartment in Zama, Kanagawa Prefecture, on Monday and Tuesday.

The bodies displayed multiple cuts and some of the body parts had already been reduced to bone, according to the police. Some 240 bones were found from his apartment, which is made up of one room and a small bathroom.

"I couldn't throw away (the bodies) out of fear for being caught," Shiraishi told police.

Shiraishi was arrested on suspicion of mutilating one body of unknown identity, hiding it inside a cold-storage container and disposing of it between Aug. 22 and Oct. 30. The police are expected to file murder charges later.

"There is no doubt that I tried to hide the body of the person I killed," Shiraishi was quoted as telling the police, referring to one of the bodies. "I dismembered it in the bathroom, disposing of some body parts in the garbage."

A saw, believed to have been used to dismember the bodies, was also found in his apartment.

The police conducted the search after security camera footage showed Shiraishi walking with the woman, who had been missing from her home in Hachioji in the western suburbs of Tokyo since late October, near JR Hachioji Station and near the Odakyu Line's Sobudaimae Station near his home on Oct. 23.

A message was posted on the woman's Twitter account on Sept. 20 saying she was "looking for someone who will die with me." The message said she "wants to die, but is scared of dying alone."

The woman was living in a group home in Hachioji where residents can receive assistance from psychiatric social workers. The operator of the facility declined to answer questions about residents due to privacy reasons, but said they were allowed to go out freely.

Her brother contacted the police on Oct. 24 saying she had been missing since Oct. 21. The brother later used her Twitter account password and found that she had been exchanging messages with Shiraishi, investigative sources said.

Shiraishi told the police that he sent a message to the woman through Twitter, "Let's die together."

Shiraishi's neighbors expressed shock and disbelief at the news that nine bodies had been discovered in his apartment. One neighbor described the suspect as "a cheerful, kind and polite man. I cannot believe this."

A resident living on the same floor of Shiraishi's apartment building noticed a foul smell coming from his room from around August. "It was a kind of smell I have never smelled before. I thought it was sewage," he said.

A ventilation fan was always running and some residents said they had found it odd.

According to an 84-year-old man acquaintance of Shiraishi's family, Shiraishi seemed to be a young man who cared for his family as he was often seen visiting his father who lived alone in Zama. His mother and younger sister had left the family home several years before.

A neighbor in her 70s recalled Shiraishi's father happily telling her that he was going for a drink with his son.

But some talk of another side to his character.

A young man who recently moved near the Shiraishi family home said he saw Shiraishi, dressed in all black, several times late at night during the past few months.

"He was sitting in front of the door and looking at his cellphone. It was creepy," the man said.

Meanwhile, a person employed in the same business as Shiraishi posted a photo of the suspect on Twitter, saying "Watch out for this scout!" 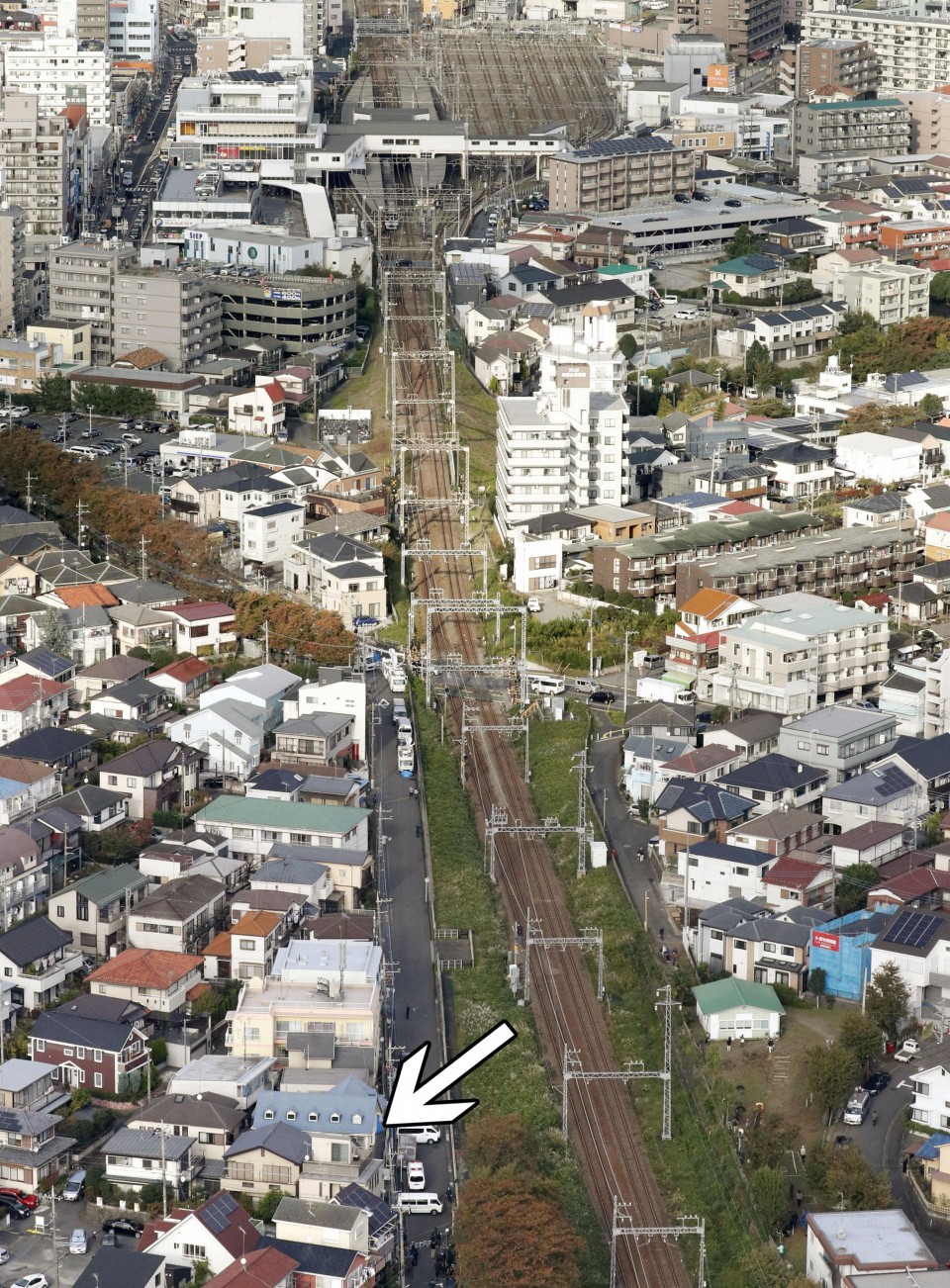