When U.S. President Donald Trump visits Japan in early November as part of his first official trip to Asia, he is unlikely to push Prime Minister Shinzo Abe to accept U.S. calls to start negotiations for a bilateral free trade agreement, according to two Japan experts in Washington.

Rather than exposing a rift over a major economic issue, Trump and Abe are expected to highlight a robust alliance in the face of the nuclear threat posed by North Korea and China's assertive territorial claims in the East and South China seas, they say.

"If President Trump opens the issue of an FTA with Japan, it will distract the United States and Japan from more pressing agenda items such as the North Korean threat," said Andrew Oros, director of international studies at Washington College, referring to Pyongyang's development of a nuclear-tipped missile that could reach as far as the United States. 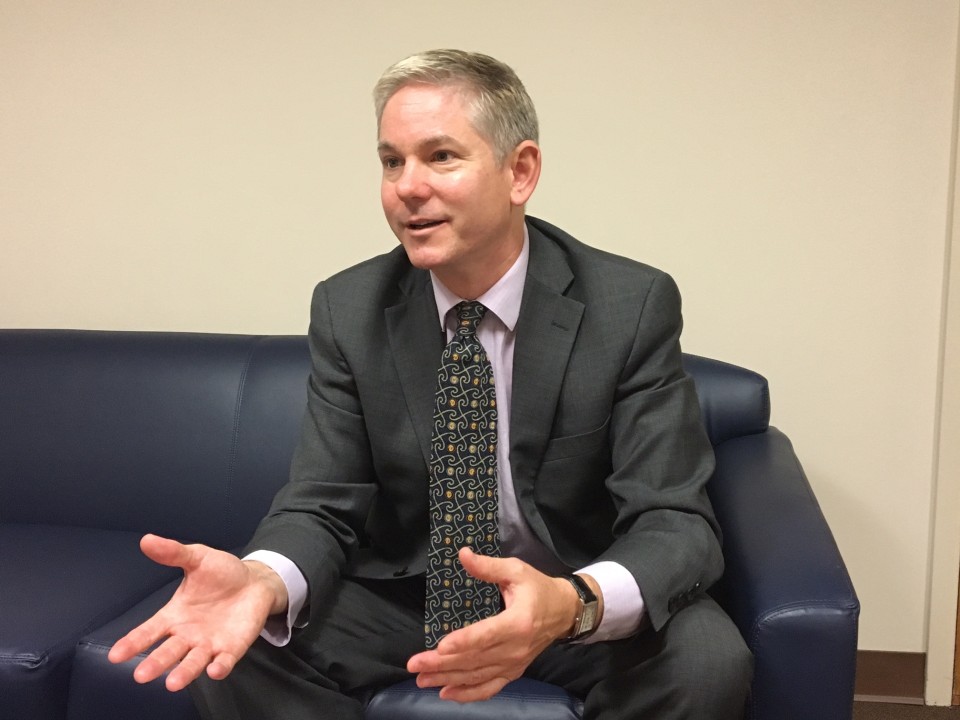 "I don't expect that an FTA is going to be a focus" during Trump's Nov. 5-7 trip to Japan, Oros said in an interview. "I don't think the administration would like this to get the headlines. I also agree that it's going to be mentioned, but I think it will just be one of many things."

During a meeting with Japanese Deputy Prime Minister Taro Aso on Oct. 16 in Washington, Vice President Mike Pence expressed the United States' strong interest in commencing bilateral FTA talks, according to a Japanese official, raising speculation that Trump may demand such talks in his upcoming meeting with Abe as part of an effort to reduce the U.S. goods trade deficit with Japan.

A Japan-U.S. FTA would cover nearly 30 percent of the world economy.

Since Trump pulled the United States out of the Trans-Pacific Partnership trade deal soon after his inauguration in January, Japan has been leading negotiations for a so-called TPP 11 with the 11 remaining countries in the pending regional FTA, hoping that Washington will rejoin the pact in the belief that it is the best framework for the two countries.

Earlier this year, Aso said there was "no guarantee" the Trump administration would win better terms under a bilateral pact with Japan, as a multilateral framework like the TPP allows members to offset concessions made with one country with advantages gained from another.

"This administration has expressed strong interest in advancing bilateral trade negotiations with Japan, and receiving such commitment from Prime Minister Abe during the president's visit would surely be seen as a huge win," said Mireya Solis, a senior fellow at the Brookings Institution. 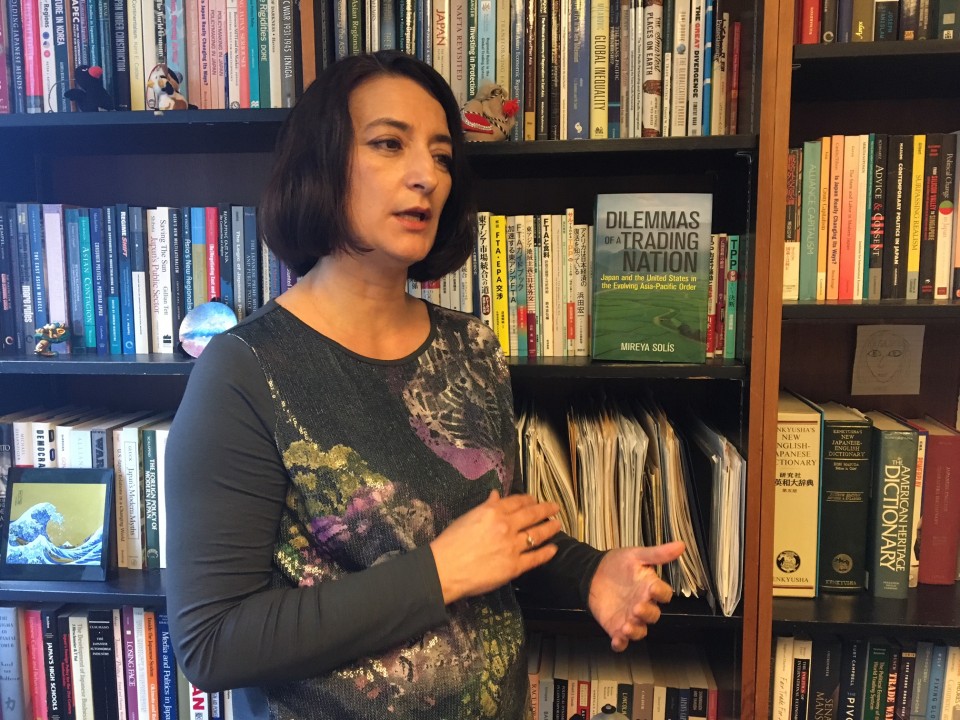 "However, the U.S. side is also well aware about Japan's reluctance to launch bilateral negotiations and its preference to see through the TPP 11 in the hopes of a future U.S. return," she said in a separate interview.

Rather, Oros and Solis expect the two leaders to highlight their resolve to apply "maximum pressure" and strong sanctions on North Korea in concert with the international community to compel Pyongyang to alter its provocative behavior and return to credible talks for denuclearization.

Referring to Abe's plan to host a meeting between Trump and families of Japanese nationals abducted by North Korea in the 1970s and 1980s, Solis said such an event "will provide an eloquent image of their shared understanding of the gravity of the North Korea threat."

Oros expects Abe and Trump to step up calls on China to stop its attempts to undermine Japan's administration of the Senkaku Islands in the East China Sea, as well as to condemn Beijing's militarization of outposts in disputed areas of the South China Sea, saying these unilateral actions run counter to the rule of law and international norms.

He voiced hope that the leaders will urge Beijing to address its intellectual property violations, continued support of state-owned enterprises and restrictions on foreign companies operating in China so as to help establish an open and liberal trading order in the Asia-Pacific region.

Solis predicted the leaders will also emphasize bilateral cooperation in areas of energy and infrastructure -- such as Japan's assistance for increased U.S. exports of liquefied natural gas to Asia and Japanese investment in infrastructure projects in the United States -- as a way of promoting economic benefits and job creation in both countries.

She added that there are opportunities for Tokyo and Washington -- major aid donors and the two biggest shareholders of the Asian Development Bank -- to deepen engagement with Southeast Asia, particularly in the area of infrastructure finance and development.

Citing the good personal rapport between Abe and Trump -- the two have a round of golf scheduled for Nov. 5 outside Tokyo -- Oros stressed the significance of Trump beginning his five-nation regional tour with Japan. He subsequently will visit South Korea, China, Vietnam and the Philippines.

"By President Trump starting his visit in Japan, he's able to signal these priority issues for the United States while also showing that one of the other large countries of the region has a very similar agenda," Oros said. "So then when he moves to the next places, he can repeat this is the view of the United States and Japan and other countries in the region."