After rejecting the Trans-Pacific Partnership trade agreement in his first week in office and the COP-21 global environmental pact a few weeks later, Donald Trump was typecast by most Washington observers as the antithesis of a globally sensitive diplomat.

His political base applauded this parochialism as heralding a new era of putting American domestic interests first. Yet as President of the United States, Trump must inevitably engage with a broader world, which has different priorities. 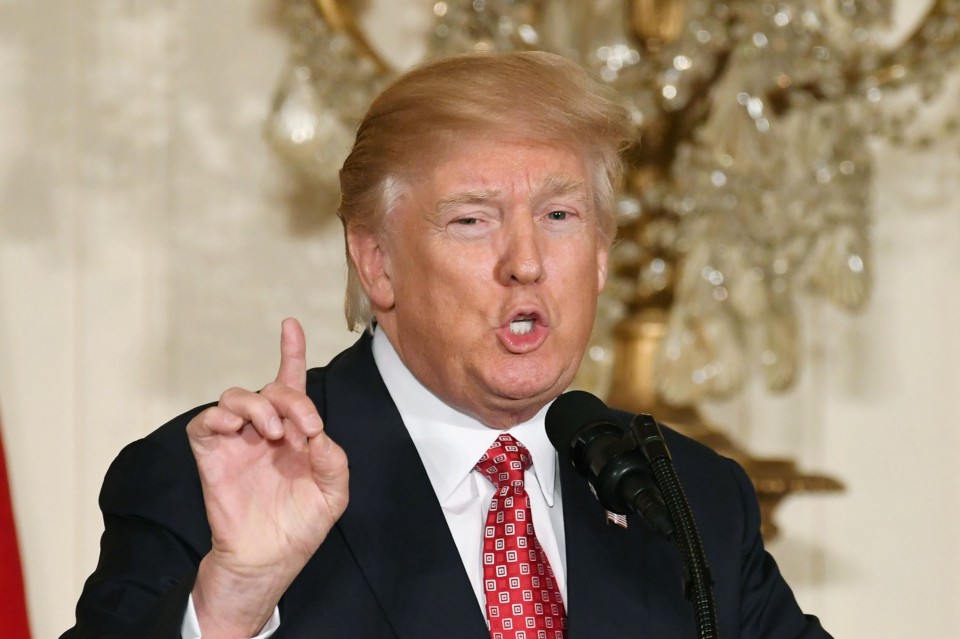 In his early Middle Eastern and European forays, Trump was acclaimed in Saudi Arabia, Israel and Poland for his defense of local interests. Yet he made few positive waves at major NATO and G-20 summits. Now he is turning to the Pacific, with visits to five key Asian nations, as well as two major international conferences in Southeast Asia, between November 3 and 14.

Eight months ago, in the wake of his brusque rejection of the TPP, many doubted that Trump would bother with either of the scheduled APEC or ASEAN summits. Both are to be held in a Southeast Asia that Republican presidents have largely ignored since the fall of Saigon in 1975.

Yet Trump will participate in both conferences. And he is also visiting all three of the major Northeast Asian nations, beginning with Japan. Has America's maverick new president lost the parochial instincts that seemed so prominent only a few weeks ago?

From the standpoint of global stability and enlightened American national interest, this is an unusually important time for President Trump to both meet and seriously engage with Asia's leaders.

This autumn holds the prospect of being a moment of historic change, in which Trump will be meeting several complex personalities. He will visit Japan right after a general election, with Japan's prime minister sensing both the belligerence of Kim Jong Un abroad and grassroots pressures for reform at home.

Trump will then move on to Seoul, visiting a Korean Peninsula even more vexed and torn by the security threat from Pyongyang, balanced against frustrations with political scandal and resentment at big business power. Those sentiments led to the impeachment of former President Park Geun Hye, the arrest of major business leaders, and the election of the liberal President Moon Jae In, with whom Trump seemingly finds it difficult to communicate.

Moving on to Beijing, Trump will confront Xi Jinping in China, just after he receives a further five-year mandate from the ruling Chinese Communist Party. Then he will fly to Southeast Asia and meet Vietnamese leaders frustrated by America's withdrawal from the TPP, as well as the eccentric Philippine President Rodrigo Duterte.

The political subtleties and potential of this historic moment in Asia may well evade Trump, who has little experience with the region. What will concern him most will be the North Korean threat and how to meet it.

Trump clearly sees Japan as a strong prospective ally. Since the April 2017 visit of Vice President Mike Pence to East Asia, there has also been a growing sense in Washington that effective pressure on Pyongyang needs to go far beyond coordination with Beijing, Tokyo and even Seoul.

Countries like Malaysia, Indonesia, Cambodia and Myanmar, which have had longstanding relations with North Korea, need to curtail trade, expel North Korean operatives, and close their restaurants and other money-making operations.

Concern about North Korea is thus one key motive behind Trump's willingness to spend time in Southeast Asia. Another is the thorny geopolitical problem of the South China Sea. Through that contested body of water flows 85 percent of Japan and South Korea's oil imports, as well as much of China's own commerce.

Key figures in the White House, apart from President Trump, are not as familiar with Japan as has been true of many other administrations. NSC Senior Director Matt Pottinger knows China much better, having served there as a Wall Street Journal correspondent before resigning to fight in Afghanistan. Trump's own tiny granddaughter sings songs in Chinese, but her family is not as familiar with other Asian nations.

Japan, however, could well be the greatest beneficiary of this first round of Trump's Pacific presidential diplomacy. Trump gets along well personally with Japan's leaders. The Pentagon and the U.S. State Department also clearly understand that Japan is the nation most threatened by Kim Jong Un's challenges, and that it has highly destabilizing strategic options that it could easily pursue if trust in Washington is lost. On the ground in Tokyo, the U.S. Embassy has a strong team, headed by Ambassador Bill Hagerty, that is translating the imperative of retaining trust into concrete policies.

Visiting Asia will also make it clear to Donald Trump how much easier it is to deal with Japan right now than with other leaders that he meets.

In South Korea, Moon Jae In, a believer in dialogue with Pyongyang, finds it hard to support the bare-knuckled pressure that Trump sees as necessary to curb Kim Jong Un's ambitions. And in China, Xi Jinping has so many options, in ties with Europe, Africa, and Asia, that Trump's leverage for his broad trade and North Korea agendas with Beijing are distinctly limited.

For a master in the "art of the deal," as President Trump fancies himself to be, both the stakes and the odds for success in Tokyo look high. Donald Trump cannot help noticing that as he crosses the Pacific next month. 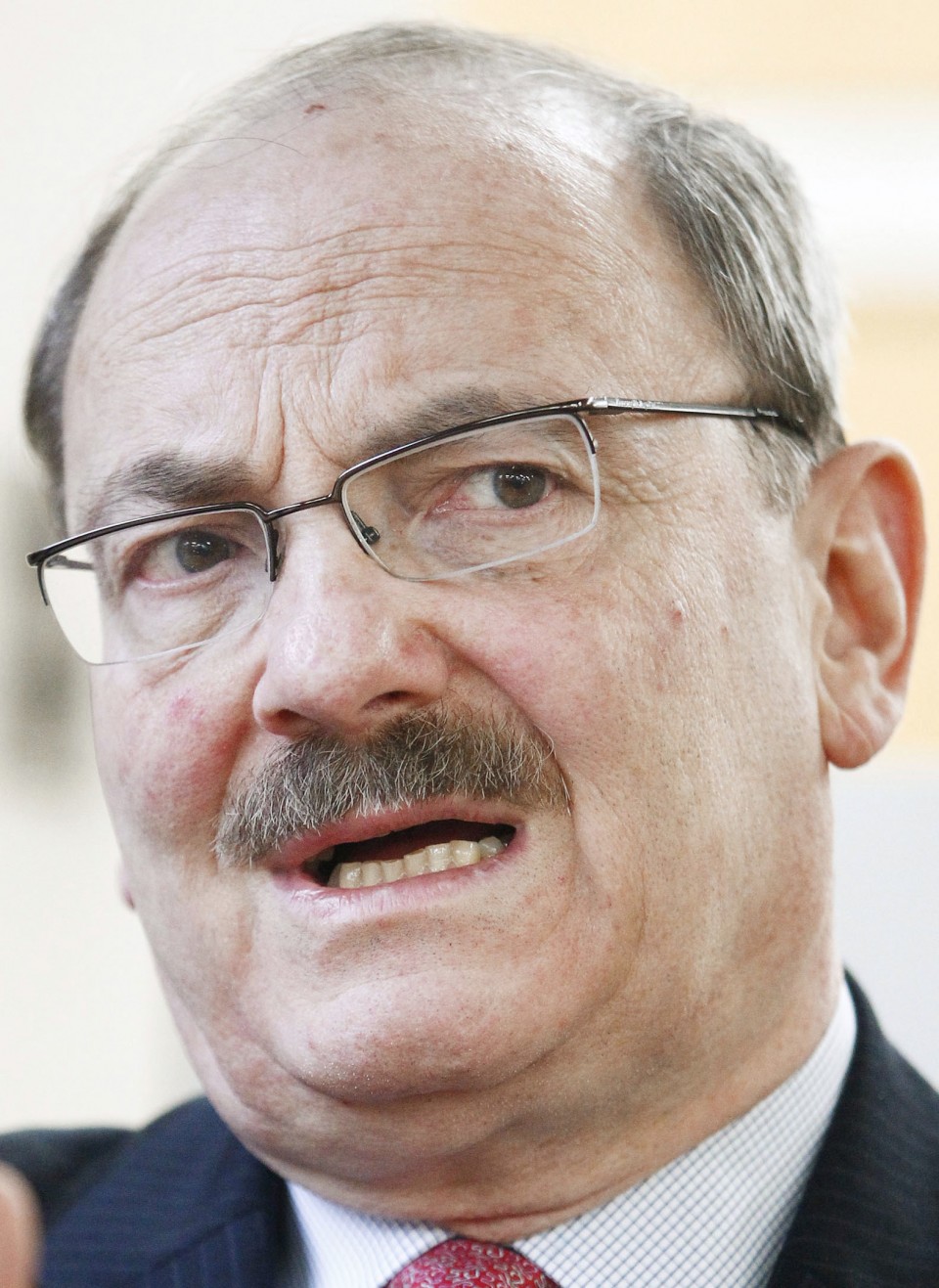