Two bodies have been found at the site so far with one being identified as a Japanese man named Masafumi Tomita, in his 50s, who had been staying at Kandawgyi Palace Hotel, according to police sources.

The other body was yet to be identified as it had been charred by the fire, they said. A woman from Macao was also injured while she was evacuating.

The fire started on the fifth floor of the lakeside hotel at around 3:30 a.m. and engulfed most of the building before being put out several hours later. 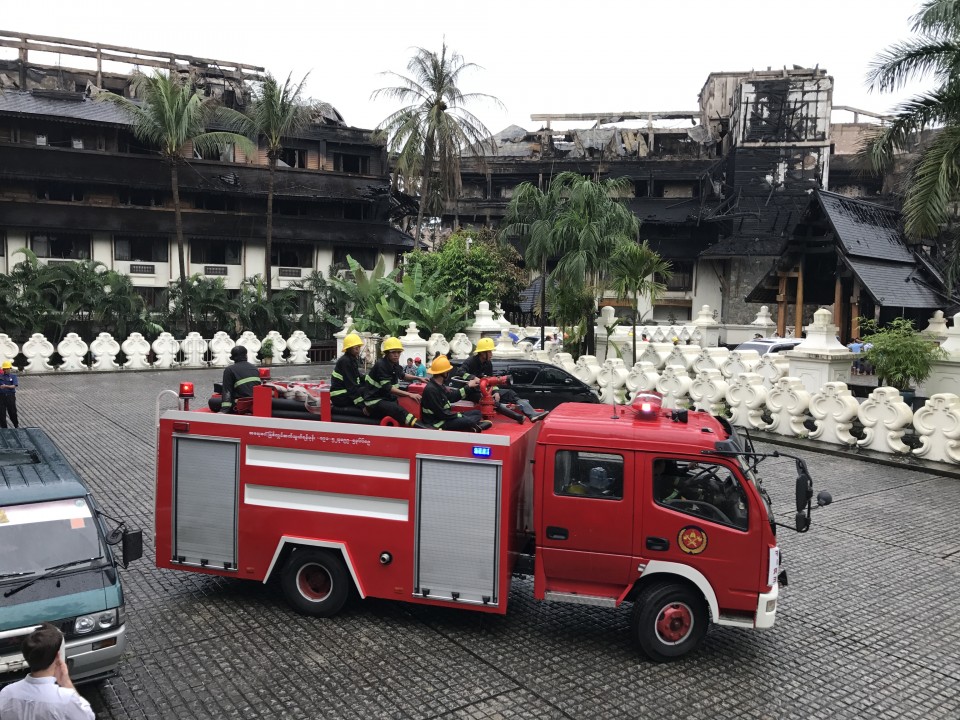 At the time of the fire, 141 people, most of them foreigners, were staying at the hotel, and most of the surviving guests were being transferred to other hotels while some immediately left the country, according to Htay Lwin, spokesperson of the Htoo Group of Companies which operates the hotel.

"The embers floating through the sky looked like hellish snowflakes," American David Powers told the Associated Press after escaping the blaze with his family.

Police said the cause of the fire that destroyed most of the hotel is still under investigation.

Local media reports quoting firefighters and hotel staff members said the fire may have been caused by an electrical fault.

An official update from the ministry of home affairs late Thursday said that 91 of the 185 guest rooms in the colonial-era, Burmese-style hotel on the edge of Kandawgyi Lake were totally destroyed by the fire.

Part of the hotel, built during the British rule of Myanmar, hosted the European only "Boat Club" in the 1930s. Myanmar gained its independence in 1948.