Second-year pitcher Daichi Takeyasu picked up the win after tossing a perfect inning of relief in his first game with the Hanshin Tigers, who edged the Chunichi Dragons 2-1 on Thursday.

Chunichi scored first, with Nobumasa Fukuda doubling home a run in the sixth inning, but Hanshin retaliated in the home half with Yoshio Itoi's game-tying solo homer, Hanshin's first run scored in 34 innings at Koshien Stadium.

Takeyasu (1-0) relieved starter Takumi Akiyama, who yielded one run on three hits, two walks and a hit batsman over six innings, and pitched a 1-2-3 seventh with just nine tosses before his teammates added another run in the bottom frame on a Shunsuke Fujikawa groundout.

Rookie Hiroto Saiki, also making his first mound appearance, retired the side in the eighth before closer Rafael Dolis got the last three outs to secure the Central League saves title at 37 and claim the second-place Tigers' first home win in eight games. 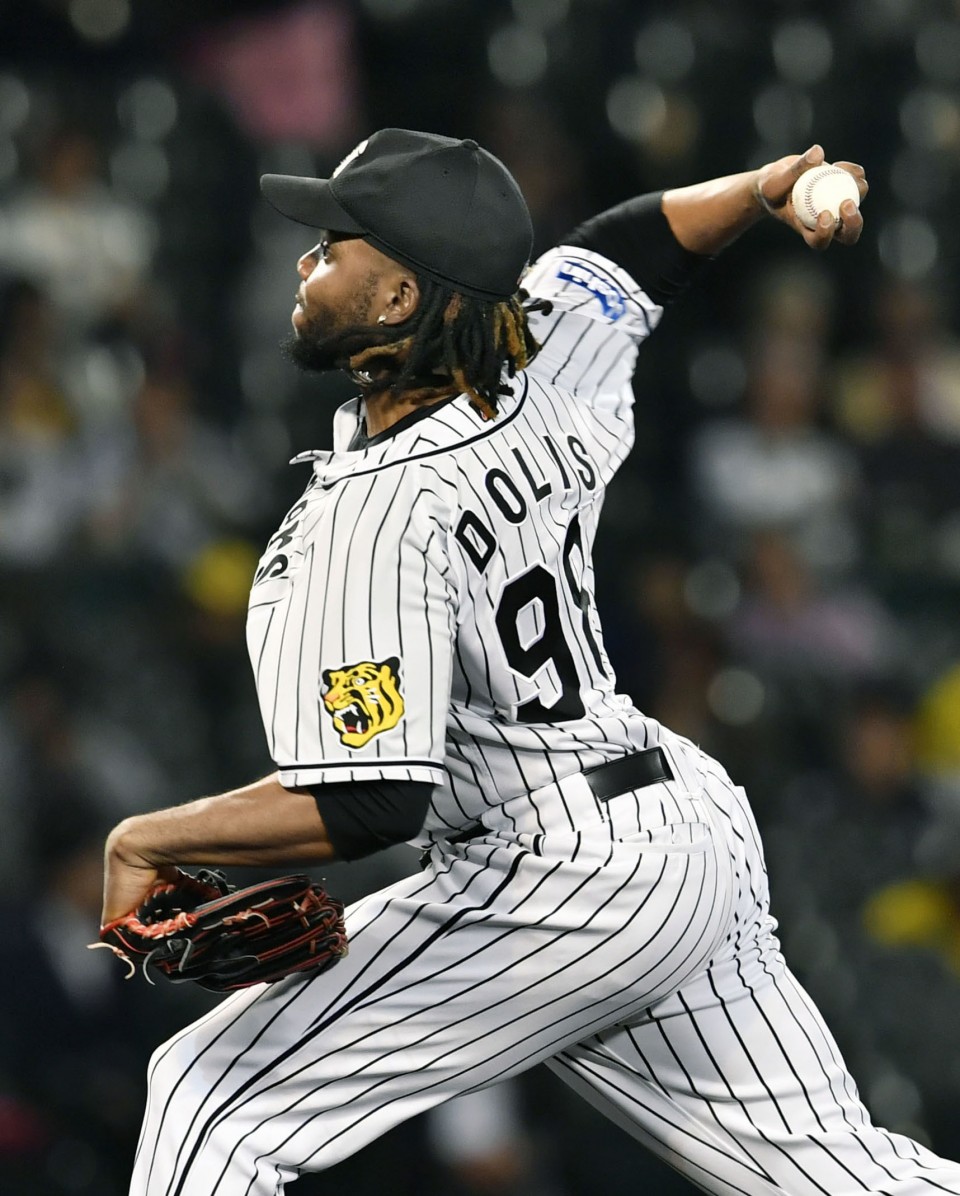 At MetLife Dome, Taishi Ota went 3-for-4 with four RBIs, including the go-ahead two-run home run that broke a 6-6 tie in the sixth, as Nippon Ham defeated Seibu to claim its third straight win.

At Zozo Marine Stadium, pinch hitter Seiya Inoue hit a walk-off RBI single in the ninth with two outs and runners on second and third to lift Lotte over Rakuten.