Wang, in her deadpan novel "Chemistry" released in May, mines the pathos of a scientist-in-training who struggles to match the ambitions of her Chinese immigrant parents, while Zhang's collection of linked short stories "Sour Heart," published in August, depicts a variety of school-aged girls navigating life with their Chinese families in a gritty, pre-2000s New York.

The main characters in both works grapple with forms of social constriction experienced by the authors, both of whom left China with their families at a young age and grew up mostly in the United States.

The 28-year-old Wang grew up in a family of scientists and was headed in that direction herself, studying biostatistics in a PhD program at Harvard when she started her novel. She told Kyodo News that her protagonist wants to "escape certain stereotypes that were always put on her."

"The idea that you are disciplined and you work very hard, you are good at math and science, and therefore you are a robot, (that) you are like a calculator without creativity -- she deals with that," Wang said of her unnamed narrator. "That's something I had to deal with." 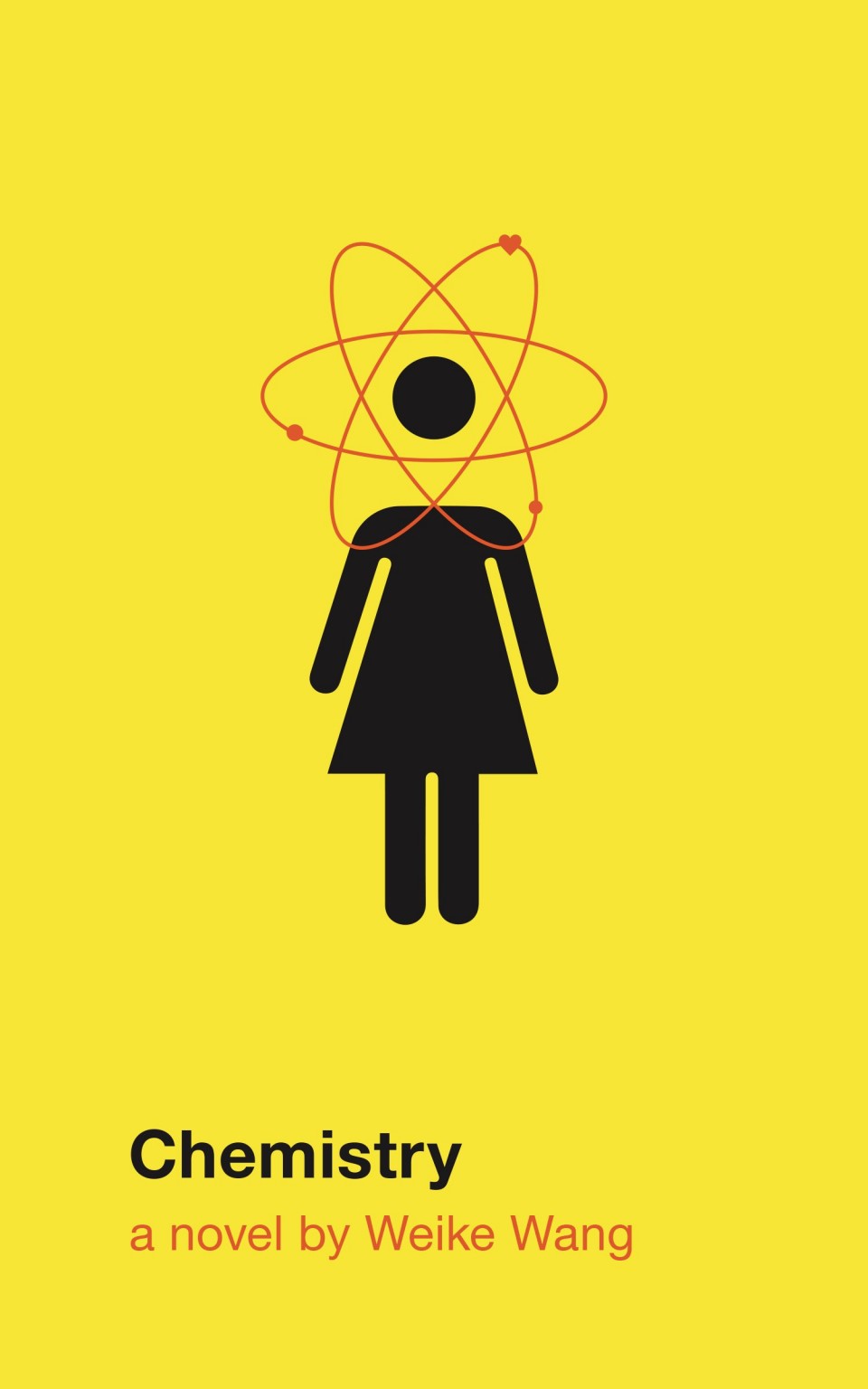 "Chemistry" opens with a marriage proposal from the narrator's seemingly perfect boyfriend, a development that throws her into a tailspin of doubt during an already difficult time in her PhD studies as an aspiring chemist.

The character's indecision stems in part from her childhood in the shadow of her father's "classic immigrant story" -- coming from an uneducated family in rural China and succeeding in the United States as an engineer -- which leaves her feeling as if she would have to "leave America and colonize the moon" to surpass his accomplishments.

In her concise, often sardonic prose, Wang introduces a number of Chinese proverbs and chemistry metaphors as the narrator searches for ways to make sense of her life. Her struggles with societal and familial expectations are only compounded by the rigors of her field and its pressure to be stoic and unemotional.

"I think if you are a writer or a poet, you are allowed to talk about death and suffering, the idea of human nature. But if you are a scientist, that is not something you talk about," said Wang, who followed her doctorate in public health with master's studies in fiction, and currently teaches writing at Barnard College in New York.

Whereas Wang's debut is related to Asian Americans in the sciences, most of the Asian immigrants in Zhang's "Sour Heart" move to New York City with artistic aspirations, only to find themselves in dire poverty and needing to work menial jobs or even scavenge in dumpsters to survive with their families.

The book's seven stories are narrated by young daughters from different Chinese immigrant families, some of which share tight quarters in a Manhattan tenement or in gang-contested blocks in the borough of Queens. Though the families vary quite a bit in temperament, many carry trauma from the experience of China's Cultural Revolution, while marital discord and disappointment in American life are also common themes.

The young narrators, however, also capture the intensity of family bonding despite precarious living situations, and at times even cast their parents' eccentricities and bruised egos in a comic light. The girls' own daily antipathies are tempered with small joys and moments of improbable connection.

Zhang said that the stories in "Sour Heart," as hinted at by the title, "invert the expectation of sweetness being good and sourness being bad."

"I also wanted to show that even within a framework that is very difficult and bitter and sour, there is something enjoyable about that," she added, suggesting a positive view on the hardships of immigrant life. 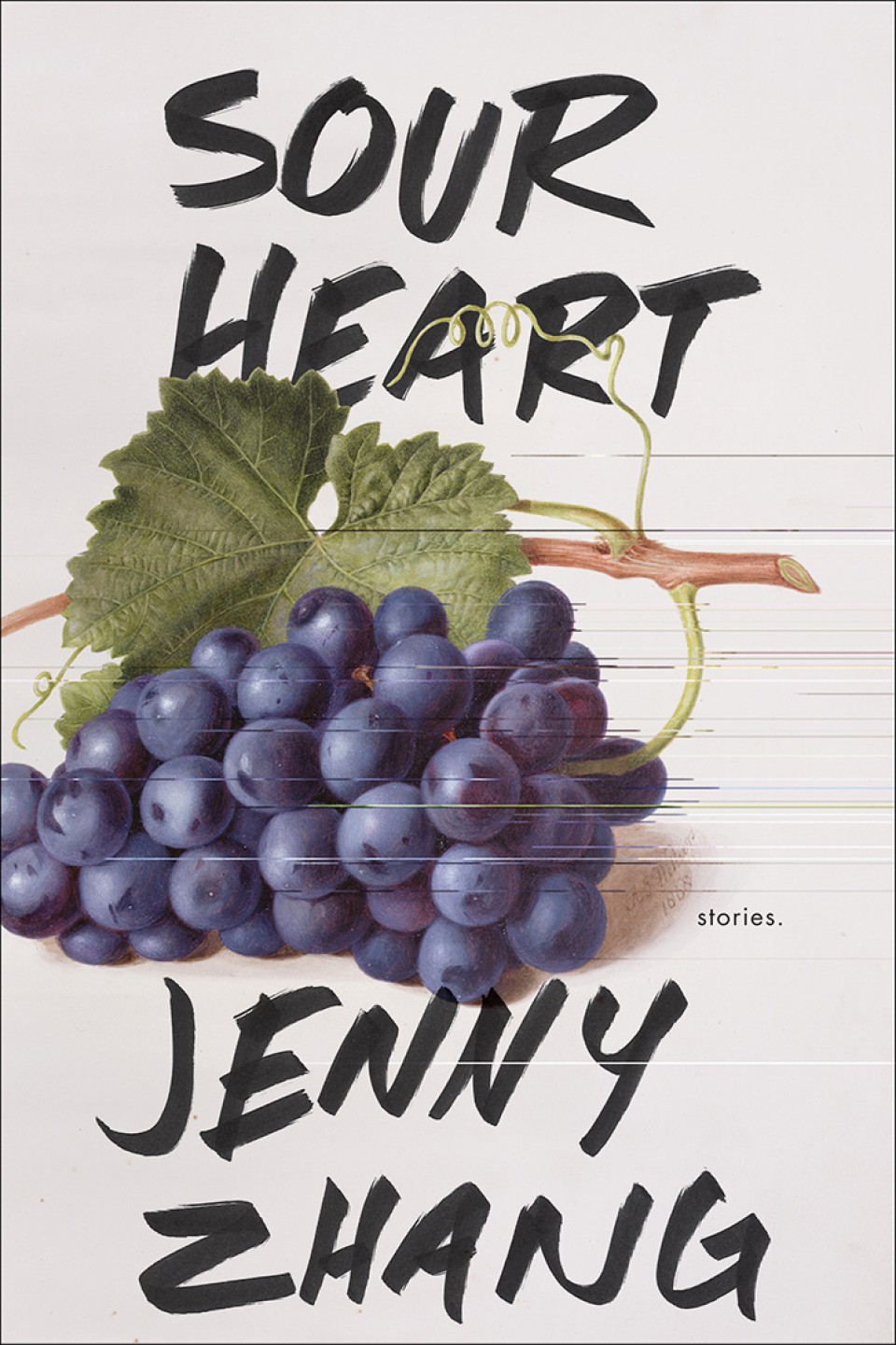 Zhang, 33, established herself as an essayist and poet prior to her fiction debut, with her poetry collection "Dear Jenny, We Are All Find" published in 2012. She drafted the opening story of "Sour Heart" years ago while an undergraduate at Stanford University, and wrote most of the rest during her master's studies in fiction at the Iowa Writers' Workshop.

Throughout the book, Zhang gives her narrators strong voices and the courage to face harsh realities. Their vulnerabilities, doubts and frustrations spill out in long, sometimes manic sentences that bring to life their quarrels with American culture as well as their Chinese heritage.

"A lot of problems that I was coming up against when I was in college, like when a relationship fails, I always think that this has to be tracked back to something that happened in my early childhood," Zhang said.

In their examinations of childhood and young adulthood, both authors tap into a sense of being, as one of Zhang's narrators puts it, "bewildered by the prospect of finding some other identity besides 'daughter' or 'sister'."

But in their respective debuts -- Zhang with the six distinct narrators of her stories and Wang in her novel about a questioning chemist -- the authors create moving portraits of young women facing the terrors of growing up while also learning to inhabit a unique cultural space as Asian Americans.

Wang's "Chemistry" is out from Knopf, while Zhang's "Sour Heart" is the inaugural publication from Lenny, an imprint of Random House headed by actress and writer Lena Dunham.