Emperor Akihito and Empress Michiko visited Fukuoka on Friday to console people affected by torrential rain that hit the southwestern Japan prefecture and its vicinity in July.

The imperial couple were originally scheduled to visit Fukuoka for three days from Saturday to attend a ceremony for the national convention on maritime resources. But reflecting their concern about the damage caused by the disaster, the trip was extended to four days to allow them to visit the affected areas, according to the Imperial Household Agency. 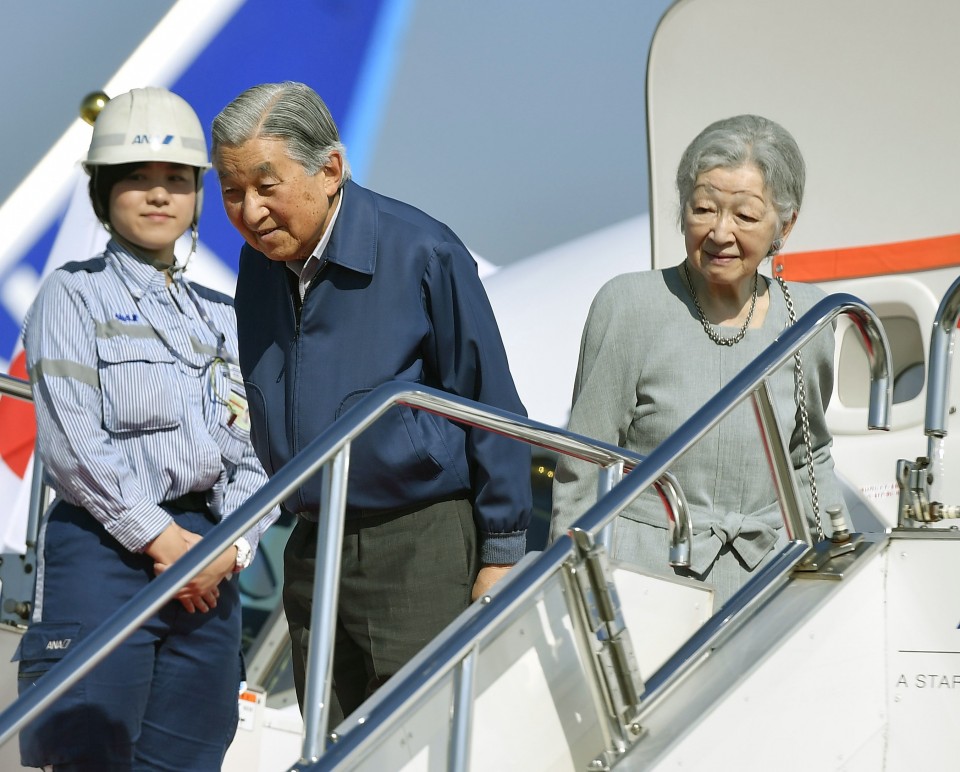 After arriving in Fukuoka by plane, the emperor, 83, and empress, 83, soon left for areas hit hard by the calamity, which left 37 people dead. The planned destinations are Asakura in Fukuoka and Hita in neighboring Oita Prefecture.

The couple are expected to meet affected people, as well as firefighters and police officers engaged in rescue operations, before traveling to Kitakyushu in Fukuoka where they will stay the night.

On Saturday, they are scheduled to visit an exhibition of paintings and calligraphy in Kitakyushu. The two will attend the ceremony for the convention on Sunday and return to Tokyo the following day, the agency said. 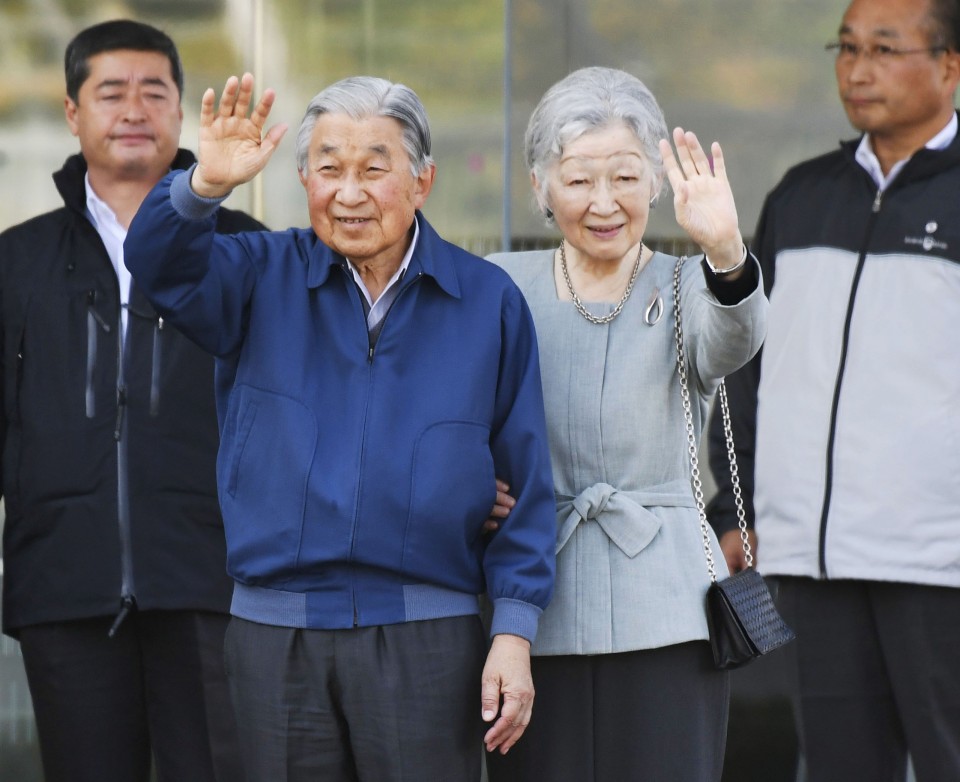 The trip precedes their planned visit to remote islands in Kagoshima Prefecture from Nov. 16 to 18. During the travel to Yaku Island and the Amami group of islands in southwestern Japan, the emperor and empress are expected to meet citizens affected by a volcanic eruption on Kuchinoerabu Island in 2015.