Thais across the nation and around the world are counting down the days to say a final goodbye to their revered King Bhumibol Adulyadej as a royal cremation ceremony for the monarch who died last year draws near.

With less than a week to go, King Vajiralongkorn Bodindradebayavarangkun, the late king's only son and heir, on Wednesday presided over a ceremony of raising a nine-tiered umbrella atop the royal crematorium, marking the completion of its yearlong construction. 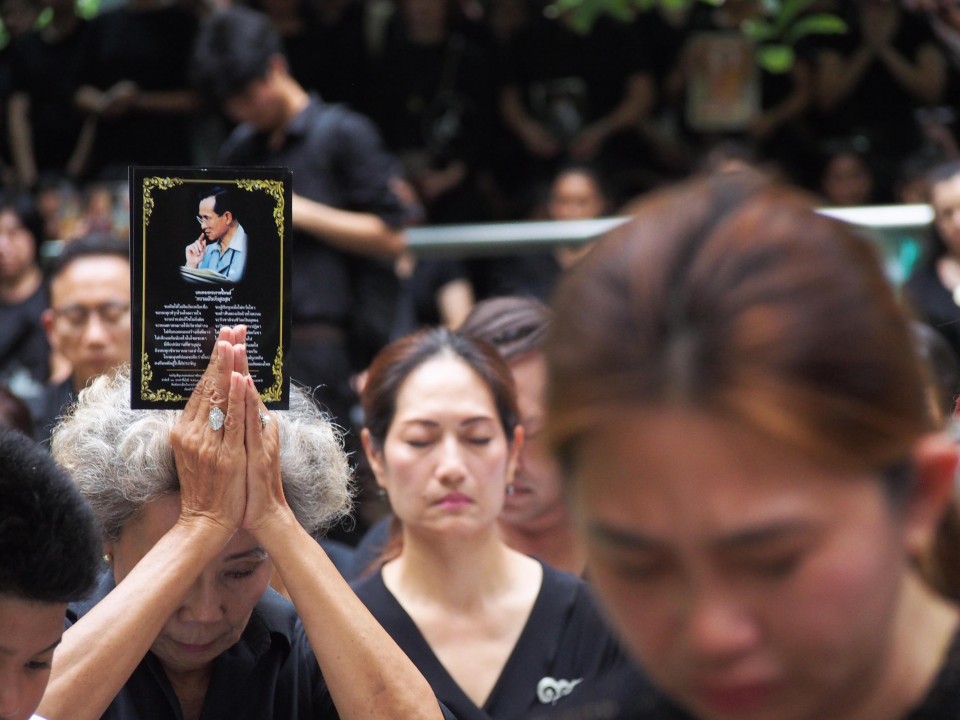 The king's death on Oct. 13 last year, at the age of 88, plunged the nation into grief. It was followed by a one-year official mourning period.

Pitsutpong Endoo, 38, a lecturer at Rajamangala University of Technology's campus in Surin, northeastern Thailand, said he is determined to honor the king by following the examples that he set for the Thai people. That means living a life of self-sufficiency, responsibility and goodness, he said.

The king, who lost his right eye in a car accident in Switzerland when he was 20, "never lost his vision for the country," Pitsutpong said, with his voice shaking.

The king, who spent his entire childhood overseas and was never raised for the monarchy, was the first monarch to visit people in Thailand's poorest and most remote villages to learn about their living conditions and problems.

"I was just a low-ranking civil servant back then while accompanying His Majesty to the remote areas," recalled Somwang Boonwayong, a provincial government official in Chiang Mai, northern Thailand.

"I still remember that no matter how much the road was rough, he never gave up on making his way to reach his people," he said.

Over the past 337 days since the king died, about 12.7 million royal subjects have paid their respects before a royal golden urn at the Dusit Haha Prasat Throne Hall.

The throne hall is now closed to prepare for the five-day royal cremation ceremony that starts next Wednesday, with the cremation itself taking place on the second day.

About 200,000 Thais are expected to turn out at a large ceremonial ground, Sanam Luang, to send off the cherished monarch for the last time, while many businesses across the nation will come to a halt. 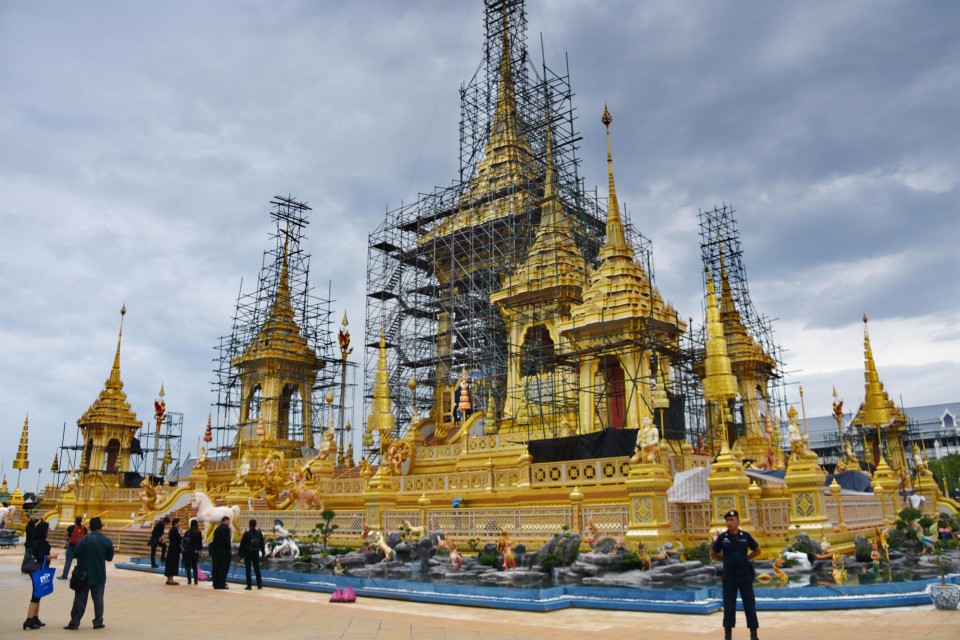 Although King Bhumibol was a constitutional monarch without a formal political role, he was a unifying force in a country that often undergoes bitter political turmoil.

Hathaiphan Thodee, a 25-year-old local journalist from Chiang Mai, said she hopes the king's teachings will serve as a guiding light for Thailand, showing it a safe direction.

"His passing broke our hearts, but we Thais must strictly uphold his teachings," she said.

Tireless works and trips both upcountry and abroad continued throughout most of the king's 70-year reign until illnesses forced him to spend his final years in hospital. Still, he continued working from his sickbed.

"When he (King Bhumibol) was still much young and able, he was barely seen without his working tools -- a camera, a self-made map, a notebook and a pencil while traveling to villages. He walked for a long distance with his face soaked with sweat to meet his people," said Abdullah Mali, a disabled painter from Songkhla, a southern province with a large Muslim population.

The 26-year-old artist was also grateful for the king's uncountable anti-poverty and environment-friendly projects, especially his well-known philosophy of sufficiency economy, which combined to greatly alleviate impoverishment and destitution.

"He was a King of Development. He could predict the future of Thailand," Abdullah said.

It is not only Thais who will miss King Bhumibol.

Noe Nguyen, an 83-year-old Vietnamese who came to Thailand as a refugee 70 years ago, praised the king's kindness and Thailand's hospitality.

"Because of the Thai royal family's kindness and their selfless dedication to the country, our family decided to continue living in Thailand," she said.

Nguyen said she used to be angry with her husband for not following their relatives to the United States to live. But over time, she said, "I realized that Thailand is the best country because of King Bhumibol."