Powerful Typhoon Lan hit central Japan, causing floods and mudslides and killing at least seven people as of Oct. 23 as it traveled along the Pacific coast of the country's largest main island.

Kyodo reporters captured scenes of the disaster from a helicopter as well as on land. 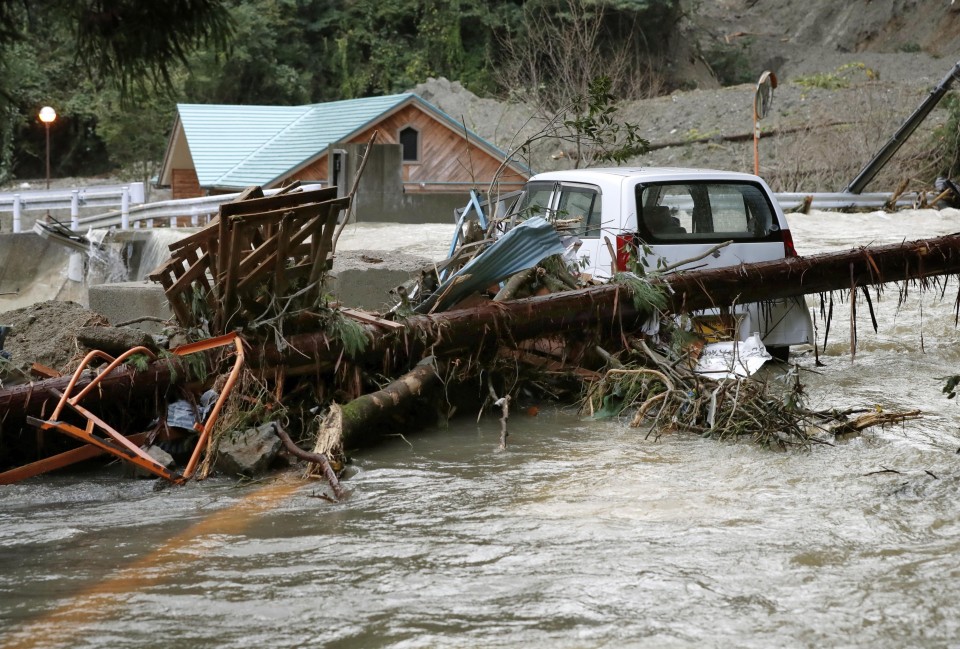 Kishiwada, Osaka Prefecture, was one of the cities hit the hardest by the typhoon. 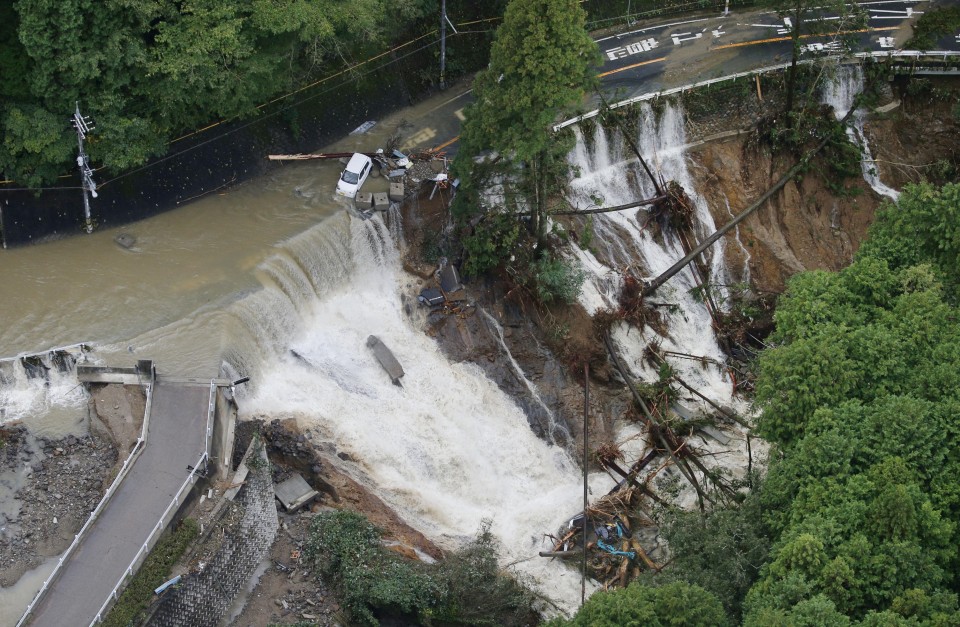 Some roads in the city were severed due to mudslides triggered by the torrential rain. 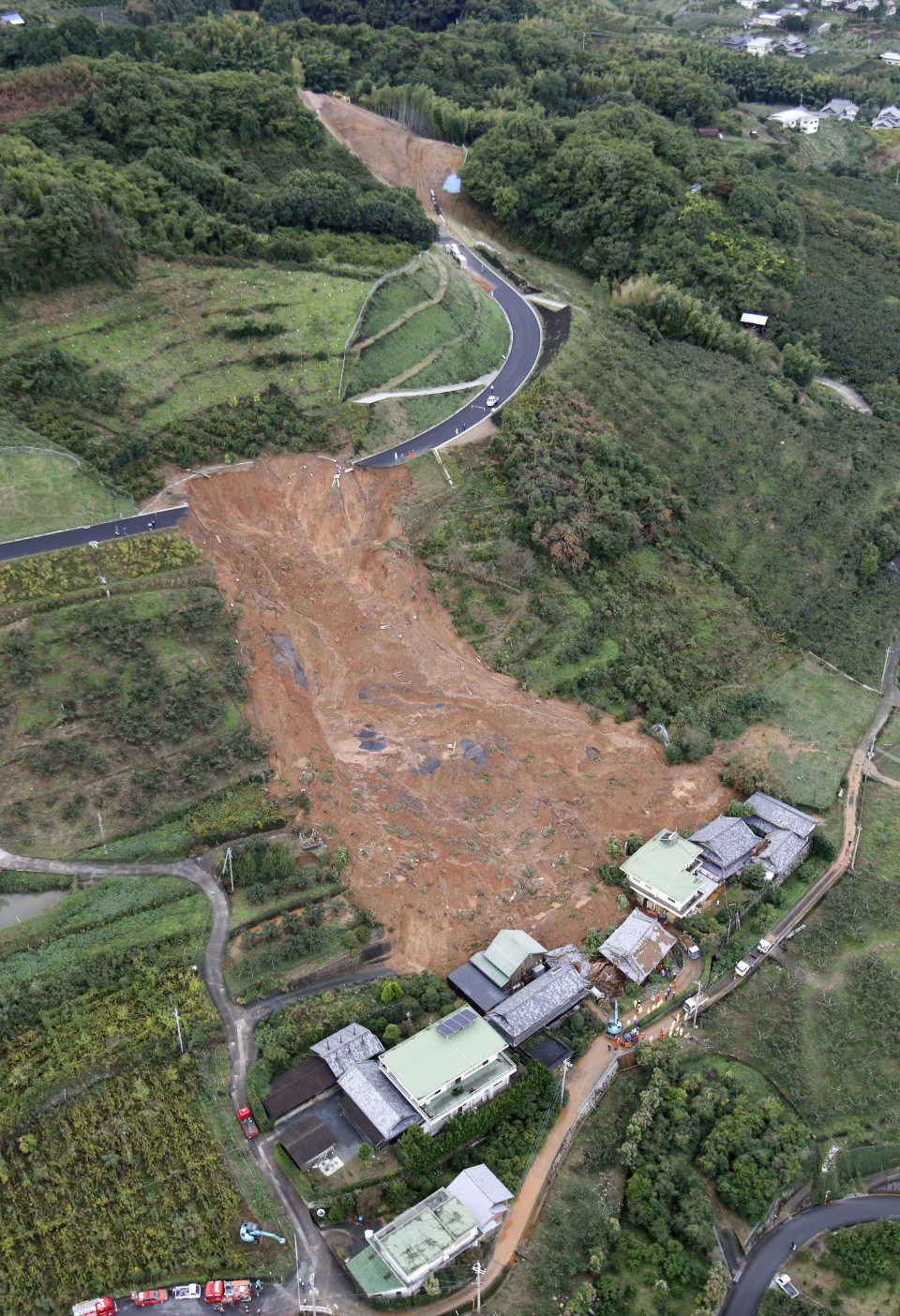 A major mudslide occurred in Kinokawa, Wakayama Prefecture, as well. 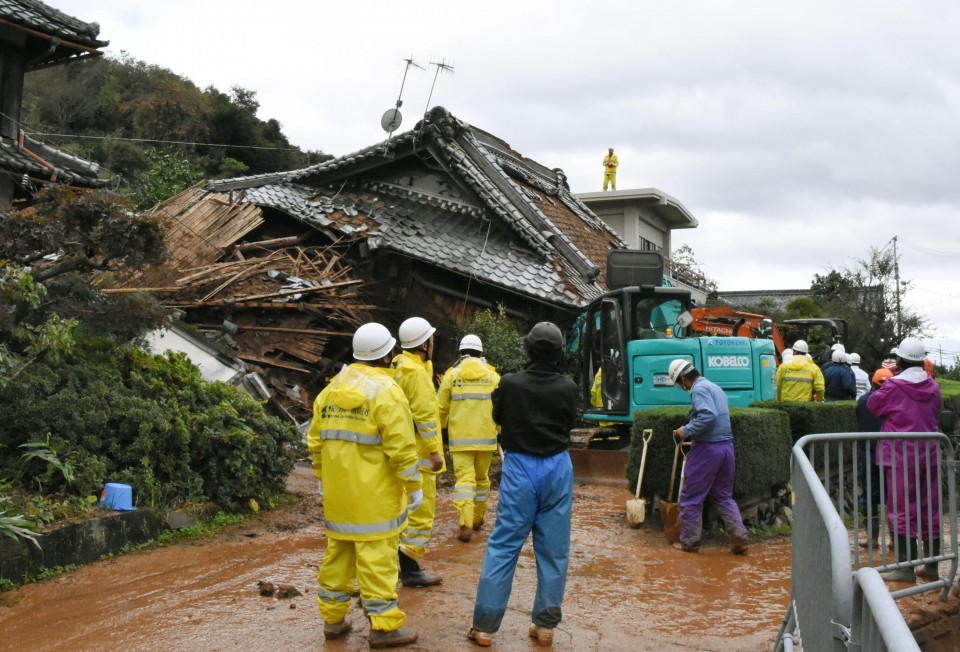 One person went missing after the mudslide hit a house. 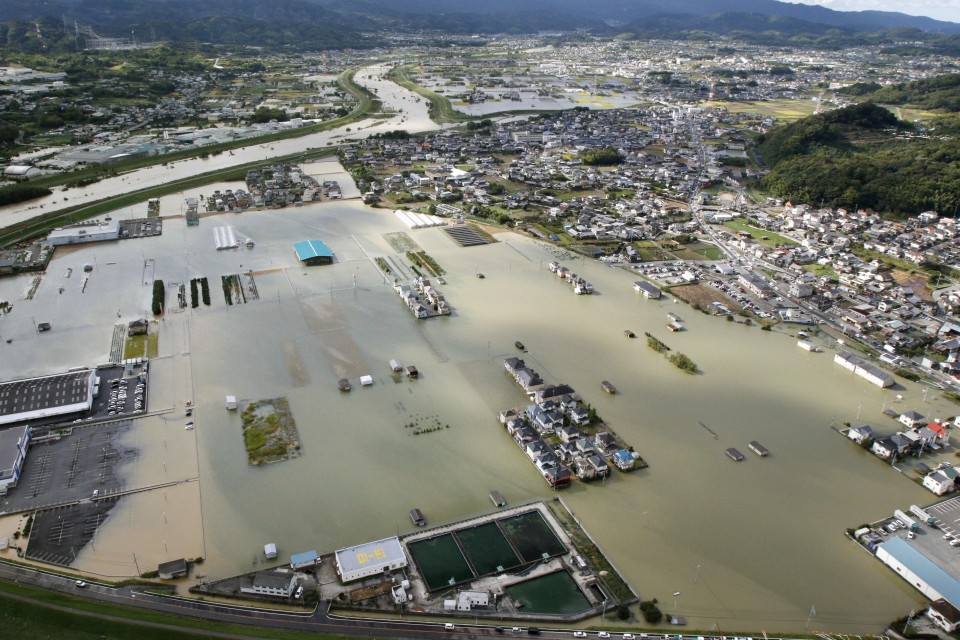 The typhoon dumped 800 millimeters of rain in 48 hours to Sunday evening in the western Japan prefecture.

A vessel anchored inside the Toyama port crashed into tetrapods due to the typhoon. 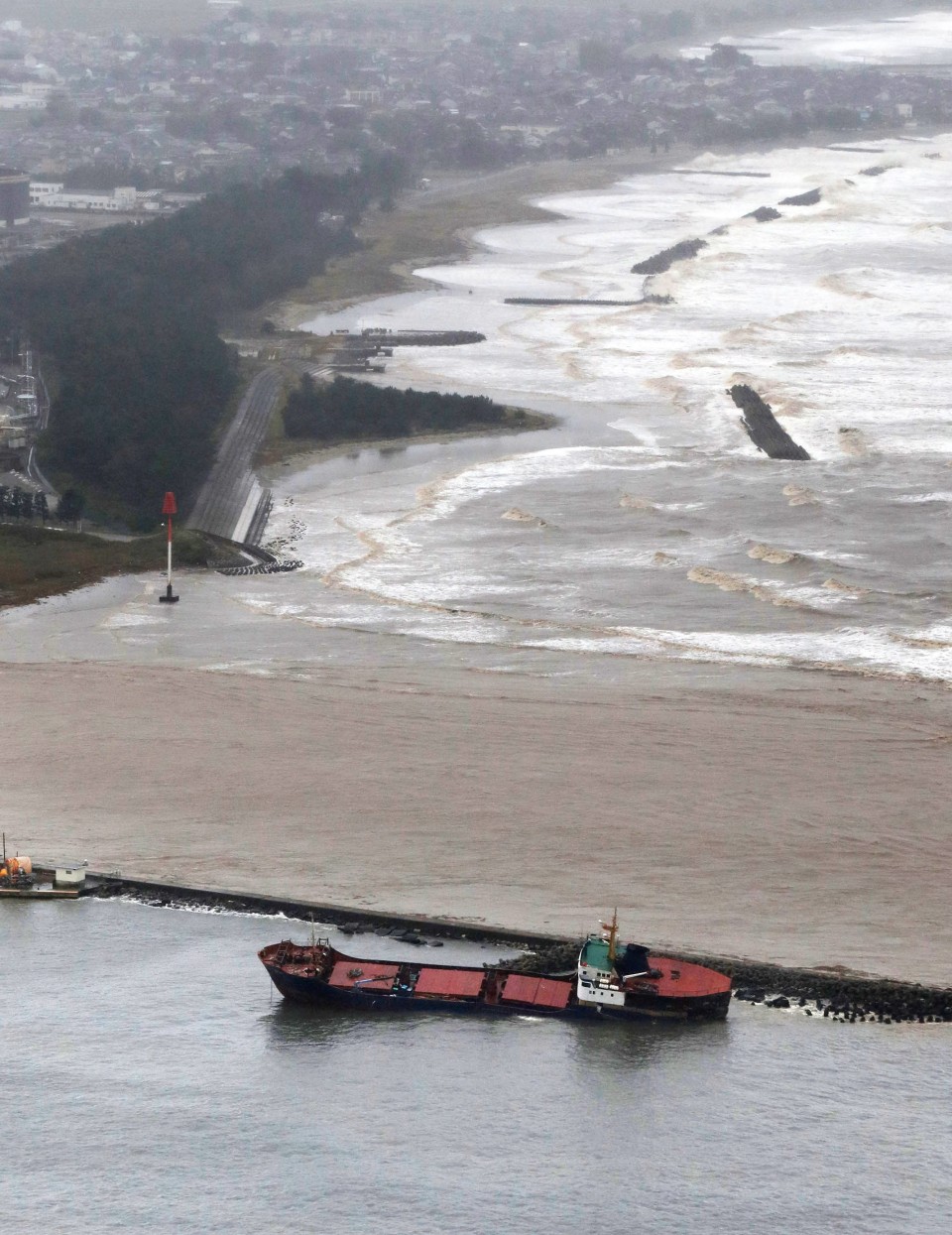 Strong winds were observed in a wide area of Japan. 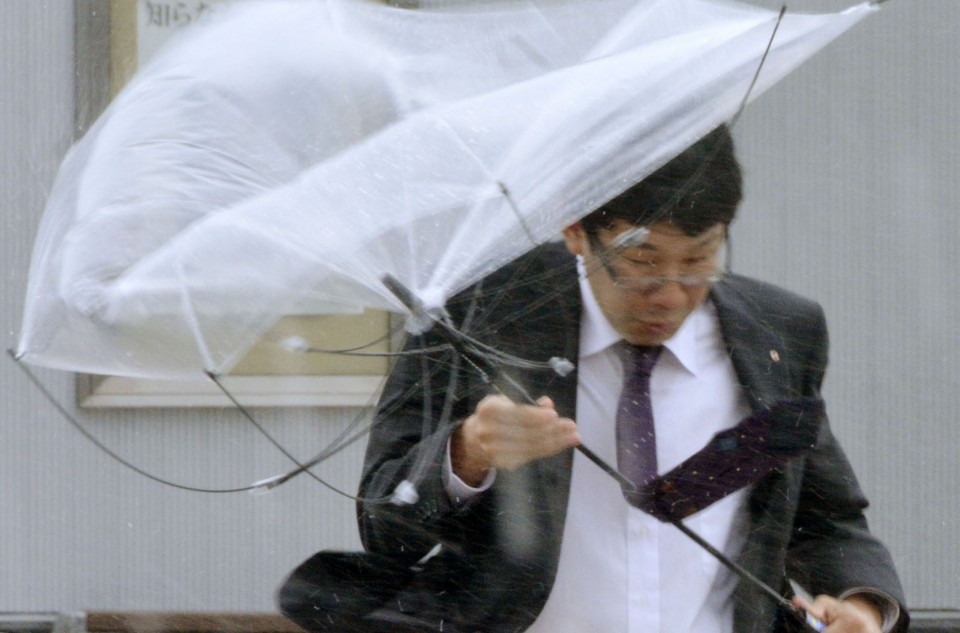 Nagi, Okayama Prefecture, recorded a gust of 164.5 kph, while a gust of 143.3 kph was registered in Kobe, Hyogo Prefecture. 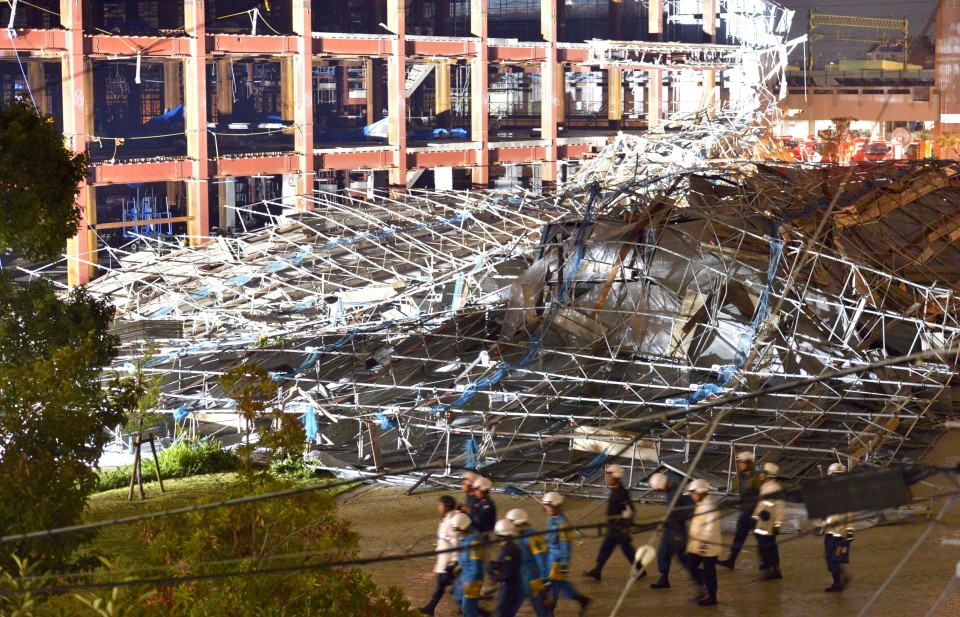 Scaffolding at a construction site collapsed due to strong winds in the city of Fukuoka, southwestern Japan, killing a 63-year-old man who was passing by.