Japanese casual clothing chain operator Uniqlo Co. has been placing vending machines in airports and malls in U.S. cities, offering two of its most popular items for customers to choose from and purchase using a touch screen.

The company has installed five of the so-called "Uniqlo to go" machines since Aug. 2, including one at California's Oakland International Airport. It plans to roll out such machines at five more locations in the near future. 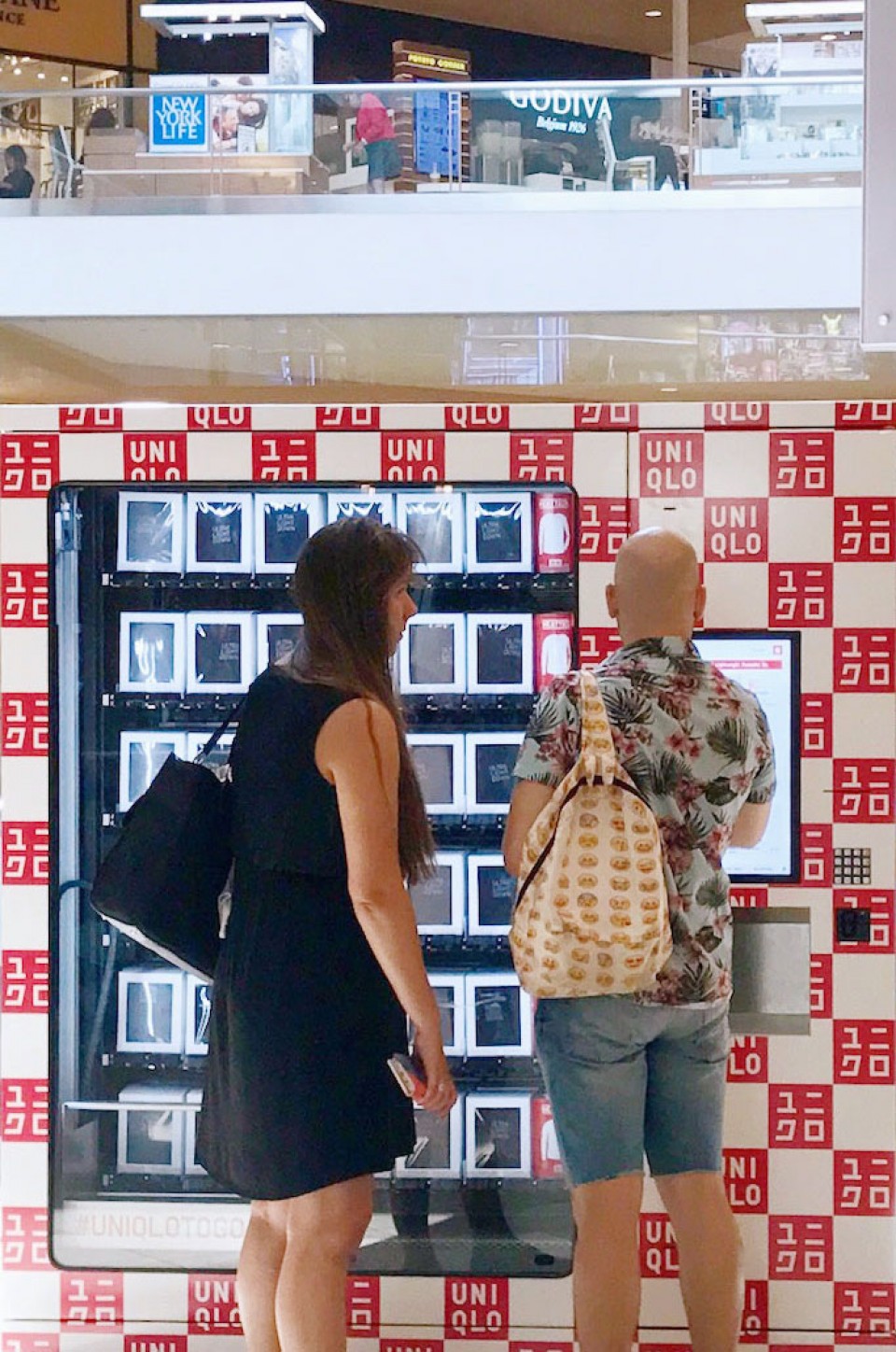 "We are looking forward to introducing a new and easier way of shopping," said Hiroshi Taki, chief executive officer of Uniqlo USA LLC, adding the machines provide "convenience to travelers looking for a warm jacket without the bulk or a versatile undershirt, all with the push of a button."

In Queens Center, a shopping mall in New York City, a Uniqlo vending machine attracts occasional shoppers. Tucked between a jeans shop and a fast-fashion brand store, the machine offers light-weight down jackets at $69.90 and heat-tech shirts at $14.90 for both men and women.

"I have seen a vending machine selling makeup, but this vending machine sells clothes, which is really unusual. I really like it," a woman from Queens said. "I wanted to buy my son a shirt here, but I don't know what size he is, so I have to bring him tomorrow."

Uniqlo, which entered the U.S. market in 2005, had 45 stores across the country as of the end of July. The company has yet to achieve profitability in the country, but hopes the vending machines are a move in the right direction.