Typhoon Saola traveled along the Pacific coast of Japan's main island of Honshu on Sunday after bringing record rainfall to Kyushu, with the weather agency saying the typhoon will next dump heavy rain in the Hokuriku region on the Sea of Japan. 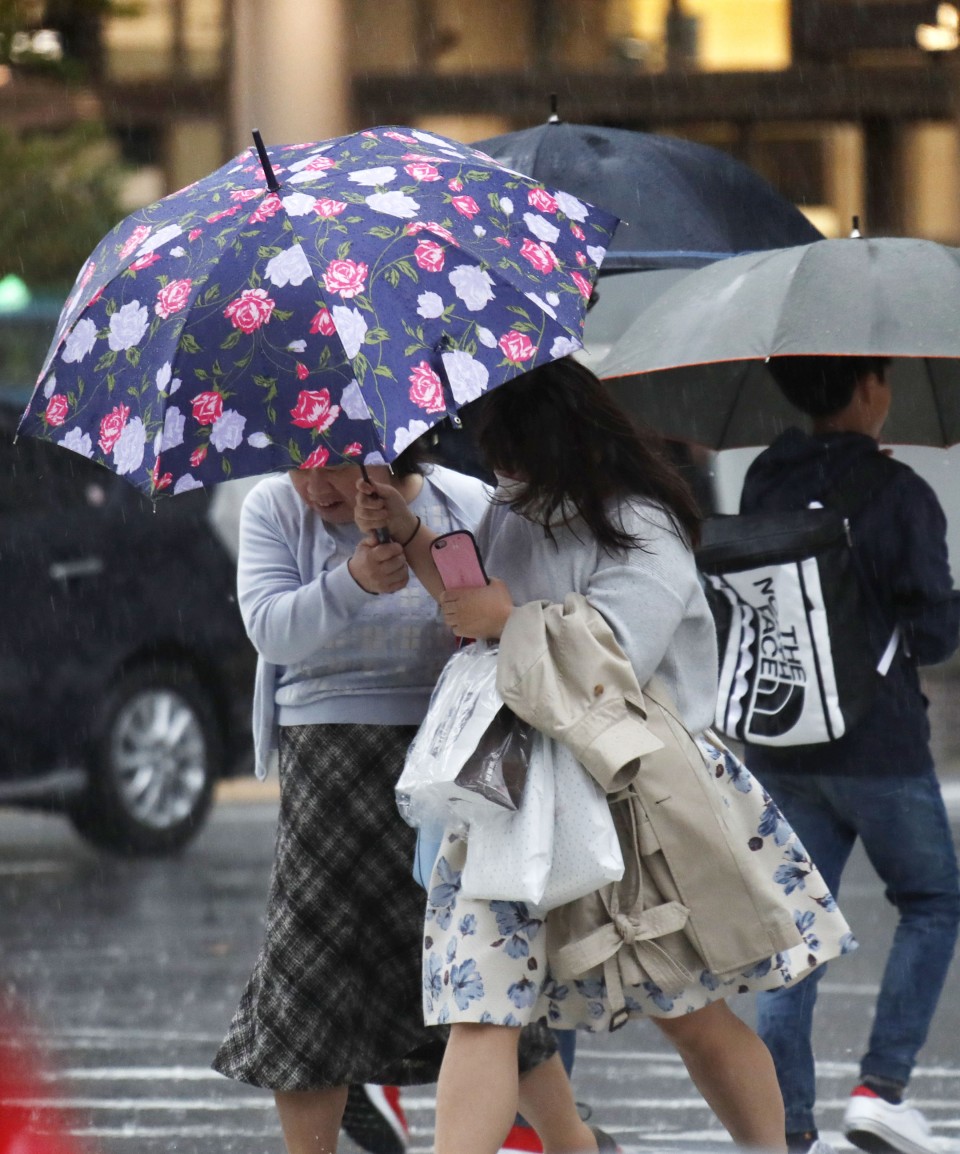 The season's 22nd typhoon was moving 170 kilometers west of Miyake Island in central Japan as of 6 p.m. Sunday, with an atmospheric pressure of 975 hectopascals, it was heading north-northeast with winds of up to 162 km per hour.

In Kyushu's Miyazaki Prefecture, more than 400 millimeters of rain was recorded in the 24 hours to Sunday morning, a record in the region.

The Japan Meteorological Agency warned the public to expect high winds, flooding of rivers and mudslides in wide areas of Honshu. The typhoon is expected to become an extratropical cyclone by Monday morning.

The latest typhoon comes after Typhoon Lan battered vast areas of the country with heavy rain and strong winds just a week ago, killing seven people and injuring nearly 100 others. It also caused floods, mudslides and traffic disruption.

The agency said Saola will continue along the Pacific coast in the direction of eastern Japan including Tokyo, with high winds expected in wide areas on the Pacific side of the country through Monday.

Through 6 a.m. Monday, 200 mm of rainfall is forecast for the Tokai region in central Japan, 150 mm for Kinki, Hokuriku, as well as the Kanto-Koshin region, including Tokyo, and 120 mm in the Shikoku region in western Japan.

Japan Airlines Co. and All Nippon Airways Co. have canceled flights mainly to and from the Okinawa and Kyushu regions in southwestern Japan.

The latest typhoon has also disrupted events such as the 37th Oita International Wheelchair Marathon. The competition, to be held in the southwestern Japan city of Oita from Sunday morning, was canceled due to the typhoon, its organizers said.