A court ordered Japanese advertising giant Dentsu Inc. on Friday to pay 500,000 yen ($4,400) for labor practice violations, resulting in the suicide of a new recruit due to excessive working hours.

"Illegal long working hours were becoming the norm" at Dentsu, judge Tsutomu Kikuchi said. "It cannot be overlooked" that the practice led to the death of the 24-year-old Matsuri Takahashi in December 2015, the ruling of the Tokyo Summary Court said.

Takahashi's suicide just months after she entered Dentsu sparked a national debate over the severe working conditions many Japanese workers endure and had a major impact on the government's initiative to improve working conditions.

The ruling noted that Dentsu did not implement drastic measures, such as cutting the amount of work or increasing the number of employees even when a Labor Standards Inspection Office issued an order to improve the situation.

"Overtime work without payment was also rampant" at Dentsu, the ruling added.

"I am keenly aware of the severity of (our) responsibility and take the ruling gravely. I again offer my sincerest apologies," Dentsu President Toshihiro Yamamoto told a press conference following the trial.

Takahashi's mother Yukimi told reporters, "I do not trust Dentsu" for implementing steps to improve its labor conditions. "I hope society as a whole will continue to monitor" the company.

She also said she hopes for a change in law that would strengthen penalties when an employee dies.

According to the ruling, between October and December 2015 Dentsu made Takahashi and three other employees work between 3 hours and 30 minutes and 19 hours and 23 minutes more than the monthly overtime limit of 50 hours allowed under a labor-management agreement. 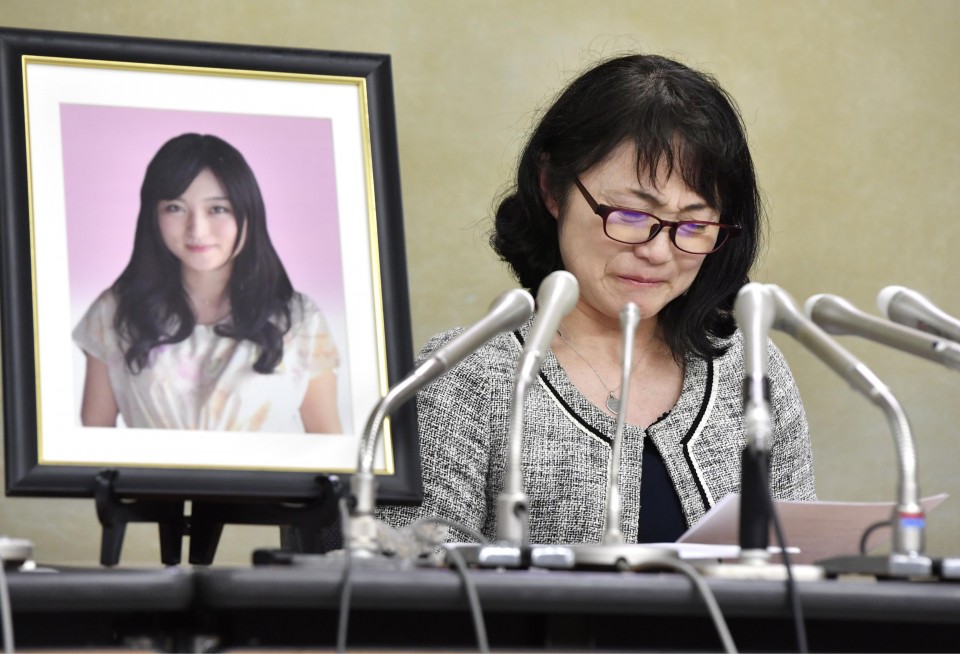 In the case investigated by the Tokyo Labor Bureau's special squad that handles serious violations, three Dentsu executives and three officials from its branch offices were referred to prosecutors.

The prosecutors later suspended their indictment, and instead summarily indicted Dentsu as a company, saying the matter related more to corporate practices and that individual executives cannot be heavily blamed in the case.

But the court said the summary order, which is issued without an open trial in simplified criminal proceedings, was inadequate and instead decided to try Dentsu in an open session.

In September last year, a local labor standard office recognized Takahashi's suicide as a case of "karoshi," or death from overwork, after determining that she had worked 105 hours of overtime in a one month period before showing symptoms of depression.

She jumped to her death from her company dormitory in Tokyo on Christmas Day in 2015.