Japanese consumers have been turning to barley-based food products thanks to the fiber-rich cereal crop's reputation for helping maintain intestinal health and reduce weight.

At lunch time one day in October, a Lawson convenience store in a business district in Tokyo's Shinagawa Ward was crowded with people buying meals.

A female company employee picked up a cup of ready-to-go soup of barley together with diced chicken and six kinds of vegetables such as burdock and onion.

"I bought this because barley is good for our health," she said. "This is my first time to buy this soup and I cannot wait to eat it."

The soup, priced at 399 yen ($3.50) a cup, can be warmed in a microwave. It is very popular among women in their 30s and 40s, said a store worker, adding some of the customers also buy a rice ball made from barley, soy bean and salted dried kelp. The rice ball is priced at 125 yen each. 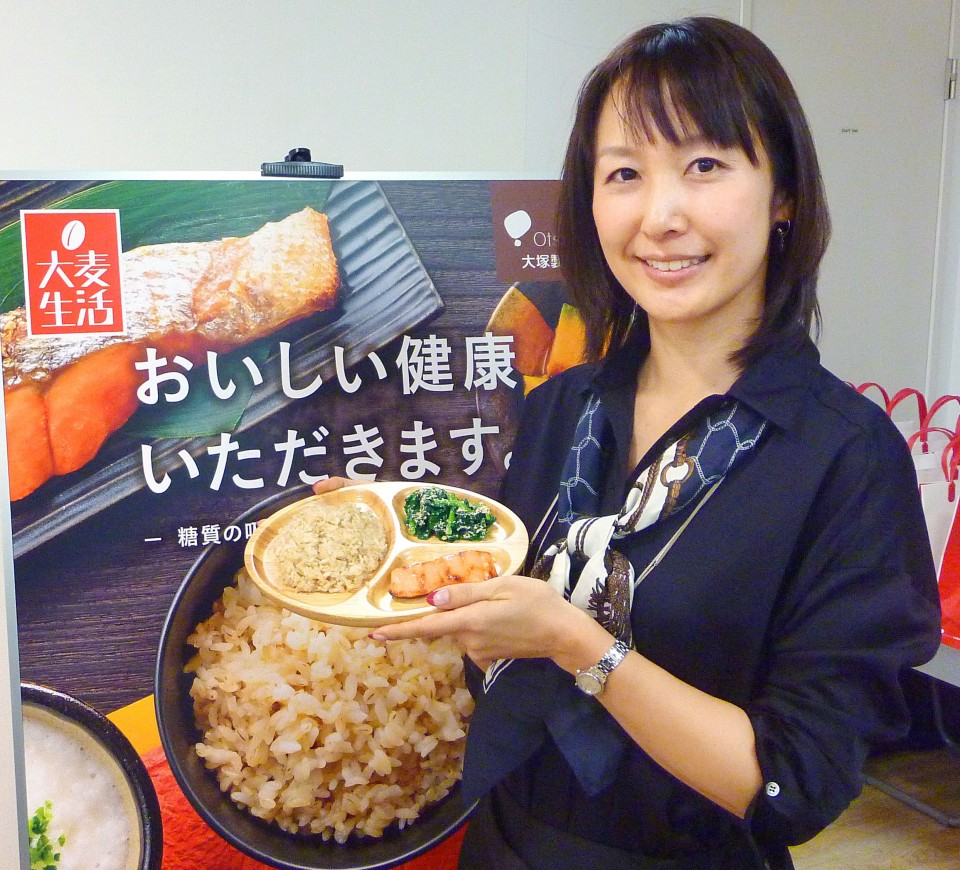 Otsuka Pharmaceutical Co. markets cooked barley in a retort pouch through mail order. The "Omugi Seikatsu" (barley lifestyle) series of products has been registered with the Consumer Affairs Agency as a "functional food," comprising 40 percent rice and 60 percent barley.

The company has received a lot of positive feedback from customers.

The series comes in two flavors at a maker-suggested retail price of 216 yen for a 150-gram pouch.

To cook, barley requires slightly different preparation to rice. In order for easier consumption, makers have developed methods of polishing the grain so it can be cooked together with rice at home.

Hakubaku Co., based in the city of Chuo, Yamanashi Prefecture, for example, has developed "Mochi Mugi Gohan" that can be cooked at home with rice.

Consumers say they have enjoyed the "lumpy texture" of the product, according to company officials. Barley is good for home-made lunches, as it maintains its taste when cold, they said. The maker prices the product at 486 yen for a set of 12 packages, each 50 grams.

Supermarket chain operator Aeon Co. sells under its Topvalu store brand "Haiga Mochi Mugi," which also can be cooked together with rice, at a price of 386 yen for a package of 800 grams.

"Barley has been confirmed to have benefits, such as curbing rises of blood sugar levels and keeping the sense of satiety after eating," said Professor Seiichiro Aoea, a nutrition expert from Otsuma Women's University.