Hundreds of thousands of black-clad mourners turned out in Bangkok on Thursday to bid final farewell to King Bhumibol Adulyadej, who died last year, as ceremonies proceeded for his cremation later in the day.

In a large procession, royal guards and an elaborate chariot carrying a royal urn slowly made their way from the Grand Palace to a specially built royal crematorium at the Sanam Luang ceremonial ground. 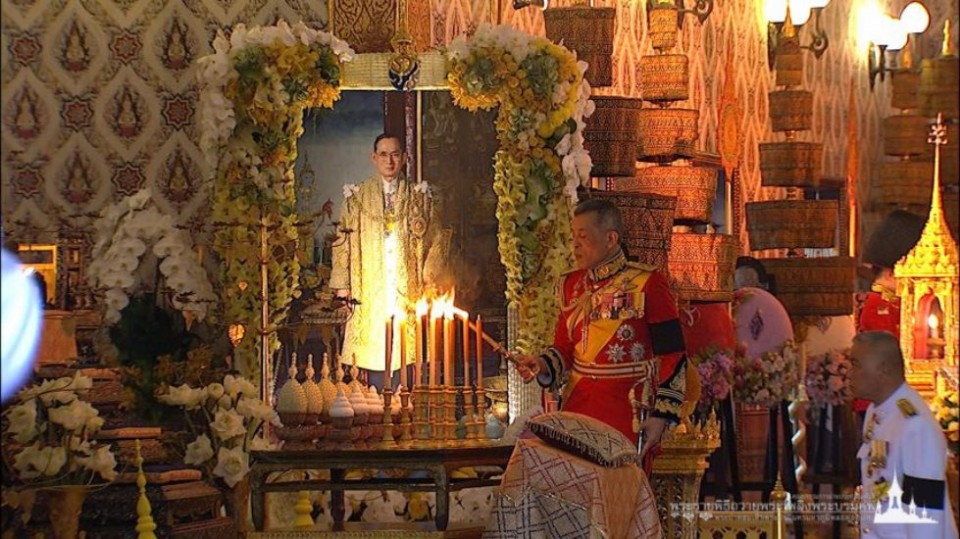 The nearly 2-kilometer procession, which ran for almost four hours, was joined by King Maha Vajiralongkorn -- the late king's son and successor -- and his sister Princess Maha Chakri Sirindhorn, along with Prime Minister Prayut Chan-o-cha.

After the urn was placed on a pyre inside the crematorium, King Maha Vajiralongkorn presided over a symbolic cremation ceremony with members of foreign royal families and other dignitaries in attendance.

A private ceremony was later held at 10 p.m. for the actual cremation, which took place with no live broadcast.

The first event of the day was a Buddhist rite performed at the palace by King Maha Vajiralongkorn before the urn. After the rite, the urn was removed from the Dusit Maha Prasad Throne Hall inside the palace by the king's royal guards and transferred to the chariot at the temple nearby on a royal palanquin.

In the procession, which began at around 7:30 a.m., more than 200 men pulled the large, gilded chariot. Called "Great Victory Chariot," it has been in use in royal funerals for more than 200 years.

Along the procession route from the palace to Sanam Luang, mourners sat on the ground with sad expressions on their faces.

Most of them were seen carrying photos of King Bhumibol, who reigned for seven decades and continues to command respect from most Thais as their beloved king. 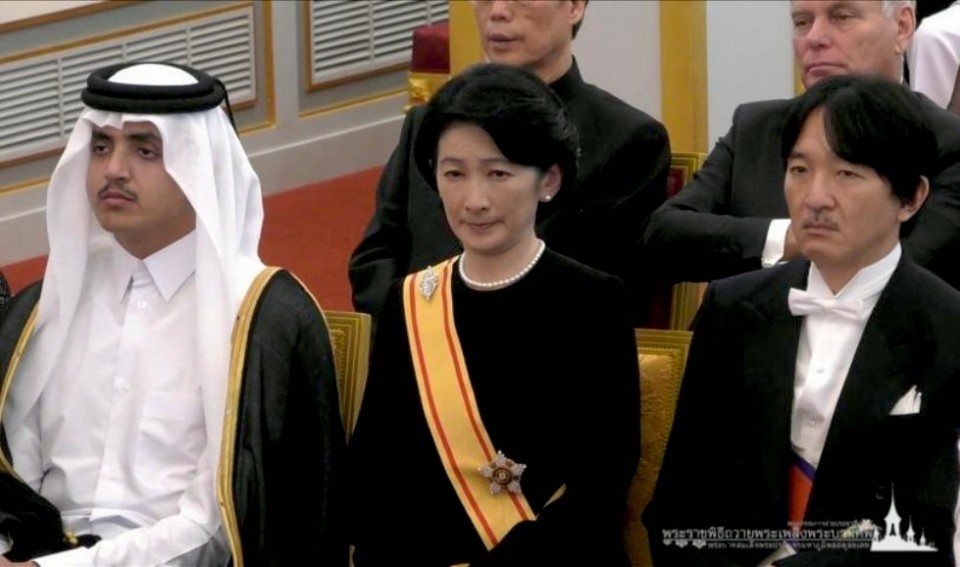 Royal crematorium replicas have been built in all provinces, allowing people who cannot come to Bangkok a chance to bid their final farewells to the late king. The ceremonies in each province were scheduled to start at the same time, as were those organized at Thai embassies abroad.

Ceremonies were also scheduled at several places in Bangkok, including temples, public parks, and some department stores, to offer sandalwood flowers, known as cremation flowers, for the king.

One of the mourners at Sanam Luang, 65-year-old Wandee Wipatnavin, a retired teacher from northeastern Thailand, said she was happy to be part of the ceremony even though she was sad to finally have to say goodbye to the late king.

"What we can do for him (King Bhumibol) is follow in his footsteps," she said.

Prayut, after the ceremony, urged Thais to cope with sadness and transform it into a positive force by performing their duties as citizens.

"We shall jointly protect and develop Thailand, bringing our country to prosperity as His Majesty the King wished. He will be in our heart forever," he said.

Thursday's ceremonies were part of the five-day funeral that concludes on Sunday. The king's cremated remains and ashes will be collected on Friday and will be placed in the palace and two royal temples in the capital.

King Bhumibol ascended the throne in 1946 at the age of 18 and went on to become the world's longest-reigning monarch. He is held in high regard by many Thais for the dedication he showed to the people and the country.

The king died on Oct. 13 last year, at age 88, plunging the nation into deep mourning. Until his death, the king had spent most of his last few years in hospital battling various illnesses including pneumonia and blood infection.

The Royal Household said more than 12 million people came to the Grand Palace to pay their respects at the royal urn in the year since he died. 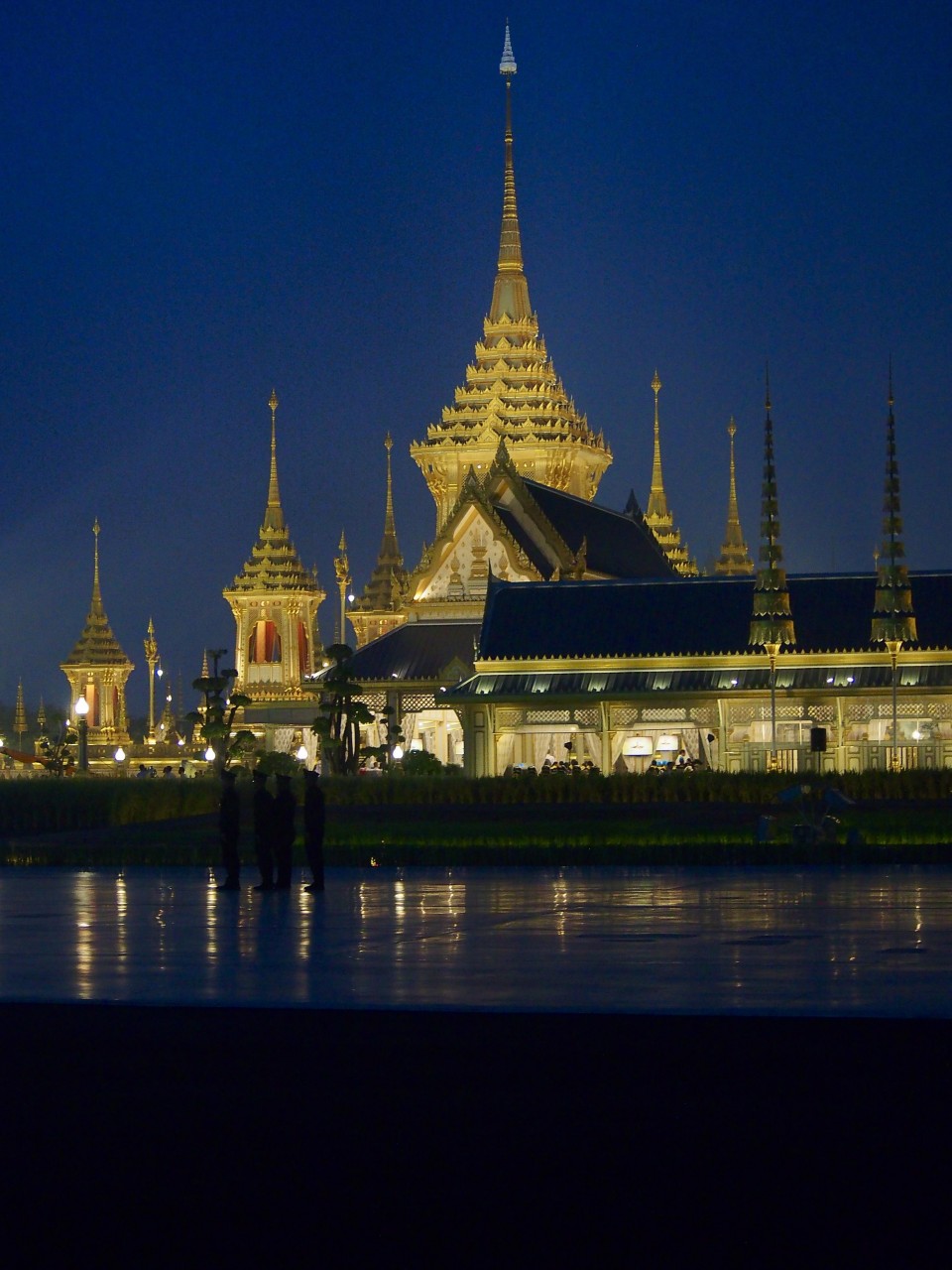