One of the largest of Myanmar's ethnic groups expressed concern Sunday that the fitful process of ending ethnic rebellions around the country could be derailed by the Rohingya crisis in Rakhine state.

At a ceremony in the capital Naypyitaw making the second anniversary of the signing of the Nationwide Ceasefire Agreement, the Karen National Union issued a statement expressing concern over the mass displacement of Rohingya Muslims in Rakhine since late August.

"The handling of the crisis in northern Rakhine by the government and the Tatmadaw (military) brings to mind what the KNU and the Karen people experienced under...aggressive military operations that caused over 200,000 Karen people to become internally displaced persons and over 150,000 to become refugees."

"The KNU regrets witnessing the repeat of this history while efforts to achieve peace (with officially recognized ethnic groups) are being made, and is gravely concerned that the peace process will be derailed," the statement said.

According to a report issued by the U.N. human rights commission last week, more than 500,000 Rohingya have fled to Bangladesh as a result of "well-organized, coordinated, and systematic" military operations against them since Aug. 25, when Rohingya militants attacked nearly 30 police posts and an army camp. 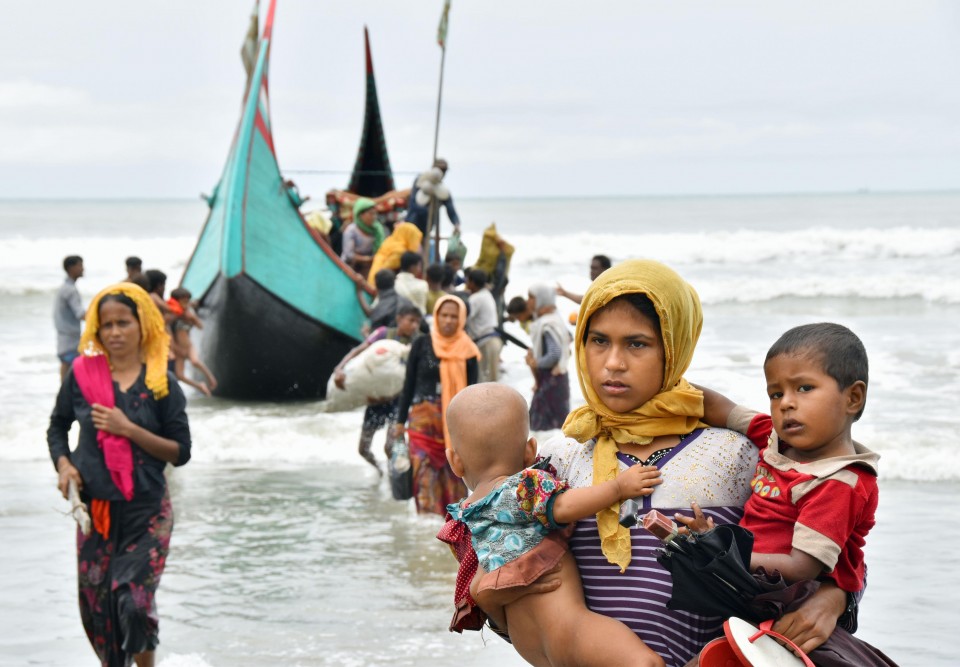 The government does not recognize the hundreds of thousands of Muslim Rohingya living in the far western state of Rakhine, bordering Bangladesh, as a legitimate ethnic group, but rather as illegal immigrants.

As a result, the Rohingya have not been included in the peace process begun six years ago to end the ethnic rebellions around the Southeast Asian nation of approximately 53 million people.

Since the country previously known as Burma regained its independence in 1948, armed conflicts have raged between successive governments and various armed ethnic organizations.

However, the ceremony Sunday was held to mark the second anniversary of the signing of a ceasefire agreement between the government headed by former President Thein Sein, and eight rebel groups including the ethnic Karen National Union, which had been fighting the government military for over 60 years.

About a dozen other ethnic rebel groups, including the most powerful ones, the United Wa State Army and the Kachin Independence Army, which have tens of thousands of soldiers and occupy land along Myanmar's porous border with China, are yet to sign the agreement or even join the peace process.

Other groups are involved in negotiations but have not yet signed the agreement, demanding further concessions from the government and the military.

Military commander-in-chief Senior Gen. Min Aung Hlaing, speaking at the same event, warned that all armed ethnic organizations must sign the agreement as it is the only path to political dialogue.

In her address, Myanmar State Counselor Aung San Suu Kyi urged all stakeholders in the peace process to work to turn the country into a federal democratic union. 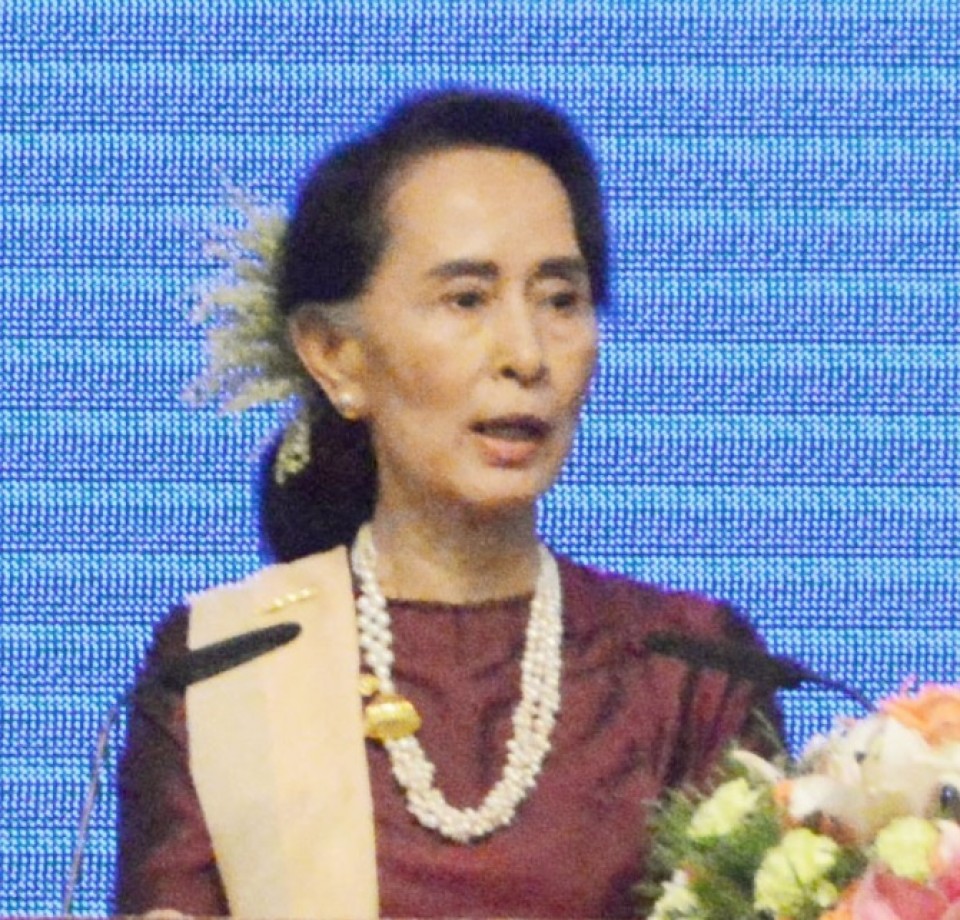 Suu Kyi, who was awarded the Nobel Peace Prize in 1991 for leading a non-violent struggle for democracy and human rights, noted Myanmar has "not had a single moment of complete peace since Independence" because of the many ethnic conflicts.

"The national reconciliation and peace efforts of our country cannot be perfect all the time," said Suu Kyi, who has been severely criticized by foreign human rights organizations over recent weeks for visibly doing little to protect Myanmar's Rohingya population.