Football: Japan hope Halilhodzic will stay on as coach through Russia 2018

Vahid Halilhodzic silenced his critics by steering Japan into next year's World Cup finals on Thursday, and the achievement was duly recognized as the president of the Japan Football Association said after a 2-0 qualifying win over Australia that he hopes the Bosnian will stay on as head coach through the end of Russia 2018.

The 65-year-old Halilhodzic came into the match amid reports that anything less than victory over Asian champions Australia could cost him his job.

But the decision to start young and relatively inexperienced players in Thursday's win paid off handsomely as goals in each half from Takuma Asano and Yosuke Ideguchi secured victory in their penultimate qualifier.

"(Halilhodzic) has got us qualified with a (convincing) win like this so we would love for him to stay on with us through (the finals) in Russia," said JFA President Kozo Tashima.

Halilhodzic took a deep bow and received a rapturous applause at an emotional post-match press conference, during which he revealed a major problem in his private life had made him consider returning home before Thursday's match.

"This may not apply to all of you journalists but I know some of you here wanted me out quickly. I might have stayed on and I might have gone but I want to praise this team and I am proud of the account they gave of themselves today," said Halilhodzic.

"As I have said before, this match was for all the Japanese people. The victory is for them and I am reminded of the people of Kumamoto (hit by a series of earthquakes in April last year). I made a promise to them that we would qualify."

Halilhodzic did not reveal the nature of his private issue and refused to take any questions of any kind in the press conference. A JFA media official later revealed the problem was family related.

"I have a big problem in my private life. You may not know it but this issue occurred before the match and I actually considered returning home," said the former Algeria coach.

"But I have a responsibility to the people that support this team. When all the criticism started I stood strong because that is in my nature."

"I'm sure you are all relieved. We did want to qualify at an earlier stage and we could have done that if we had won all our previous matches. I am sure you have questions about the private issue but I can't talk about it right now."

Japan leave for Saudi Arabia for the last qualifier in Jeddah next Tuesday.

With qualification in the bag, Japan also now have two friendlies lined up for October. The team will face a yet-to-decided opponent in Toyota on Oct. 6 and Haiti in Yokohama four days later. 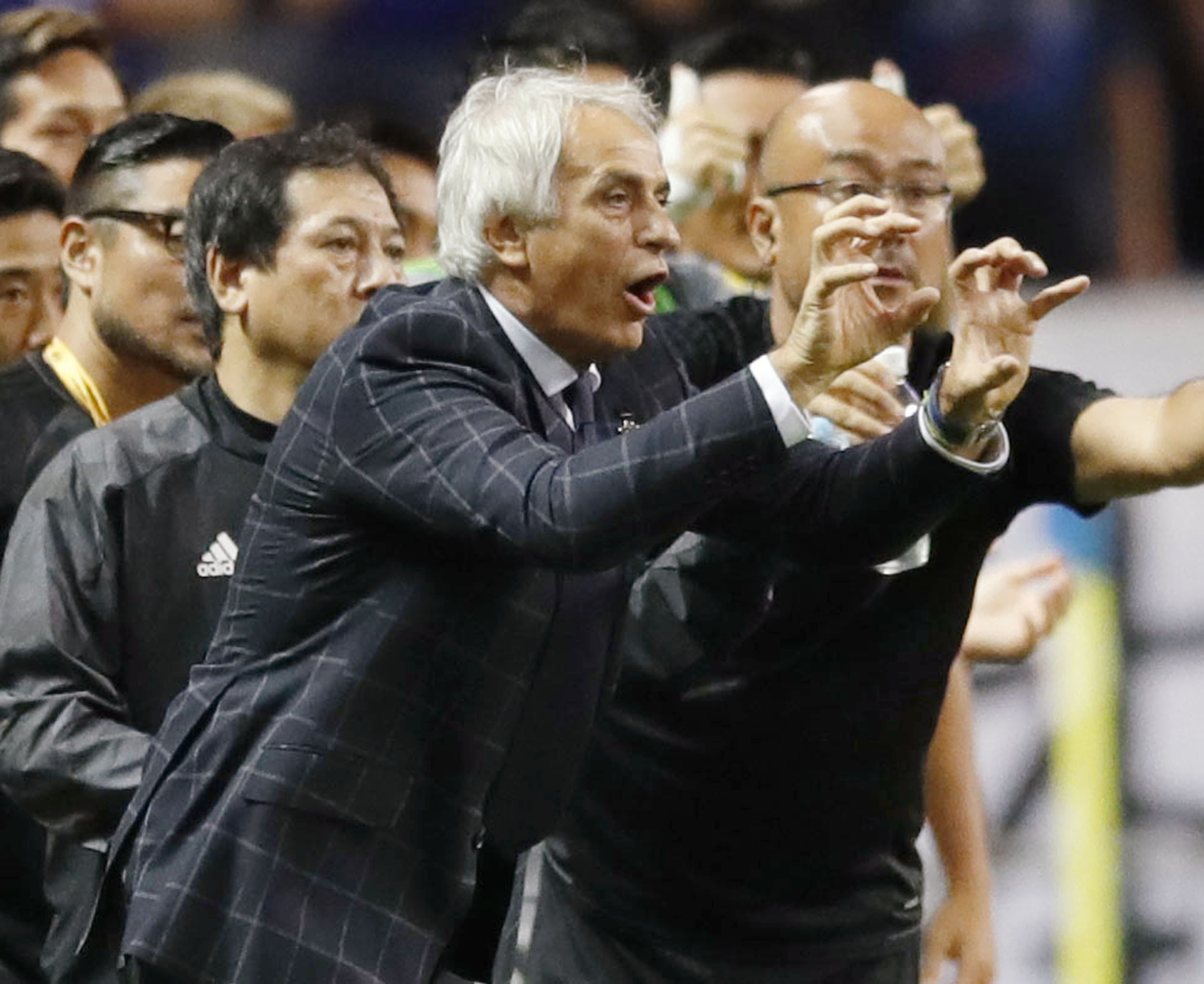