The United States military has concluded pilot error caused one of its Osprey aircraft to crash-land in waters off Japan's southern island of Okinawa in December, the Japanese government said Monday.

The finding was part of a final report released following a series of accidents involving the tilt-rotor aircraft in Japan and abroad which stirred safety concerns in Okinawa, where the bulk of U.S. military facilities in the country are based.

Okinawa Deputy Gov. Moritake Tomikawa visited Camp Foster in the prefecture on Monday to hear the outcome of the investigation report from Lt. Gen. Lawrence Nicholson, the top commander of U.S. forces in Okinawa. 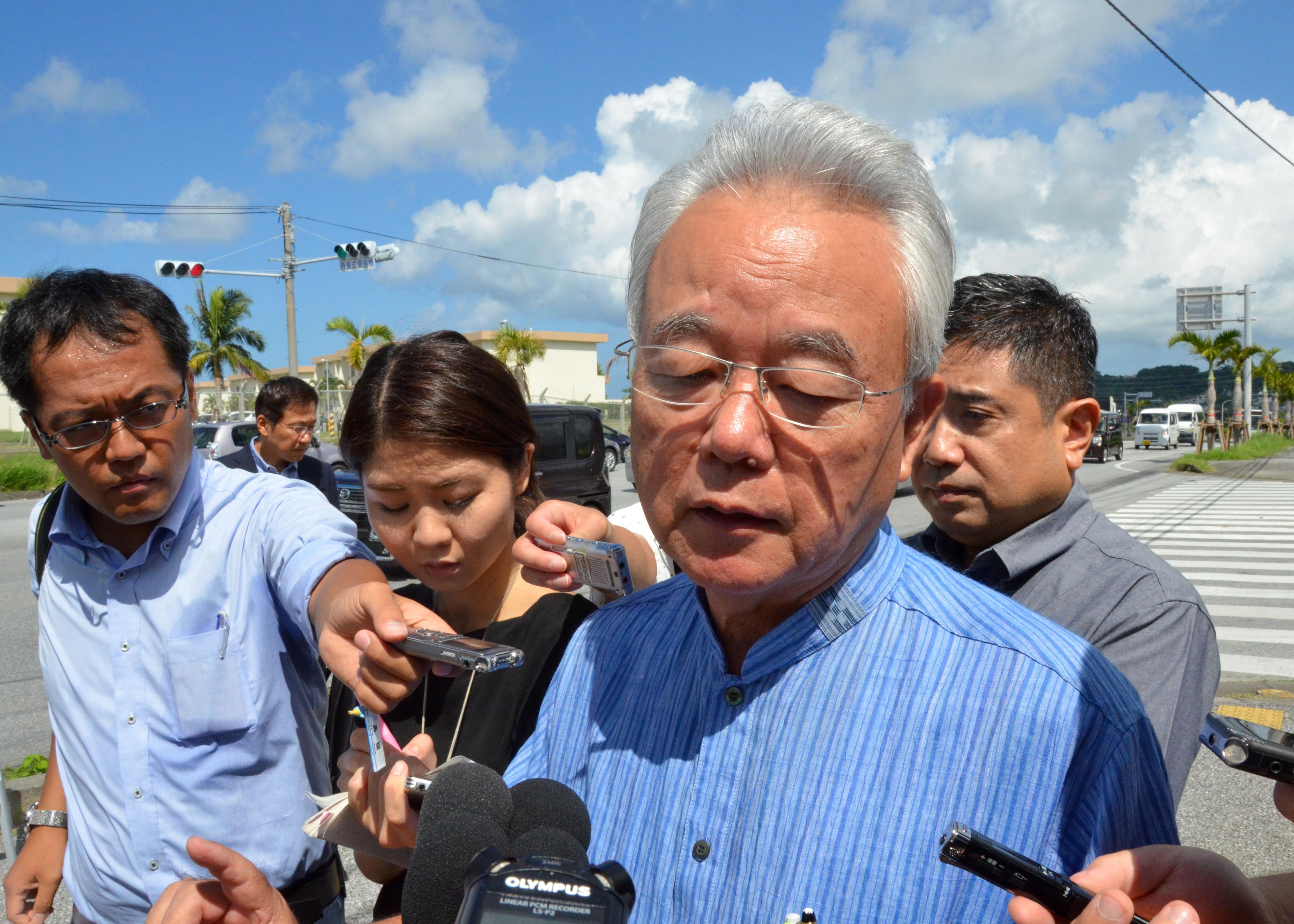 Tomikawa urged Nicholson during their talks to offer a "convincing" explanation to the people of Okinawa on the safety of the aircraft, such as by referring to data on accident rates.

The Dec. 13 accident occurred during a nighttime refueling drill, in which the Osprey's propeller was damaged after hitting a hose extended from an Air Force MC-130 refueling plane in the air, about 15 kilometers southeast of an airport on Yoron Island, Kagoshima Prefecture.

According to the report and other sources, the right propeller of the Osprey struck the refueling line as the pilot raised the engine output too much. As the aircraft shook wildly, the pilot thought it was difficult to continue flying safely and intentionally maneuvered the aircraft to land in the water.

The Osprey landed in shallow waters off the coast of Nago on the Okinawa main island and broke apart, with two of the five crew members injured. The aircraft crash-landed about 10 minutes after the hose was hit.

The U.S. military has asserted that the incident -- the first major accident involving the aircraft in Japan -- was not caused by any problem with the Osprey aircraft itself.

The report noted that the U.S. military had initially judged flight risks to be low on the day, while the refueling exercise was conducted in difficult weather conditions.

Even before the Dec. 13 accident, Ospreys, which take off and land like helicopters but cruise like planes, were already unpopular in Okinawa due to their noise and record of accidents overseas.

The U.S. military has deployed more than 20 of the MV-22s at the U.S. Marine Corps Air Station Futenma in Okinawa. In August, three Marines were killed as one of the aircraft crashed off Australia, while another Osprey made an emergency landing at a commercial airport in Oita Prefecture, southwestern Japan.