Former Chicago White Sox World Series winner Tadahito Iguchi on Sunday put an exclamation mark on his long career with a big home run and a lavish ceremony in his final pro game.

The 42-year-old infielder played 1,915 games in Nippon Professional Baseball and another 493 in Major League Baseball in a 21-year-career. Before a full house at the Lotte Marines' home park outside Tokyo, his daughter threw out the first pitch, and he went 2-for-5 with a game-tying home run.

The home run was his 251st in Japan, and Iguchi finishes his career with 1,017 RBIs. In four major league seasons, the first three for the White Sox, with whom he won the 2005 World Series, Iguchi batted .268 with 44 home runs and 205 RBIs. 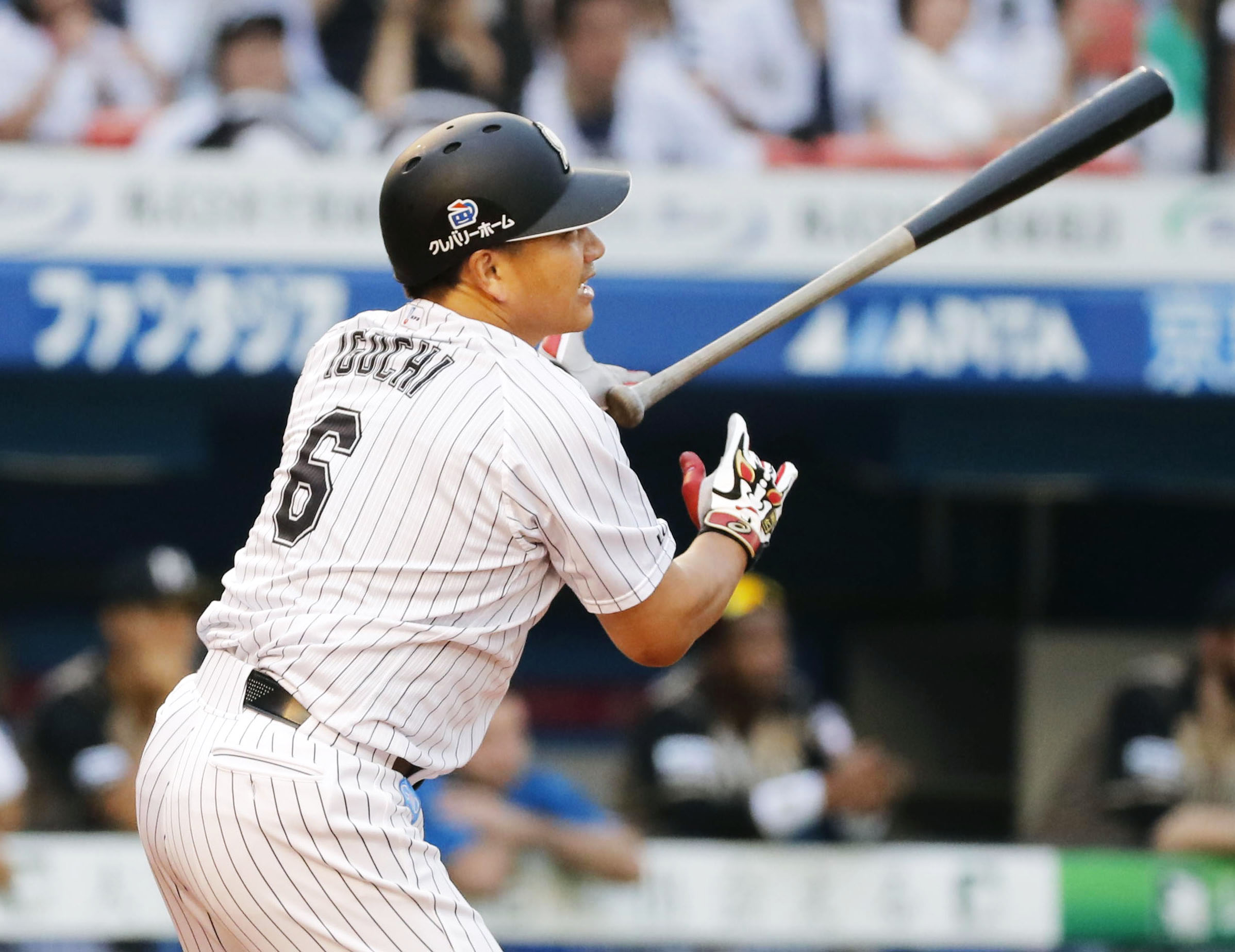 "The things I aspired to do when I turned pro, get 2,000 hits, play in the majors and keep playing until I was 40, I achieved those and enjoyed so many experiences that many players cannot," he told the fans after the Marines beat the Nippon Ham Fighters 4-3 in 12 innings.

"It's really been quite a life in the game. The dream that I had as a small child of becoming a pro ball player now comes to an end. As of now, I am off in the pursuit of my next dream. I desire to return my gratitude to you all by working to develop and advance the game."

The post-game video tribute included messages from his White Sox manager, Ozzie Guillen, and general manager, Kenny Williams. Both pointed out his contributions to the Sox's historic championship.

"To me it was an honor to manage you," said Guillen, who included a reference to Iguchi's teaching him how to eat sushi properly.

"You were one of my favorite players. In 2005, I told the media that you were my MVP on the team. People don't realize that. We were very pleased the way you played for us."

Williams said, "Every time I look at our World Series Trophy, at our World Series flags we have in the stadium, I am reminded that you were the last piece we put together. I went to ownership and said, 'If we get this one guy from Japan, Tadahito Iguchi, and we hit him second in our lineup, we will win and we will go to the World Series.'"

"You came here and you played unbelievably, both offensively and defensively." 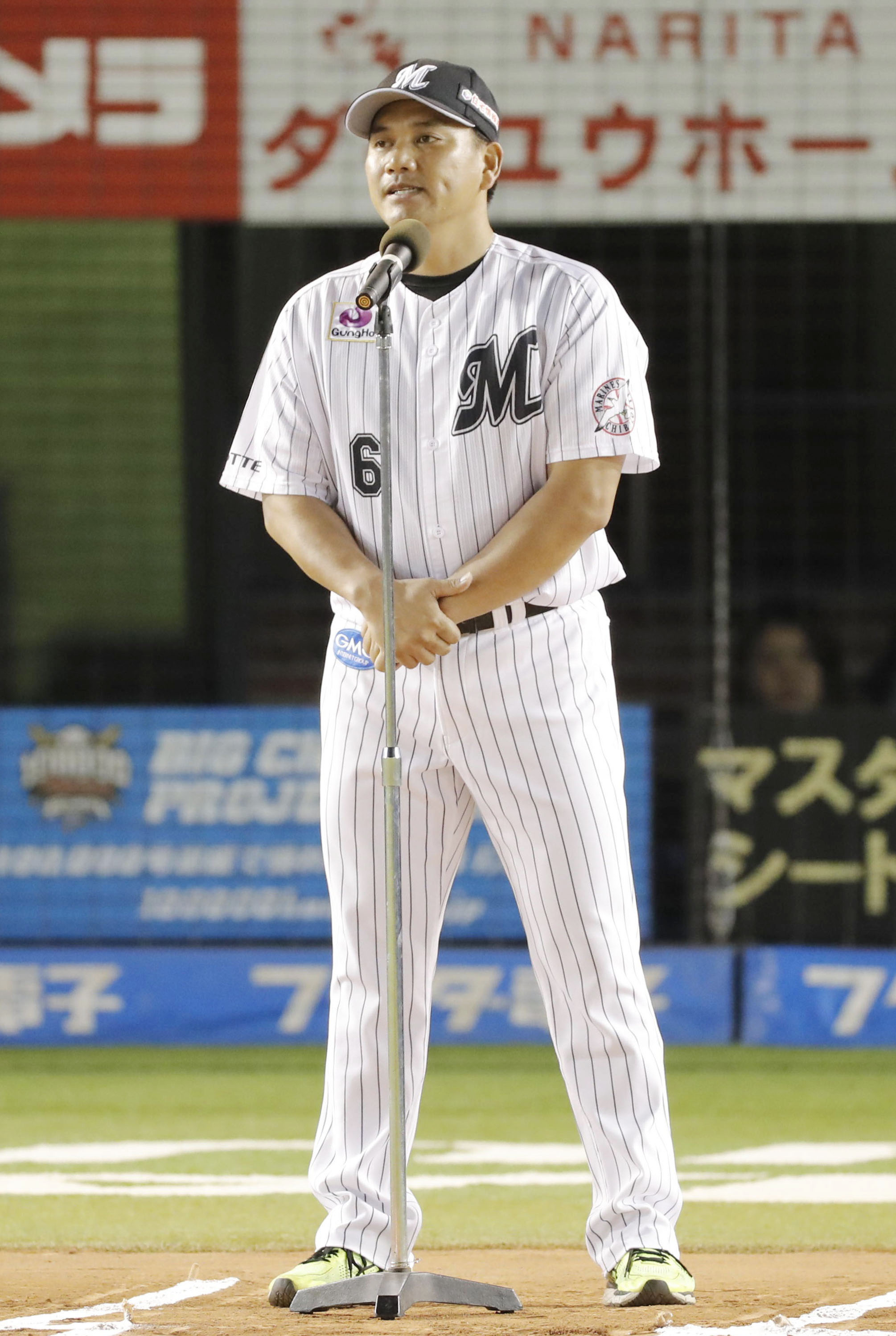 But his time spent in the majors was also recognized by his first pro manager, current Hawks chairman Sadaharu Oh.

"I think the four years you spent in America were a huge plus for your life," Oh said. "Those four years are going to pay dividends for you as you continue on."

A second baseman for most of his career, Iguchi turned pro in 1997 with the Daiei Hawks and quickly made his mark with his power and base stealing, while developing into one of the league's best fielders. His all-around contribution made him one of the most valuable players in NPB, and he was recognized as such by winning both the Golden Glove and Best Nine Award in 2001, 2003 and 2004.

After splitting the 2008 season with the Philadelphia Phillies and San Diego Padres, Iguchi returned to Japan with the Marines. Then manager Bobby Valentine was being forced out, and the acquisition was forced upon him, but Iguchi won everyone over by being a positive force and an excellent teammate.

The day before his curtain call, Iguchi was asked to take over as Marines manager in 2018. Although he has yet to give an answer he said during his speech that while his career was over, his ties with the Marines were not.