Most people probably would not consider creating a game where players can shoot powerful energy balls from their hands in augmented reality an item for their bucket list.

But for Japanese entrepreneur Hiroshi Fukuda, getting kids to live out their fantasies of becoming heroes, like the characters in the "Dragon Ball" blockbuster manga-anime franchise, was a childhood dream turned reality.

Yearning for his own superpowers as a boy, Fukuda was motivated to make a game that virtually achieves the same for players in real life, while allowing them to also reap the benefits of exercise.

In HADO, a creation of Fukuda's start-up Meleap Inc., players in head-mounted displays and armband sensors battle opponents by firing energy balls by thrusting their hands forward and dodge virtual counter-shots by actually moving their bodies.

There are variations of HADO, which means "wave motion" in English, including one in which players battle virtual monsters and a kart game where they collect virtual coins while riding in small vehicles.

"HADO is the combination of motion sensor, smartphone, AR tech, and sports, which creates a whole new experience that we call techno sports," Meleap says in describing its invention.

The sensors detect body movements and the smartphone-equipped goggle-like displays enable players to view energy balls on an actual court, or other real-world environment, in the background. Players get the virtual experience of being inside a video game.

For the 30-year-old Fukuda, who earned a master's degree in architecture from the University of Tokyo's graduate school, the game is a step toward achieving a wish on his bucket list he made after deep introspection.

"My answer was I wanted to do something magical, and I thought new technologies like AR can make it possible," Fukuda said.

The company launched the game in December 2015, choosing its first regular playing field within the Huis Ten Bosch theme park in Nagasaki Prefecture, southwestern Japan, and received an overwhelmingly positive response from customers, he said.

As of the end of August, the game was available in nine locations in Japan and 12 places in nine countries and regions abroad. Most of the playing fields are located in theme parks and game arcades, which in turn sell game time to customers.

The total number of HADO playing fields is set to increase to 43, more than half of which will be overseas, by the end of the year. 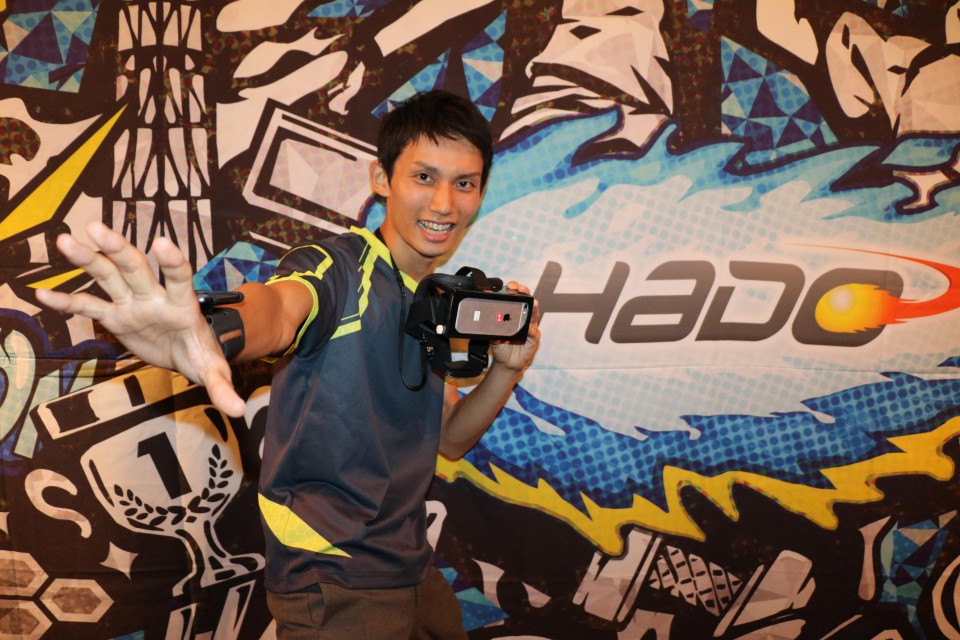 According to information technology research firm International Data Corporation Japan, the global market of AR and Virtual Realty hardware, software and related services is expected to expand 19-fold from 2017 to $215 billion in 2021.

IDC analyst Akira Sugawara said the Japanese market of AR games is still in its budding phase and its rate of growth lags behind other countries. A key to its expansion lies on how fast prices of gadgets required to play the games become affordable to the general public, he said.

In HADO interpersonal battles, players earn points by striking other players with energy balls while using virtual protective shields they can place before themselves by raising their arms. The player with the highest score within the time limit wins.

"This game can be played intuitively without language," said Fukuda.

Players can also form their own battle strategies by using the armband's in-game adjustment function, such as for changing energy ball speed or protective powers.

"Sports create drama, like when someone practices for years from their childhood and finally shines in world games. I think techno sports can create such a thrilling scene and I want to make it happen," Fukuda said.

Fukuda aims to create a professional HADO league after taking Meleap public in 2020. The Tokyo-based company, with around 20 employees, projects to report around 100 million yen ($890,000) in sales in the fiscal year through November.

Frequent HADO players and beginners formed a team at a playing field at an entertainment complex in Tokyo's Akihabara district on an evening in August.

Masahiro Maeda, a 24-year-old dancer, was among them as he came to practice ahead of an upcoming tournament. "In this game, both physical strength and strategy matter a lot. It's a sport that requires deeper insight than you'd think."

Kumiko Fukasawa, 35, who works at a nearby office, appeared to have moved into the world of fantasy and magic after playing the game for the first time. "In my daily life, it's impossible to shoot blue fire balls but I did it here," she said with a smile.

The company plans to eventually sell the display and sensor devices to make the game available on a mass scale.

Fukuda pointed to ample possibilities of AR technologies and wearable devices in the coming future.

"There should be many people in the world who once dreamed of having magical powers, like those in Harry Potter and Dragon Ball," Fukuda said. "I want to realize people's dreams that had been thought impossible to make true." 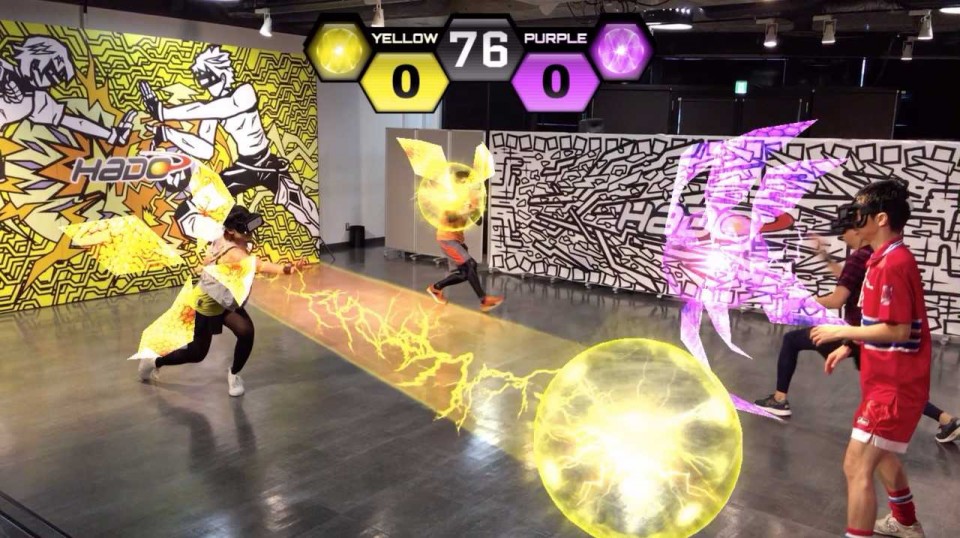