North Korea opened an annual international trade fair Monday involving over 250 companies, amid toughened U.N. sanctions and growing calls in the United States to tighten the screws on its economy.

The four-day event to run through Thursday, intended by North Korea to increase its trade with the outside world, has attracted about 80 foreign entities from 14 countries, including China, Indonesia and Vietnam, as well as Taiwan, to set up booths.

He also stressed that North Korea, united around leader Kim Jong Un, is accelerating its production and innovation power, regardless of intensifying economic sanctions driven by the United States and other "hostile forces."

The number of participating companies is more or less the same as last year.

The 13th Pyongyang Autumn International Trade Fair, featuring items ranging from electric appliances and machinery to food and health products, comes as many countries try to clamp down on trade and reinforce the implementation of U.N. sanctions to compel North Korea to alter its behavior.

The United Nations imposed fresh sanctions on North Korea in August and September in response to its continued nuclear and missile tests.

The sanctions now ban 90 percent of North Korea's publicly-reported exports and limit the amount of energy sources it can import.

In addition, independent measures from the United States and its allies, including Japan and South Korea, prevent firms and individuals from financing and facilitating trade with North Korea.

Jones Wang, whose Taipei-based medical firm has been taking part in the fair since 2007, however, said he was not aware of the self-ruled island government's order.

"They love Taiwan medicine," Wang said, adding that his company's products are increasingly becoming popular as they are "high-quality" and said he was not concerned about the current political situation.

China has also ordered its major banks to freeze accounts of North Korean firms and individuals in its northeastern province of Liaoning, through which about 70 percent of trade between the two countries runs, according to people with knowledge of the situation, although Beijing does not officially confirm this.

Among foreign booths, those of companies from China, North Korea's economic lifeline, were the largest in number.

"It is not easy yet," Li said. "They want to buy all of these things but the problem is always money."

He said transferring money from North Korea to China is becoming harder, but the future could be a "lot brighter" for the company's business, given that numerous construction projects have been under way in Pyongyang in recent years. 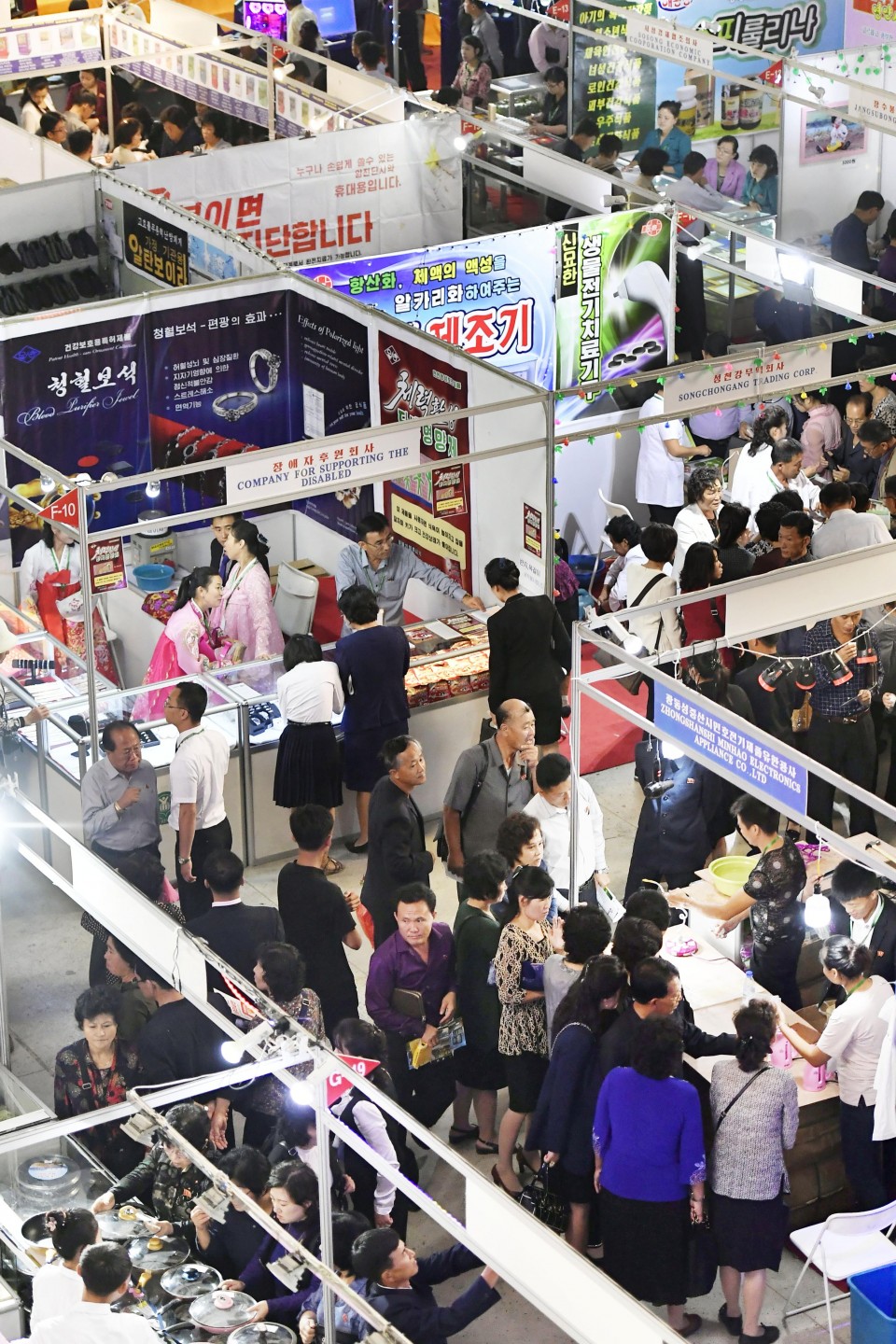