A western Japan town has launched a meat-processing truck designed to quickly slaughter wild boars and deer killed by hunters, in an effort to utilize game that previously went to waste. 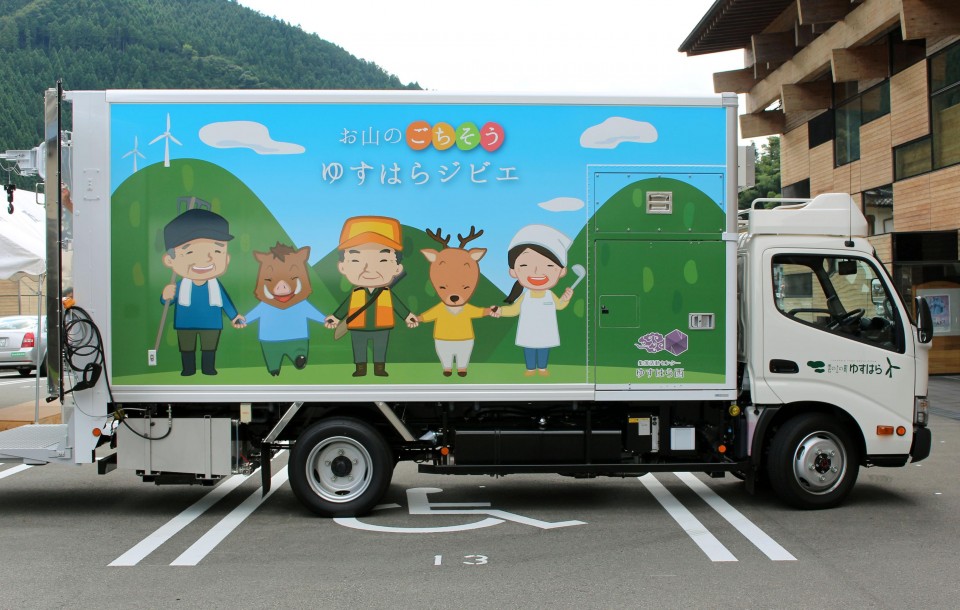 Dubbed the "gibier car," the mobile slaughterhouse began full-fledged operations in Yusuhara town in Kochi Prefecture in August, and is the first of its kind in Japan. "Gibier" is the French word for wild game.

The local hunting industry has welcomed the truck as an alternative to traditional slaughterhouses, the nearest of which is far from the town. The project started when the local government was struggling with crop damage caused by an increase in wild boar and deer numbers.

In Yusuhara, about 1,500 wild boars and deer were captured by hunters in fiscal 2016, swelling 10 times the figure in fiscal 2008. Other than those consumed by the hunters themselves, the majority of the game animals were not used for meat and went to waste.

Local and central governments say crop damage could worsen due to a rise in the population of wild boars and deer following expansion of their habitat amid low snowfall, and a decline in the number of hunters, partly because of aging.

The 2-ton, 6.5-meter-long gibier truck, which is equipped with a loading platform, cost 21.75 million yen (around $197,000). It was jointly developed by Japan Gibier Promotion Association, based in Nagano Prefecture, and a Toyota Motor Corp. subsidiary in Nagano. 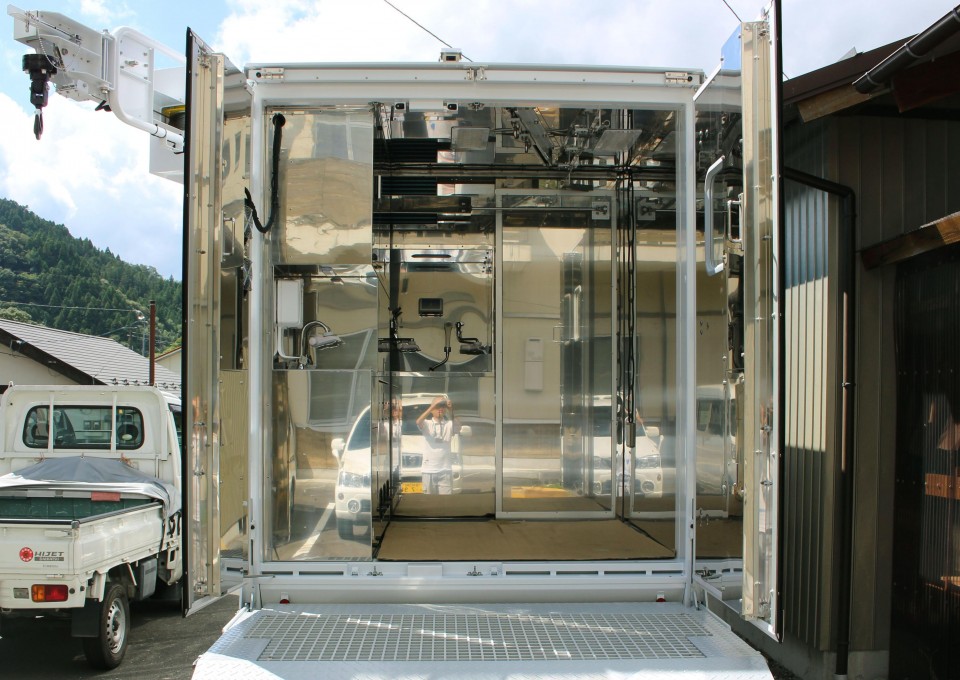 The truck can be dispatched to the scene, where animals are captured, and immediately process their meat to maintain freshness. It is also touted as more environmentally friendly since the slaughter will not take place outdoors.

The vehicle is equipped with a chiller, which can store up to five boar and deer carcasses, and features a dissection room, where the skin and internal organs can be cut out and disinfected.

A mountainous community center in the town will operate the truck in cooperation with the local hunters' group.

Demonstrations have been carried out in other parts of the country such as Tottori and Miyazaki prefectures.

In March next year, a game meat-processing facility is scheduled to be completed in Yusuhara. Together, the facility and truck are expected to convert up to between 400 and 500 game animals every year for human consumption.

Yusuhara Mayor Tomio Yano expressed hope that the truck will revitalize the local economy, saying it will help "use what had once been discarded to the mountains to generate revenues and create jobs."