Apple Inc.'s latest iPhone 8 and iPhone 8 Plus smartphones featuring upgraded cameras and wireless charging went on sale in Japan on Friday, with eager buyers forming lines at retail outlets in the morning.

But preorders appeared to fall short of previous models as many held out for the new flagship iPhone X coming out on Nov. 3.

Around 60 people lined the sidewalk in front of the Apple Store in Tokyo's upscale Omotesando shopping district before the shop opened at 8 a.m.

"I often take videos when going on vacation so I can't wait to try out the improved camera," said Rei Yokoyama, a 21-year-old college student who bought the larger iPhone 8 Plus.

Major mobile carrier SoftBank Corp. held an event at its store in the capital's Ginza district to commemorate the release of the phones and the Apple Watch Series 3, the tech giant's latest smartwatch with built-in cellular connectivity.

Preorders for the iPhone 8 and 8 Plus, which also have glass bodies and a faster processor than the iPhone 7 and iPhone 7 Plus, slightly fell short of the older models because consumers were curious about the iPhone X, said SoftBank President Ken Miyauchi.

"Many people in Japan haven't seen the X in person yet, so they might be waiting for a chance to look at it before making a decision," he said. 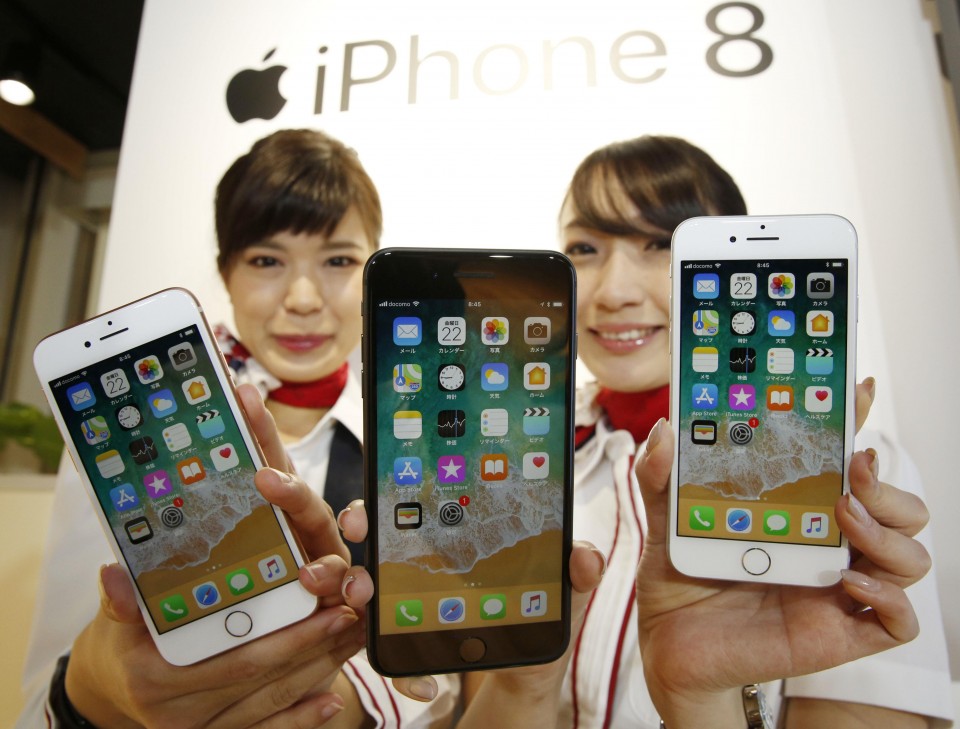