Japanese Prime Minister Shinzo Abe called Sunday for the international community to "show a strong will to protect world peace" at the United Nations after North Korea carried out a sixth nuclear test.

"Whether or not we can stop North Korea's acts that threaten world peace depends on the coordination and unity of the international community," Abe said at his office after a second meeting of the National Security Council.

"We are taking resolute action in coordination with the United States and South Korea, as well as China, Russia and the rest of the international community," he said.

Pyongyang announced earlier Sunday it had successfully conducted a hydrogen bomb test. The blast showed up as unnatural seismic activity shortly after noon Japan time, sending officials scrambling to assess the situation and come up with responses.

North Korea previously conducted a nuclear test in September last year and has continued to launch ballistic missiles in the interim, including two intercontinental ballistic missiles into the Sea of Japan in July and a missile that flew over northern Japan into the Pacific Ocean on Tuesday.

Speaking to reporters, Foreign Minister Taro Kono condemned the test as another indication of Pyongyang's lack of intention to engage in dialogue with other countries. He said Japan had criticized Pyongyang "in the strongest terms" in its protest lodged through diplomatic channels in Beijing. 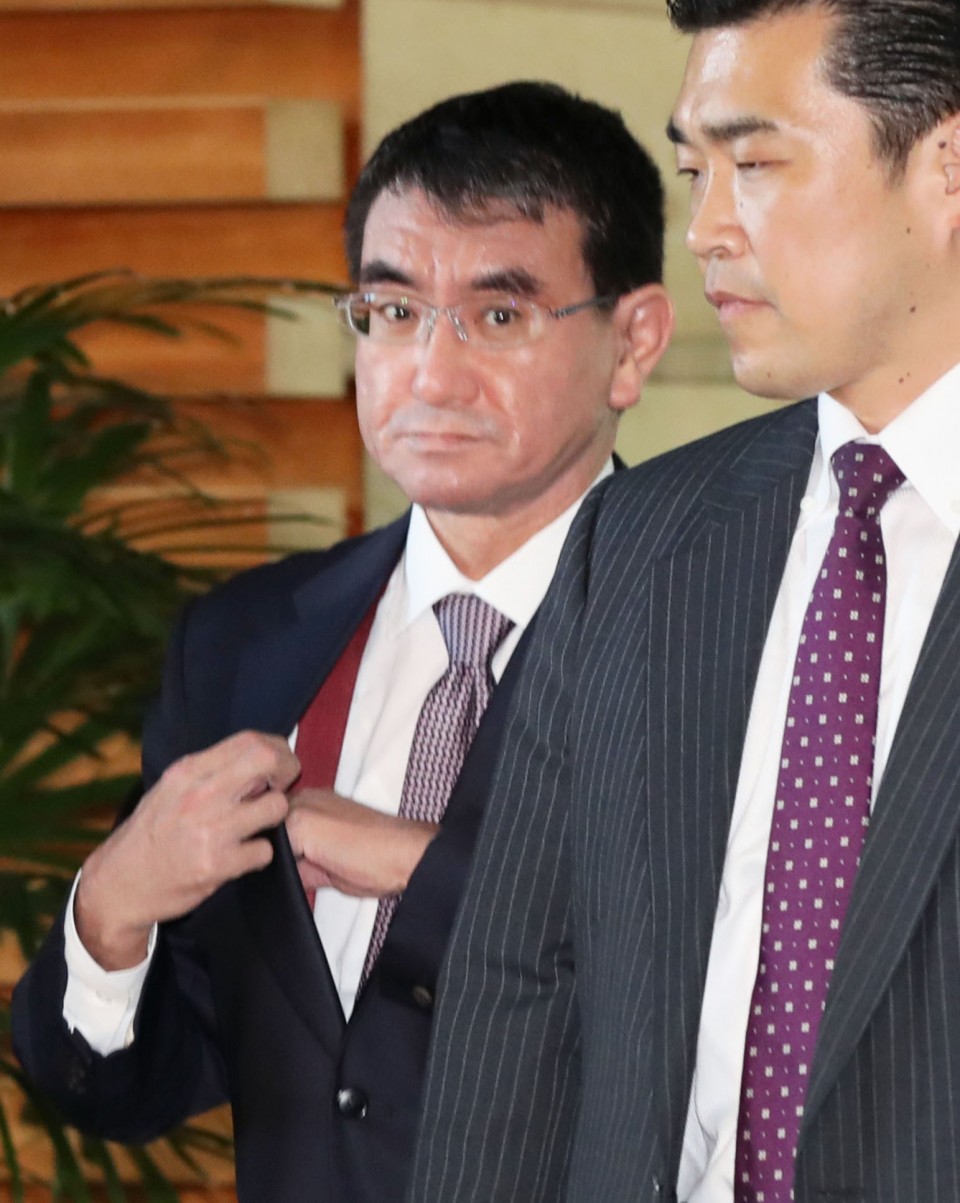 Kono also met with U.S. Ambassador to Japan William Hagerty. At the outset of their meeting, which was open to the media, Hagerty said any actions by North Korea would not prevent the U.S. security and defense commitment to Japan and the region.

After the meeting, Hagerty told reporters that other Security Council members would cooperate with the United States and Japan to force Pyongyang to realize that the nuclear test is "a serious miscalculation on the part of the North Korean regime."

According to Suga, Japan will work with the United States and others to urge the stringent implementation of existing U.N. Security Council sanctions resolutions on North Korea and consider pursuing the adoption of a new, stricter resolution.

Suga said imposing restrictions on the North's trade in crude oil and oil products is "one of the options" Japan might seek. But it would require the agreement of China and Russia, the permanent members of the Security Council with economic ties to Pyongyang.

Defense Minister Itsunori Onodera, speaking to reporters, said the blast was far more powerful than any previously tested by North Korea, releasing at least 10 times the energy observed in the last test in September last year. 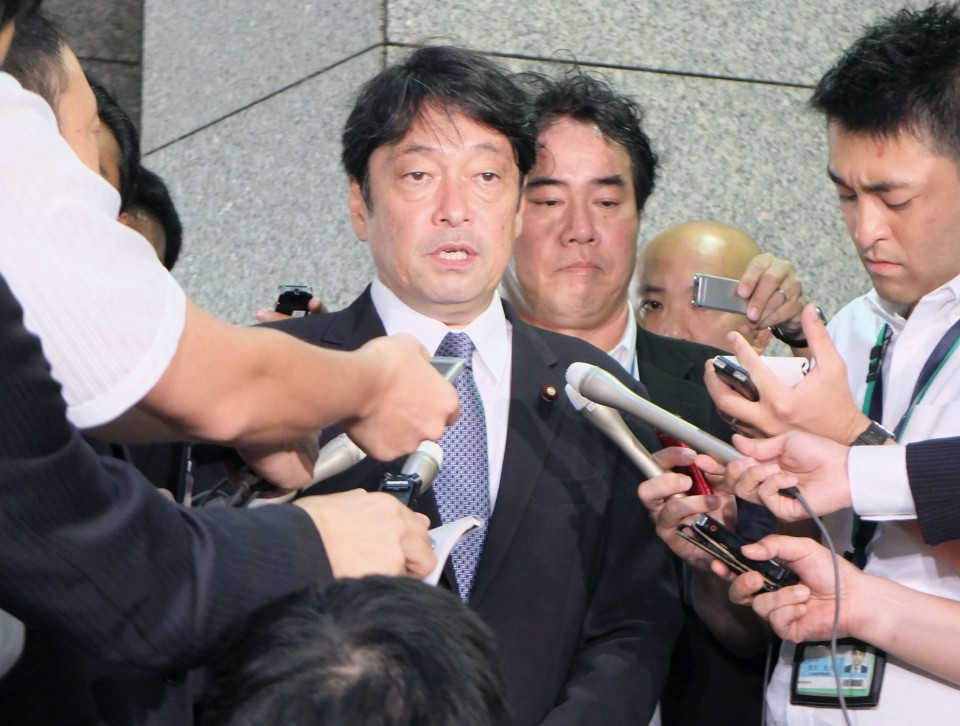 He said the magnitude-6.1 shaking measured by the Japan Meteorological Agency, compared to the last test's 5.3, indicates that the weapon used in Sunday's test was likely of "significantly large capacity," but further analysis is needed to determine if it was a hydrogen bomb.

Onodera said data from the Preparatory Commission for the Comprehensive Nuclear-Test-Ban Treaty Organization, which estimated the magnitude of the shaking as 5.8, suggested the bomb had a yield of around 70 kilotons.

"We have no choice but to judge that (the test) was a success," Onodera said.

According to Suga, three T-4 trainer jets from the Air Self-Defense Force have returned from flights to collect dust and check for radiation in the air around Japan, and their samples will be analyzed.

A C-130 transport plane is expected to check for radioactive isotopes of noble gases in the air at a later time, he said.

But Suga stressed that the risk of radioactive material being released into the air from underground nuclear tests is "generally low."

He said radiation monitoring posts around the country have not picked up anything unusual.

North Korea said earlier Sunday it has successfully produced a hydrogen bomb to be loaded on a newly developed intercontinental ballistic missile, amid growing fears over its rapid progress in upgrading its weapons and the possibility of another nuclear test.

After that announcement but before detection of the test, Abe and U.S. President Donald Trump agreed in telephone talks to put further pressure on North Korea and "make it change its policies."