The fun continued on the second and final day of the J-POP Summit for 2017 at the Fort Mason Center for Arts & Culture in San Francisco over Sept. 9 - 10.  In fact, with extended hours on both days of the event, fans of Japanese pop culture could feel relaxed with little pressure to squeeze as much fun into as little time as possible.  For the KKS team, the summit’s second day got off to a great start as we were afforded the delight of interviewing May’n who performed on the event’s opening.  Read our exclusive interview with the J-Pop and anisong artist below: 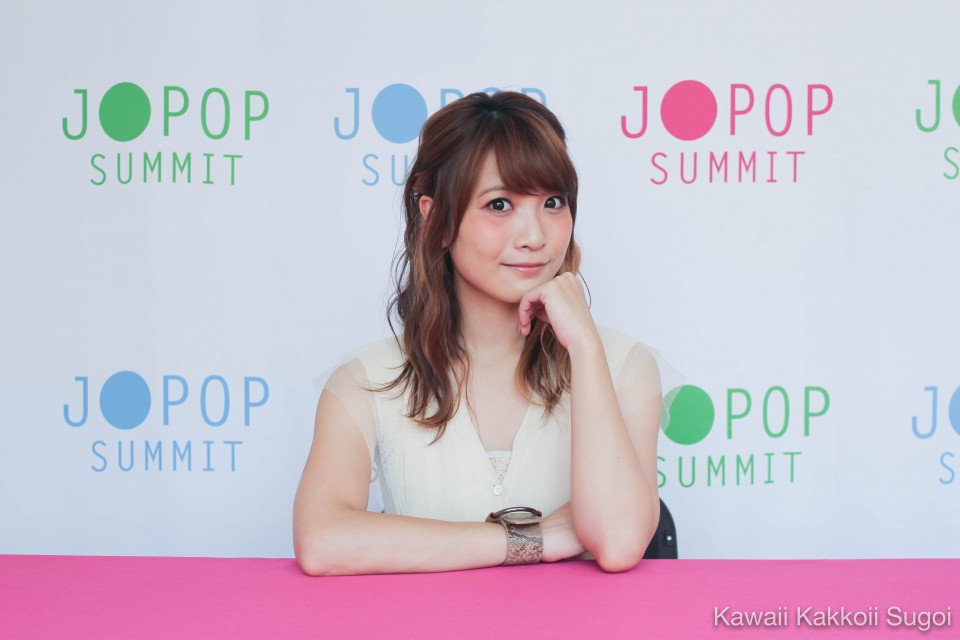 You have a beautiful high pitched voice. Please tell us what you do to maintain your voice.

May’n: I don’t do anything in particular but right before the concert I try not to drink anything cold, I usually drink a hot ginger drink. I hear that the core muscle plays an important role in maintaining a high pitched voice so I do kickboxing.

You perform live around the world, in what country do you find you have the most enthusiastic fans?

May’n: China is a country I have visited a lot so I am getting used to there and see that there isn’t that much of a difference between Japanese and Chinese fans. When it comes to U.S. fans, they’re really passionate! Regardless of time or place, they’ll shout out their feelings towards me which I find very interesting.

How many times have you performed in the US?

Which was your favorite city?

What are you looking forward to most about J-POP Summit?

May’n: I performed last night which was something that I really looked forward to! It was a really enthusiastic concert. Unlike the usual concerts that I do, I was able to interact and talk with fans directly at J-POP Summit which is something I really enjoyed.

What do you do when you aren’t performing?

May’n: Walking around the streets and eating!

You are the ambassador for taiyaki! Please tell us which taiyaki is most delicious.

May’n: The taiyaki I like located in Tokyo, the place is called Hiiragi. The taiyaki is crispy on the outside but really creamy on the inside.

What is your favorite anime?

May’n: I really like Idol Master! It focuses on girls who are trying to pursue their dream which is something I can relate to.

Anime, anisong, and Japanese culture are very popular all over the world now. What do you think about this?

May’n: I feel myself getting more recognized and popular in other countries which was unexpected. Japanese culture, unlike U.S. pop culture, is not as known so I am really happy about it getting recognition.

If you could say anything to your fans, what would it be?

May’n: My anime activities as an anisong artist and doing concerts, getting energy from the audience, I want to use the energy to create better songs and enjoy it together with the fans.

May’n: "Kawaii"…Harajuku! "Kakkoi" is May’n! And "Sugoi" is the audience who sings and dances along with me at a synchronized beat.  That is really amazing. 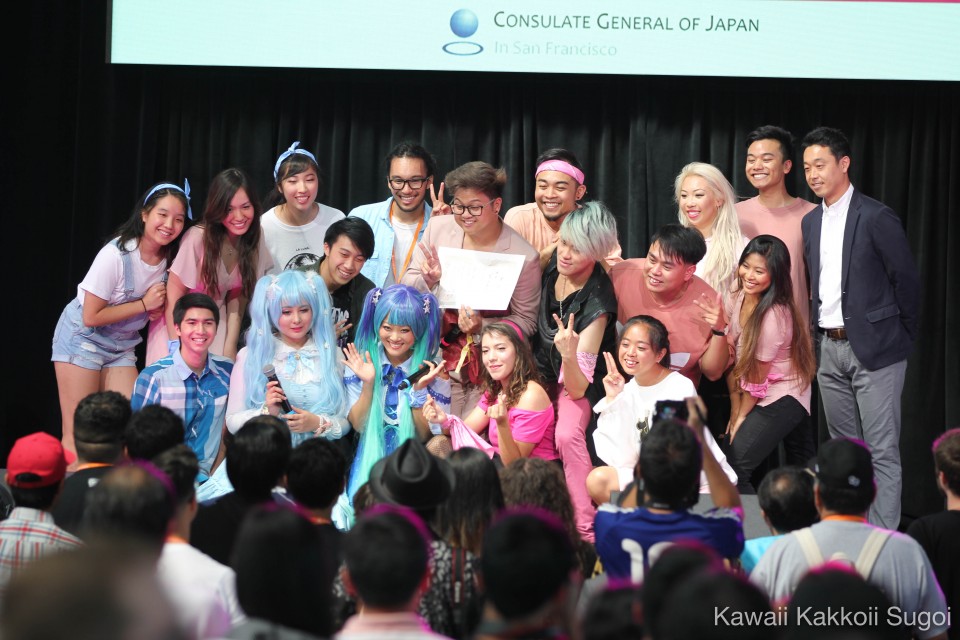 Shortly after our interview with the very lively May’n, the KKS team explored some of the cool performances taking place on Day 2 of the J-POP Summit. We headed to the main stage to see two teams, Aqua vs. Pink, battle it out in the Karaoke Face Off. BAND-MAID appeared on stage as guest judges to critique the amazing, fun, and energetic performances as well as choosing the winning team. Both teams had done exceptionally well but it was the Pink team came out as the ultimate winner, receiving a gift from BAND-MAID along with being presented an award by Japanese Consulate member, Akira Ichioka, in the traditional fashion. 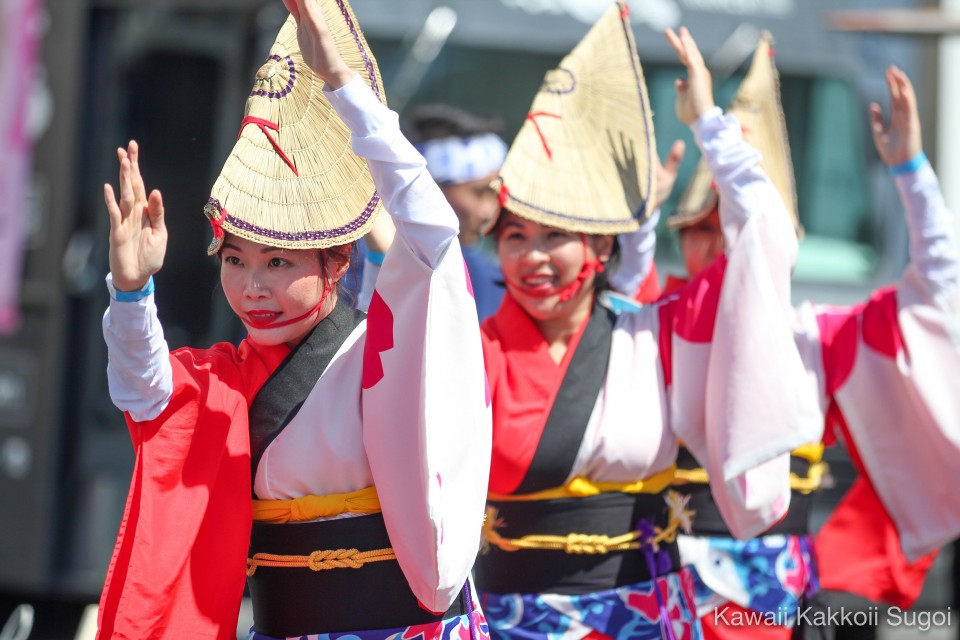 After the Karaoke Face Off came to a conclusion, KKS headed outside to where the food trucks and ramen festival were located and watched as performers, in colorful traditional Japanese outfits, from San Francisco-based group Awakko-ren performed the traditional Awa Odori dance. The “awaodori” group aims to teach the Bay Area about the traditional dance, performing at various events from the J-POP Summit to the San Francisco Cherry Blossom Parade.

After learning some of the Awa Odori moves, KKS was able to meet and interview the one and only Mitz Mangrove.  Read our exclusive interview with Japan’s cross-dressing TV personality and talent below: 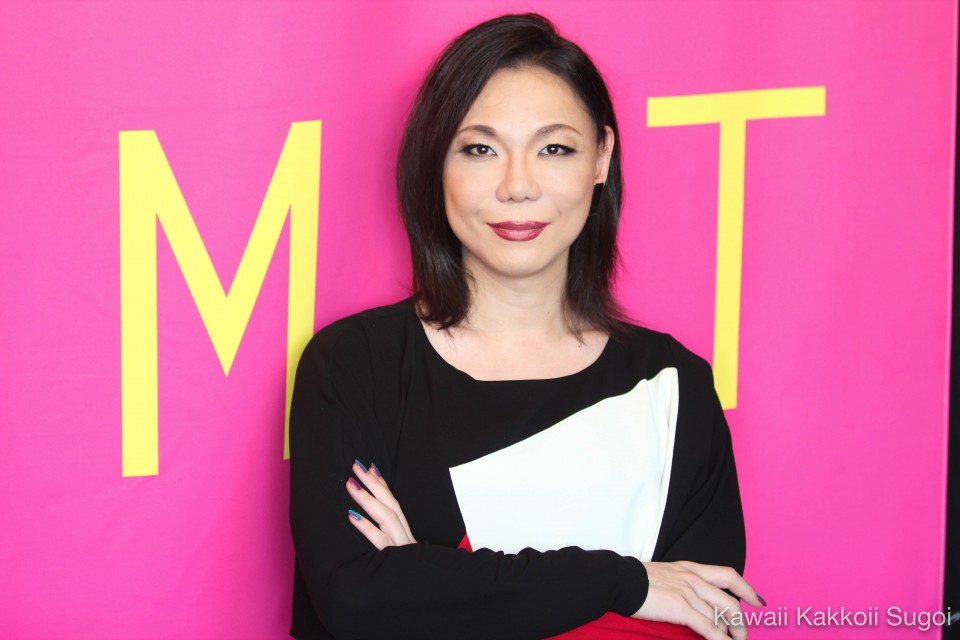 You are very beautiful! Please tell us what you do to say so gorgeous and in shape!

Mitz Mangrove: Exercise and do everything to look good!

Please tell us what you most enjoyed about J-POP Summit!

Mitz Mangrove: This is my second time visiting here! I get to see local drag queens and that’s something I am looking forward to later on today.

Have you explored San Francisco? If so, what is your favorite place?

Mitz Mangrove: Just a little bit, I only had a small amount of time last night but I went to a club, Oasis, which I really enjoyed! It had a lovely, great atmosphere.  It’s been awhile since I had a lot of fun. It reminded me of younger times!

You graduated from the Political Department of Keio University Law School. Have you ever thought about becoming a politician or diplomat?

Mitz Mangrove: In Japan, there aren’t really any people who will become a politician after graduating from a political university, it’s not a very regular thing. It’s not very common in Japan that someone specializes to learn a specific field, it’s more about having a general education like economics.

You grew up in the U.K. when you were in elementary school and junior high school, and went to university in the U.K. Do you think of the U.K. as second home?

Mitz Mangrove: Yes!  But I wouldn’t want to live there. There isn’t any problem with living there but I am more comfortable living in Tokyo.

Is there any other country or city you would like to live in?

What do you find yourself doing when you’re not working?

The RuPaul’s Drag Queen Convention was held in April in Los Angeles, will you attend next time?

Mitz Mangrove: No, but I love RuPaul and would love to see her someday!

Anime, J-Pop, voice actors, and Japanese culture are popular all over the world! What do you think about that?

Mitz Mangrove: It’s unbelievable! Through the Internet it was able to become very popular. Now I am accepting the reality of the popularity of Japanese pop culture, but I am part of an older generation so it’s amazing to see.

You have a lot of fans in the U.S.! Do you have anything you would like to say to them?

Mitz Mangrove: Where are you? I have been singing for so long so if it’s possible, I might have a concert here, maybe even at J-POP Summit! 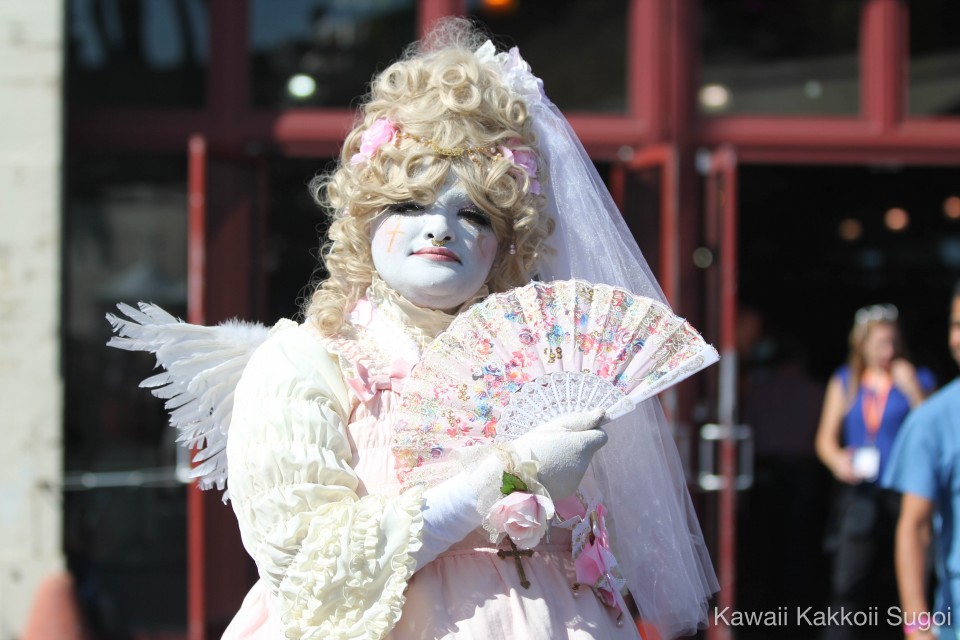 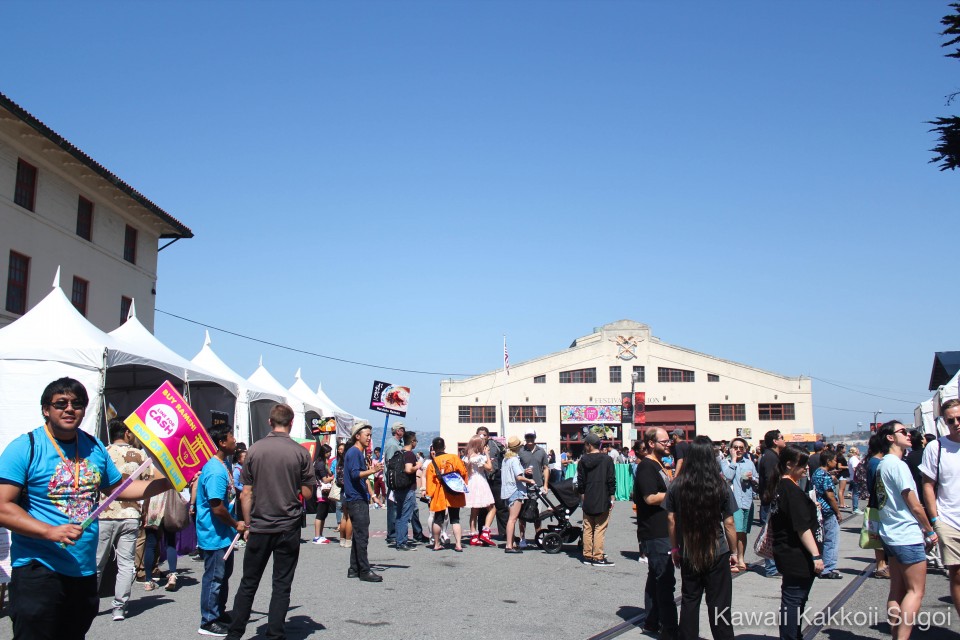 To conclude the day with the Mitz Mangrove was a great way to wrap up our J-POP Summit experience for 2017.  The summit really brings to life the colors of Japanese pop culture, putting on a great showcase here in the Bay Area. From food, to anime and Japanese culture, J-POP Summit has an array of fun things to do and we look forward to attending next year.