Olympic and world champion Yuzuru Hanyu opened his season by eclipsing his own world record score in the men's short program at the Autumn Classic International on Friday.

The 22-year-old Japanese pulled off an error-free routine to score 112.72, topping the 14-man field and adding 1.77 points to the previous best mark he posted at the 2015 Grand Prix Final.

"My program is very clear in terms of what it wants to express. I feel comfortable performing it," Hanyu said. "I think I was able to grow a little more. I could skate with confidence."

Two-time world champion Javier Fernandez of Spain is second with 101.20, followed by Canada's Nam Nguyen with 88.40. Japan's other contestant, Daisuke Murakami, is seventh with 70.09 points.

Performing to Chopin's Ballade No. 1, Hanyu opened with a quadruple salchow and wrapped up a flawless performance with a triple axel and a quad toe loop/triple toe loop combo.

"I really did not make any mistakes and have finished the short program with a quality skate that I can be very satisfied with," Hanyu said.

The free skate is scheduled for Saturday. 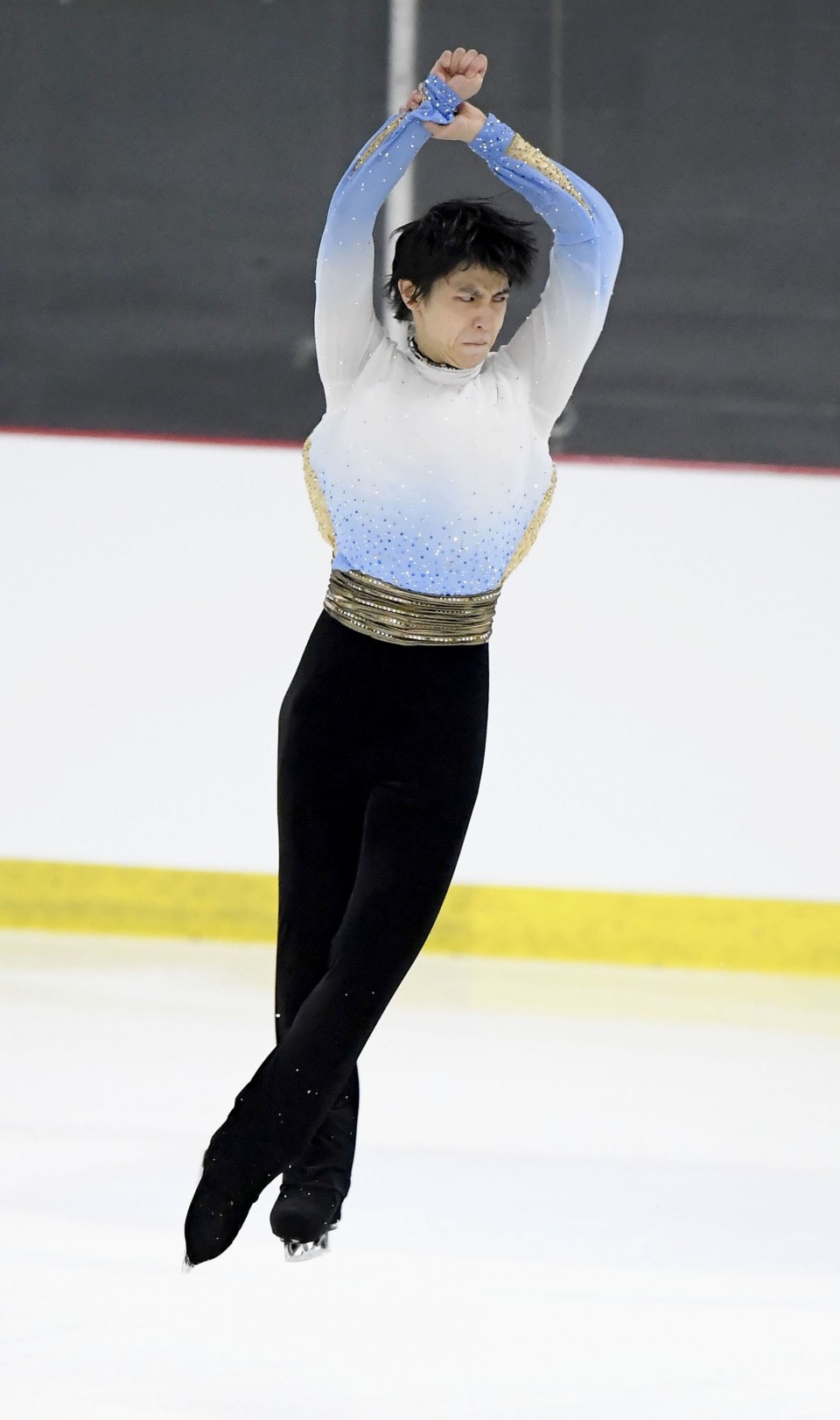