Statues symbolizing Korean women forced into wartime brothels for the Japanese military are being installed on fixed-route buses in Seoul from Monday, giving passengers a constant reminder of the thorny issue between the Asian neighbors.

Five buses with these statues on board will run through the South Korean capital until the end of September.

The president of a Seoul-based transportation company, Lim Jin Wook, initiated the project and said that the Seoul city government has nothing to do with it.

Demonstrating his commitment to tackle the issue, Seoul Mayor Park Won Soon rode on one of the buses in the morning, saying it was an "opportunity to pay tribute to the victims."

The buses will pass near the Japanese Embassy in central Seoul and feature audio excerpts of a South Korean film shown last year depicting the ordeal of the women.

A statue symbolizing the "comfort women" has been set up in front of the embassy, as well as in front of the Japanese Consulate General in Busan. Japan wants the statues removed.

Passengers on these routes will also pass by popular Japanese tourist destinations such as the Namdaemun market and Lotte department store.

Lim said that while he is sorry to make Japanese people feel uncomfortable with these buses, he does not want the issue to be forgotten.

In 2015, Japan and South Korea reached a landmark deal to "finally and irreversibly" resolve the decades-old issue, with Japan disbursing 1 billion yen ($9.1 million) last year to a South Korean fund to provide support to former comfort women and their families.

But the administration of new South Korean President Moon Jae In argues that "the majority of the country's public do not approve of the comfort women agreement sentimentally."

Lim, too, shares this view, saying, "A new agreement acceptable to the public is needed." 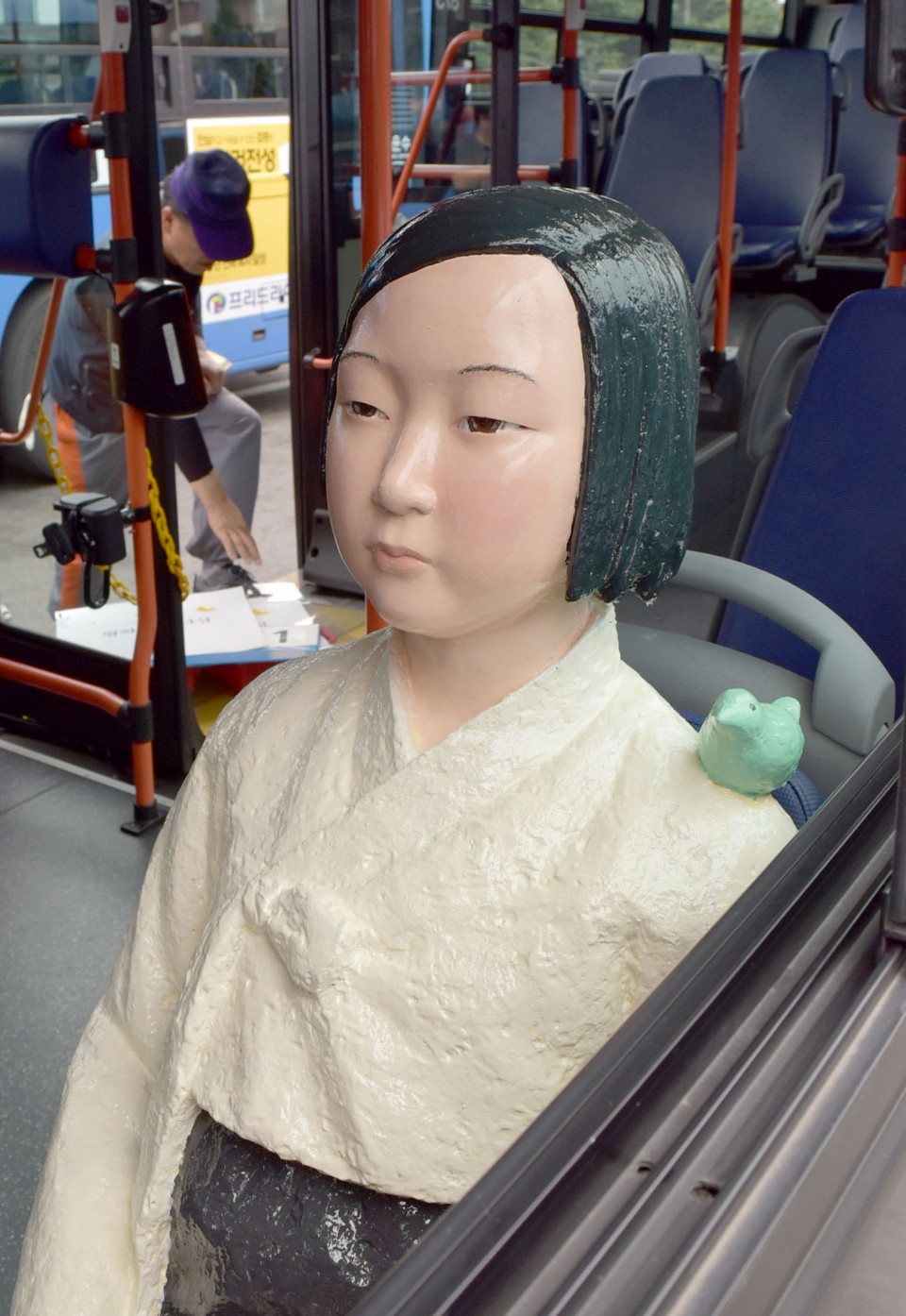