The western Japanese town of Taiji, known for its whale and dolphin hunts, said Wednesday it is establishing a sister city relationship with a town in the Faroe Islands with similar traditional practices.

Taiji and Klaksvik on the Faroe Islands in the North Atlantic are the only communities in the world which practice controversial drive hunting of cetaceans and their operations have been obstructed by antiwhaling groups such as Sea Shepherd, according to the officials. 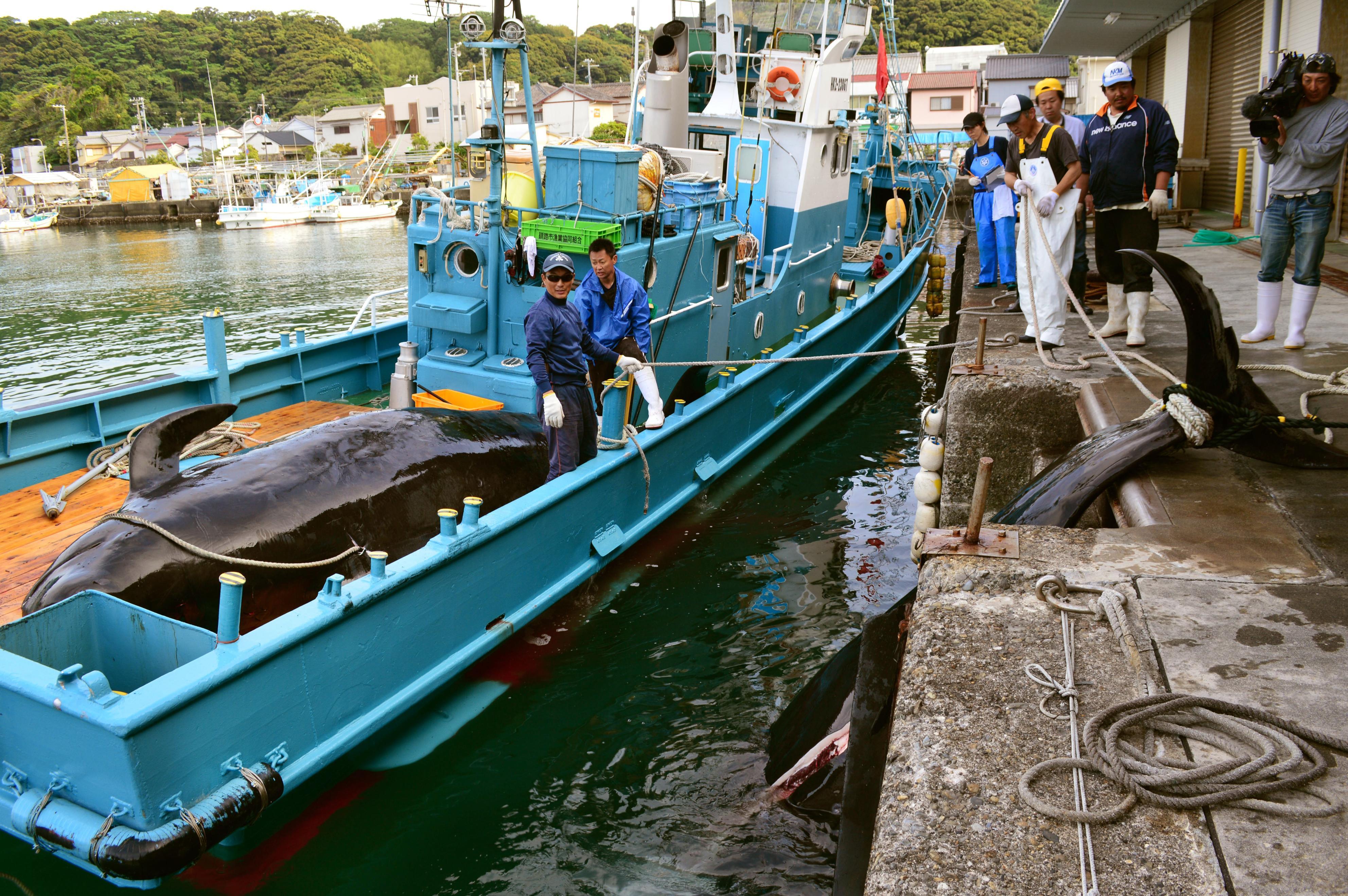 In the drive hunting, fishermen herd cetaceans into a cove and seal the area with a net. The hunting practice has drawn international criticism.

Taiji Mayor Kazutaka Sangen is scheduled to visit the Faroe Islands from Aug. 22 with officials of Japan's Fisheries Agency and sign a sister city agreement together with Klaksvik Mayor Jogvan Skorheim, the officials said.

Their partnership is aimed at boosting voices of the whaling towns amid a rising pressure from antiwhaling groups, they added.

A draft sister city agreement says the two towns will "promote sustainable use of living marine resources including cetaceans." They will also "strengthen friendship and contribute to the world as leaders of sustainable utilization" of those resources.

Taiji and Klaksvik are also planning exchanges in the fields of education and tourism, according to the draft.