A giant tortoise weighing some 55 kilograms has gone missing from a zoo in Okayama Prefecture in western Japan, the zoo said Thursday.

The Shibukawa Animal Park, which permits some creatures to roam within the park during opening hours, said its security camera footage showed the tortoise nicknamed "Aboo" wandering out of the entrance gate Tuesday morning. 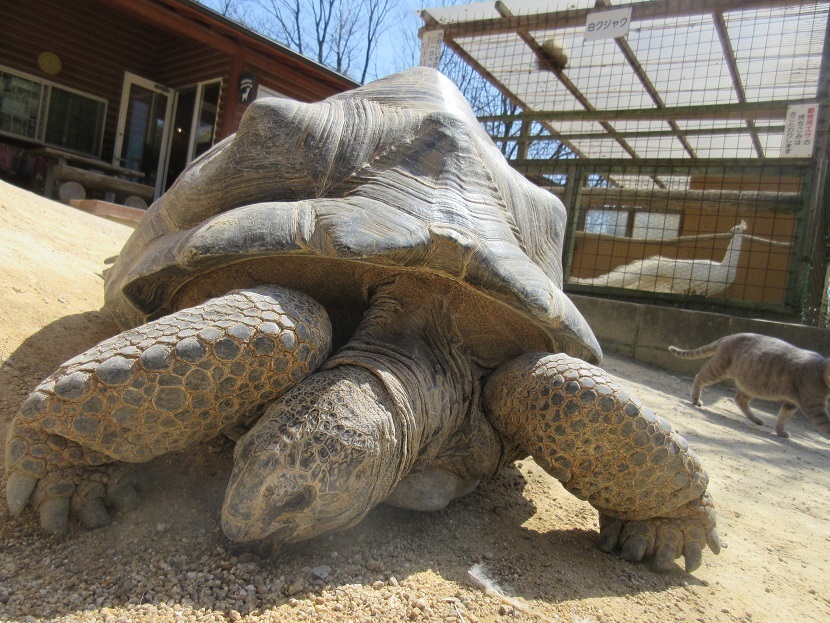 The same tortoise also went missing on July 21 and was later caught on a nearby road.

The park said the 1-meter female tortoise, estimated to be aged 30, is unlikely to harm people.

"As it is big and moves slowly, it is hard to miss on a street," a park official said, adding that it may have gone into nearby woods.