While allowing female employees to take maternity leave is becoming increasingly the norm in Japan's private sector, women in politics can still face a storm of criticism even for getting pregnant.

On July 12, independent House of Representatives lawmaker Takako Suzuki, 31, announced on her official blog that she was pregnant with her first child, writing, "On this occasion, I have been blessed with the gift of a new life." 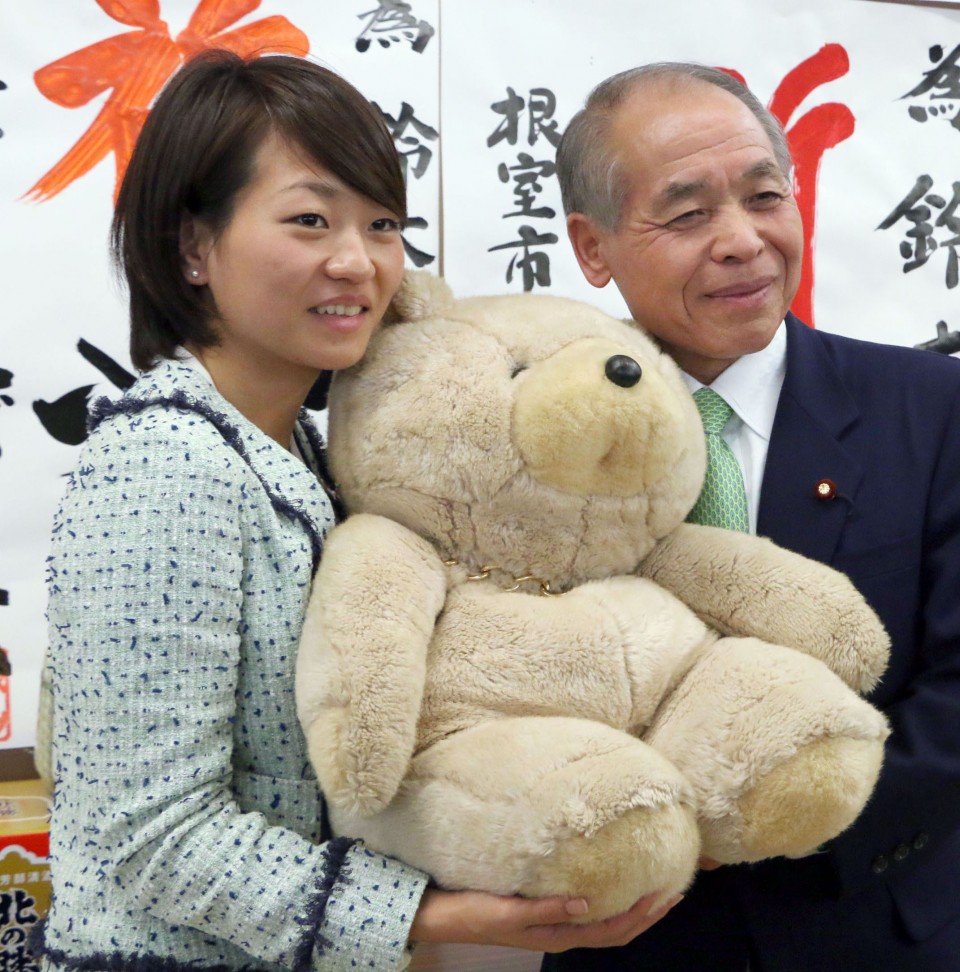 She went on to say she felt "very conflicted" since she had been prescribed bed rest by her doctor due to the risk of a premature birth. This meant, she said, that she would have to limit, though not altogether cease, her political activities.

Although Suzuki was sent a number of messages of congratulation and encouragement, she also received a torrent of criticism in her comments section. "I have doubts about you getting pregnant while you are still serving in office," one person wrote. "You should quit for the time being," remarked another, while someone else wrote, "This is why female lawmakers are a problem..."

Suzuki responded in a post that she found the notion that because she is pregnant she is somehow "abandoning her duties" as a representative of the people unacceptable. She added that she is ready to vigorously pursue her activities after giving birth.

Suzuki's father Muneo, a former House of Representatives lawmaker, posted in his blog: "This is a gift from God. It is outrageous to call this an abandonment of duty."

Suzuki, who said she is scheduled to give birth in mid-September, is not the only female Diet member to have abuse thrown her way for daring to have a child.

Megumi Kaneko, a 39-year-old House of Representatives lawmaker from the Liberal Democratic Party, gave birth to a son February last year. A person who saw her cradling her son in her home district in Niigata Prefecture told her, "You're done as a politician."

That prompted Kaneko to later say, "In politics, I felt like a prejudice remains that it is something only for men."

The Mainichi Shimbun reported that Hiromi Suzuki, 33, a member of Tokyo's Shinjuku Ward Assembly, took four months maternity leave four years ago and last year, respectively. During her first leave, sexually vulgar insults were scrawled over her posters, and she was labeled a "traitor" and urged to "quit" on social media.

For years the Japanese government has been touting the goal of increasing the number of women in senior jobs, in both the private and public sectors. A target has been set to raise the proportion of women in national and local politics to 30 percent by 2020, but female lawmakers currently make up just 13 percent of the Diet.

More than 70 percent of female prefectural assembly members who responded to a Kyodo News poll conducted last year said the 2020 goal is "unachievable."

In Japan's House of Representatives, where Prime Minister Shinzo Abe's LDP holds a majority, women hold just 44 seats, or 9.3 percent of the 475 seats in the chamber.

According to a survey conducted earlier this year by the Geneva-based Inter-Parliamentary Union, Japan ranked 163rd out of 193 countries in terms of female lawmakers in the more powerful lower chamber. It also ranked the lowest among Group of Seven countries.

Quota systems to enhance women's candidacy in elections have been implemented overseas, and there are also examples of systems to allow female lawmakers to take maternity or childcare leave by bringing in surrogates to stand in their place.

With no such systems established in Japan, it is no wonder there are not more female lawmakers.

In Japan, there is no clear system for maternity or paternity leave based on the law. The Labor Standards Act also does not extend to politicians because they are not considered workers subject to industrial relations.

But in 2000, the absence of LDP House of Councillors lawmaker Seiko Hashimoto from Diet sessions to give birth to her child prompted the Diet to allow maternity leave for its members for the first time. According to the executive offices of both chambers of the Diet, a total of 11 legislators have made use of the system.

According to the Cabinet Office, all prefectures and assemblies in designated cities now have systems in which female lawmakers can take maternity leave, but the systems do not extend as far within municipal assemblies.

Women are faring much better in the private sector, although they are still grossly underrepresented in leadership roles. Retail giant Aeon Co. is aiming to boost its proportion of women managers to 50 percent by 2020.

Although the male-to-female ratio was split evenly when hiring new employees with the similar abilities, many began to question why there was such a big difference at the managerial level.

For the past four years, the company has been trying to figure out ways to incentivize women to remain in their jobs.

As a result, the company says that 100 percent of its female employees at its headquarters in Chiba, near Tokyo, have been able to take childcare leave and return to their jobs.

"We have encouraged men to engage in child rearing, too. Regardless of gender, we want our employees to work for many years," said a company spokesperson.

Matahara Net is a nonprofit organization that supports women who experience "maternity harassment," or matahara in Japanese -- the term used to describe women who suffer harassment in the workplace after becoming pregnant or giving birth.

"Japanese people are too close-minded. Policies should reflect diverse thinking, and the perspective of female lawmakers who have experienced childbirth and childcare is essential. We have to have a society where women can continue working whatever their profession might be," said the NPO's representative director Hiroko Miyashita.