Between Aug. 13 and 17, North Korea held a series of events intended to celebrate the lives and rule of the Kim family.

The capital, Pyongyang, was decorated to mark the event, and rallies and gatherings were held in the city and elsewhere. 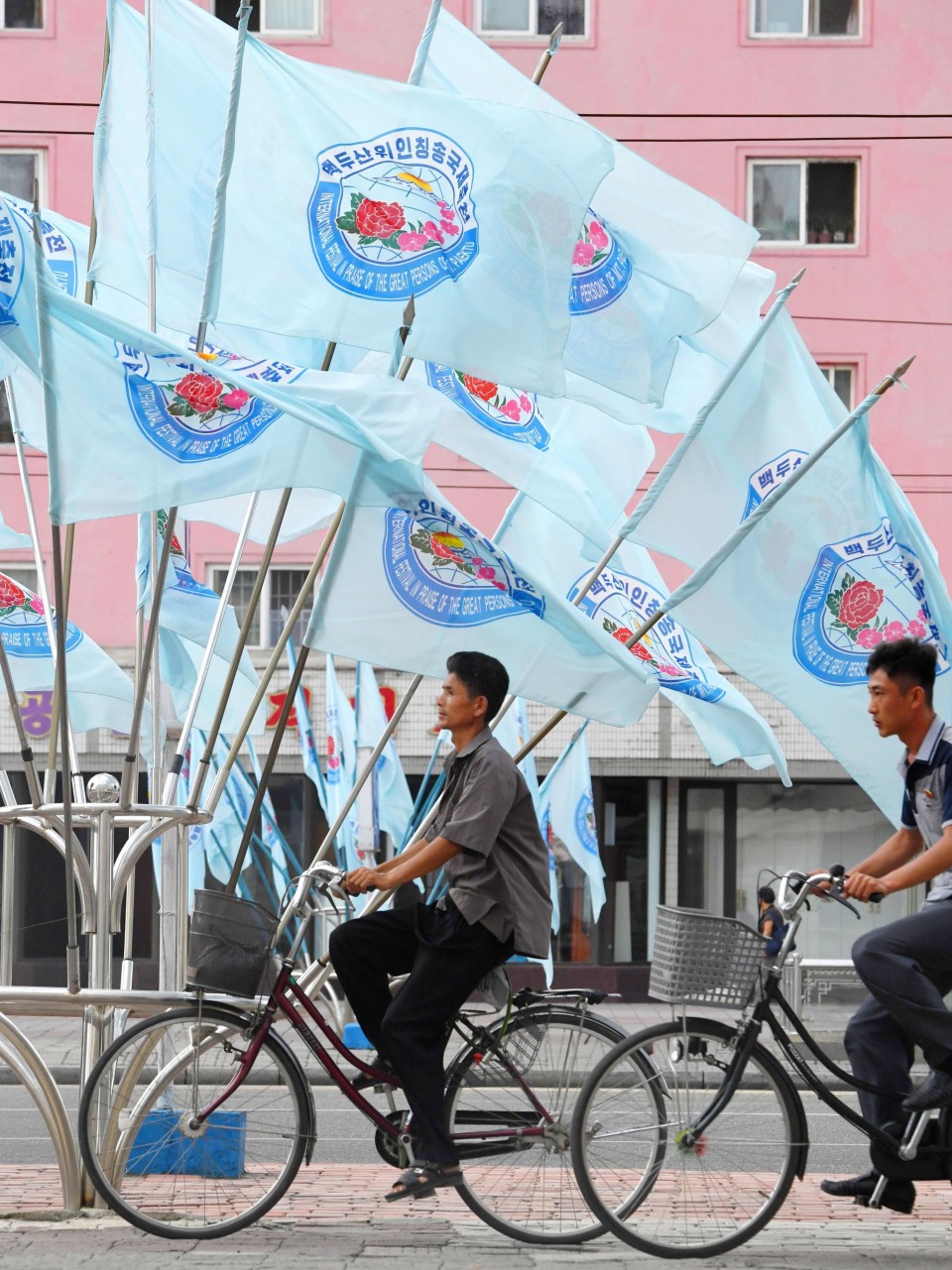 The events were advertised with flags and posters around the capital, Pyongyang. 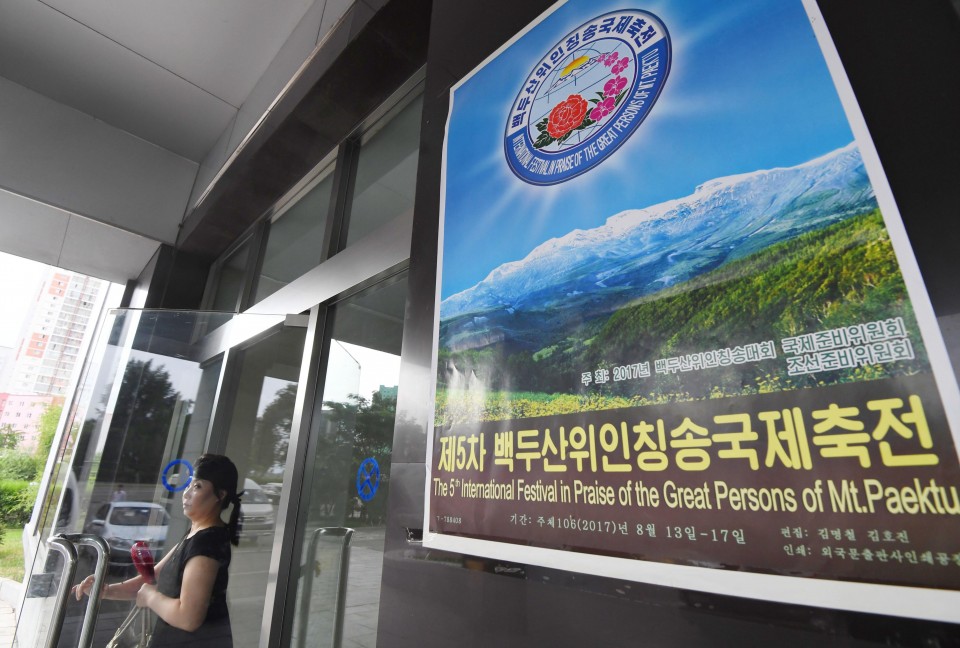 The four day celebration was billed as "The 5th International Festival in Praise of the Great Persons of Mt. Paektu."

On the first day of the event, high school students marched in Pyongyang to express support for North Korea's statement criticizing U.N. sanctions on the country. 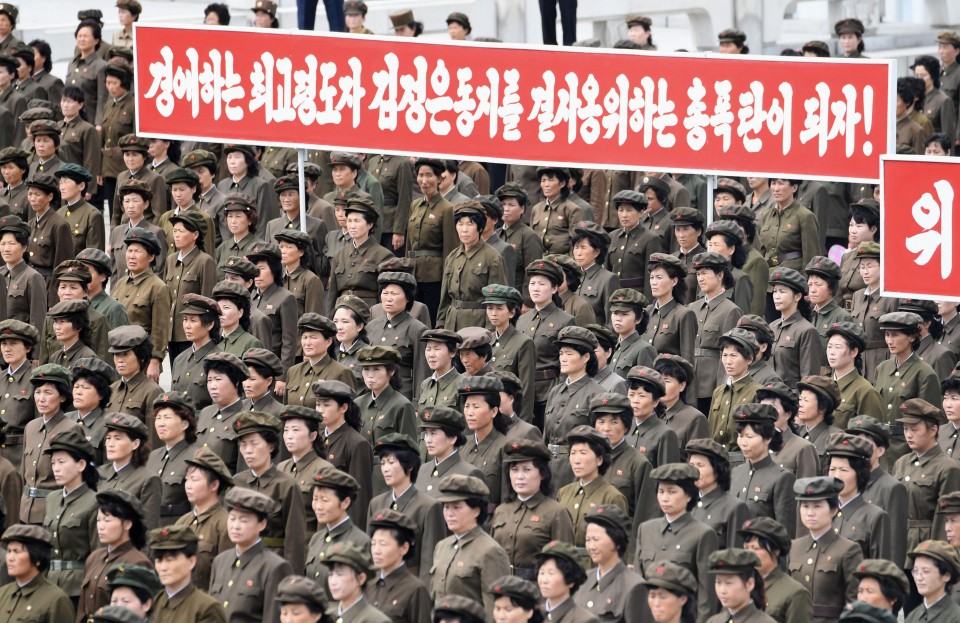 North Korean woman gathered in the capital the following day to also express support for the statement. 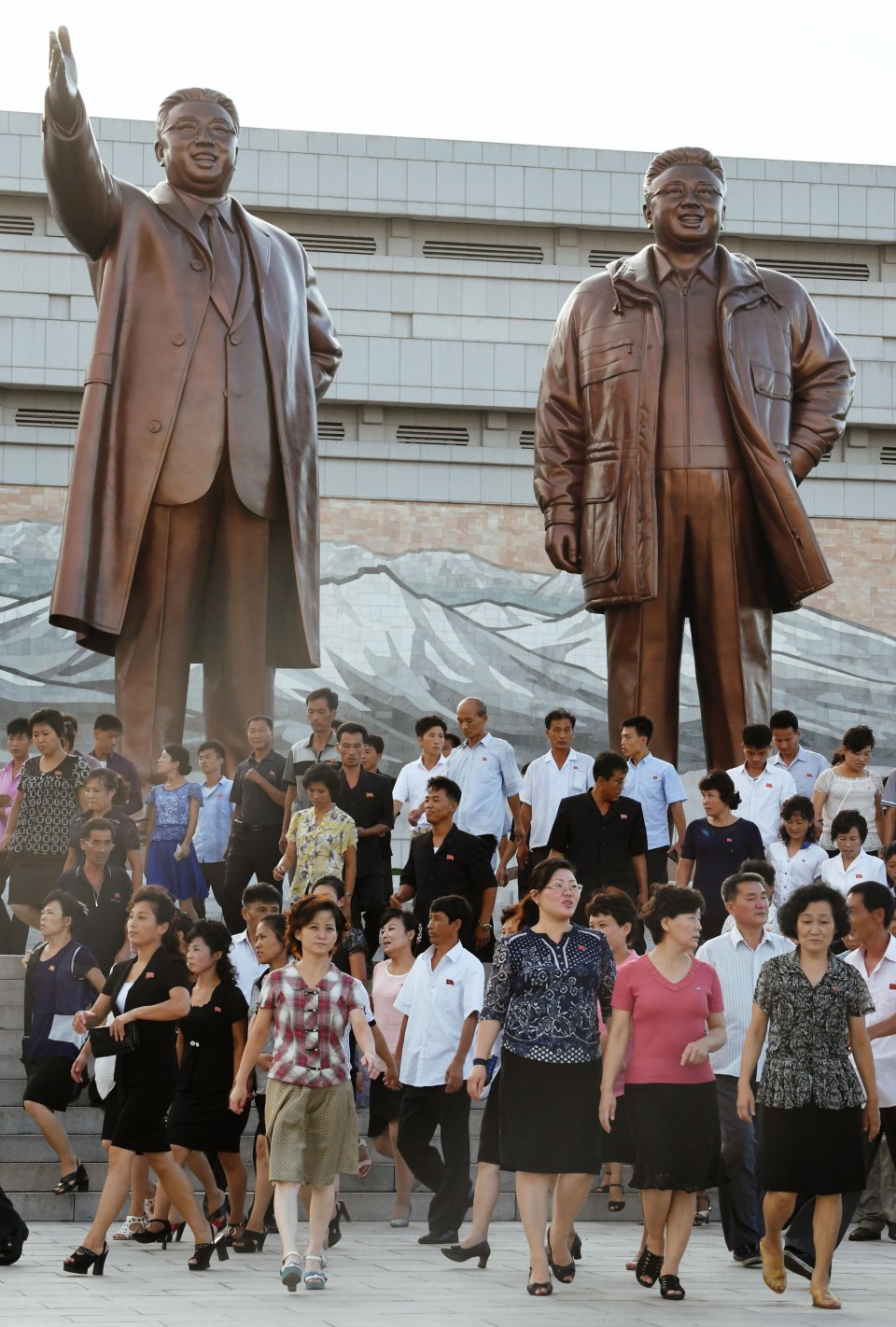 Citizens laid flowers at the statues of the country's late leaders Kim Il Sung and Kim Jong Il on Mansu Hill in Pyongyang on Aug. 14. 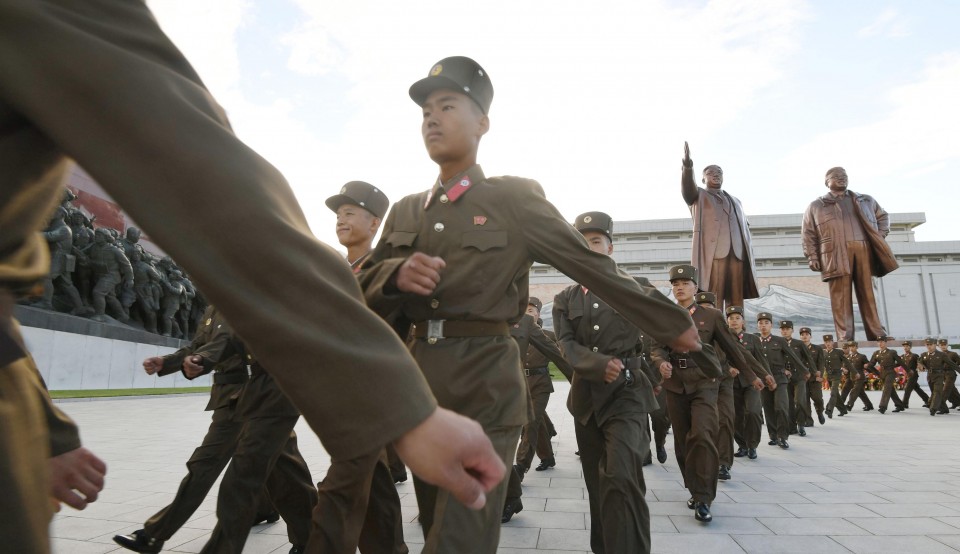 Soldiers also laid flowers and marched past the statues. 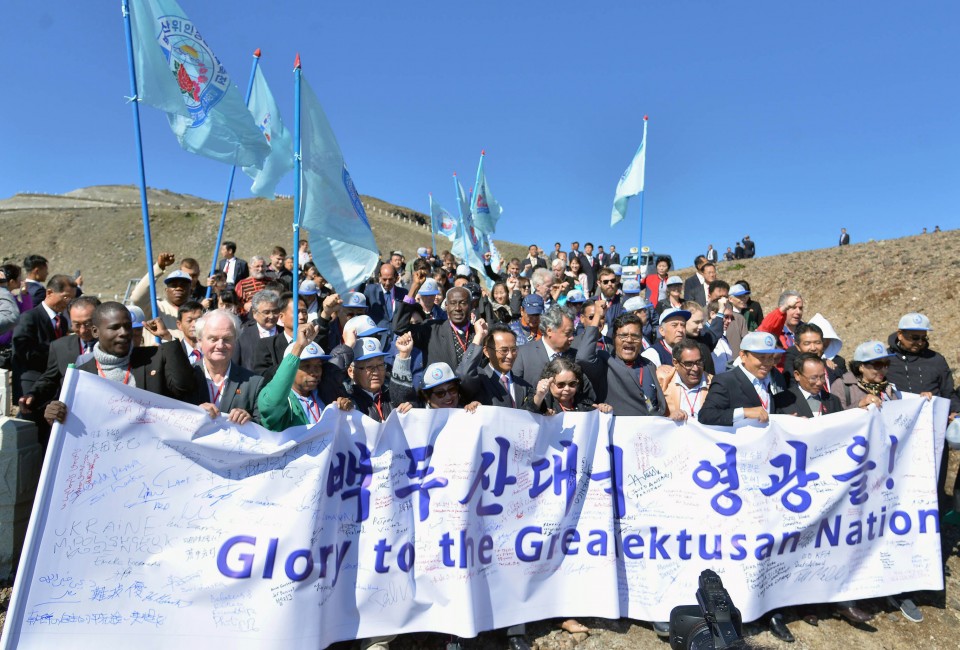 On the same day, supporters of North Korea gathered to hold a rally on Mt. Paektu, which lies on the North Korean/Chinese border. 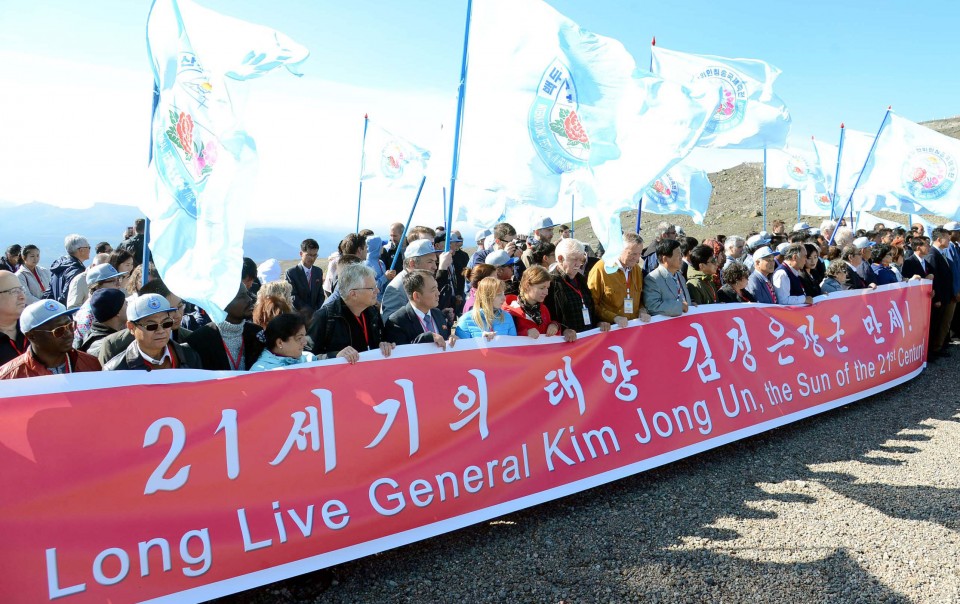 Mt. Paektu is claimed to be the birthplace of the second leader of the Kim dynasty, Kim Jong Il, who died in December 2011. 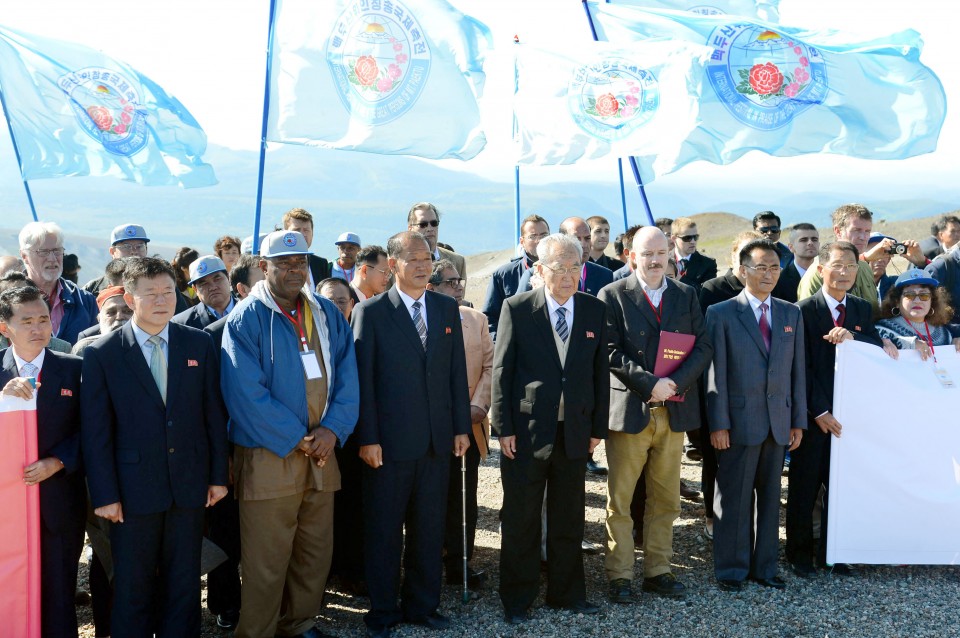 Kim Ki Nam (5th from L in front), a vice chairman of the ruling Workers' Party of Korea, attended the rally. 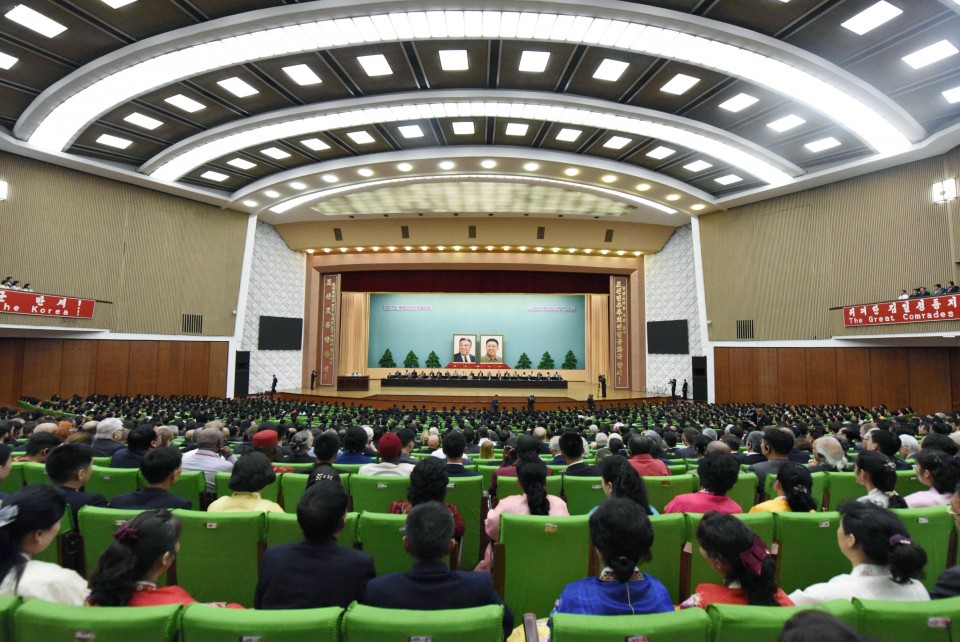 A gathering called "Praise to the Great Persons of Mt. Paektu," an event to sing the praises of North Korea's ruling Kim family, was held in Pyongyang on Aug. 15. 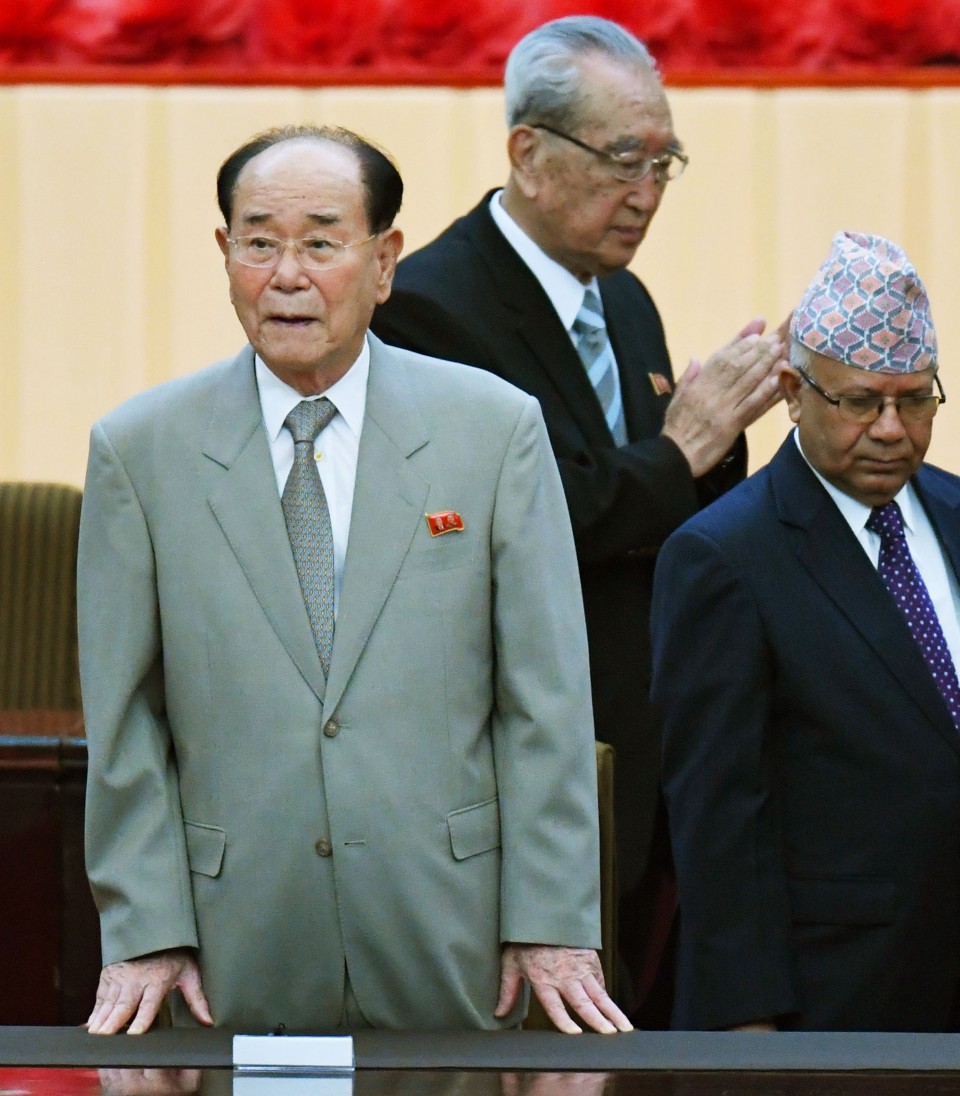 Kim Yong Nam (L), president of the Presidium of the Supreme People's Assembly of North Korea, made an appearance at the gathering. 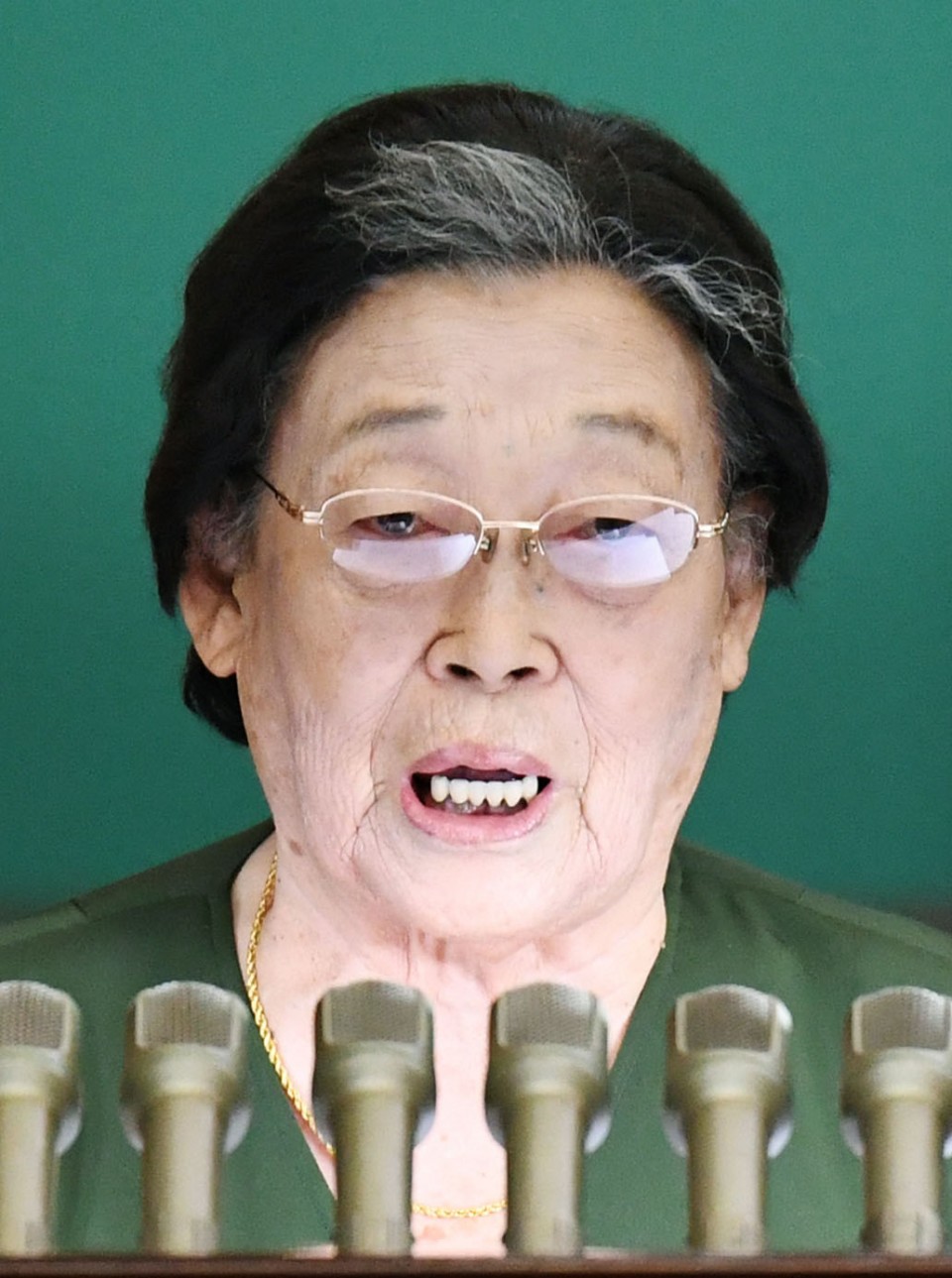 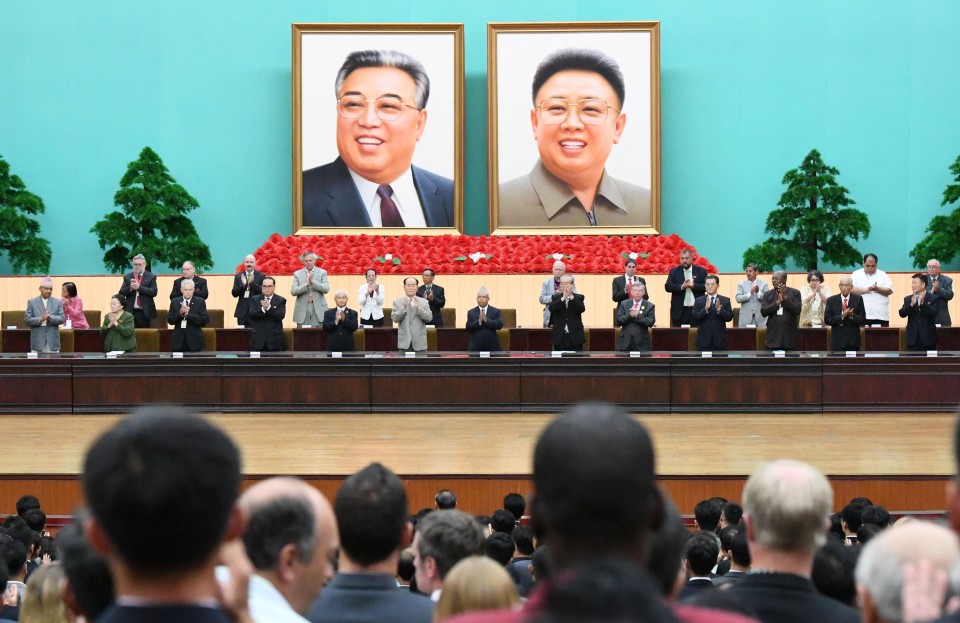 Guests included North Korean officials and representatives from elsewhere in the world. 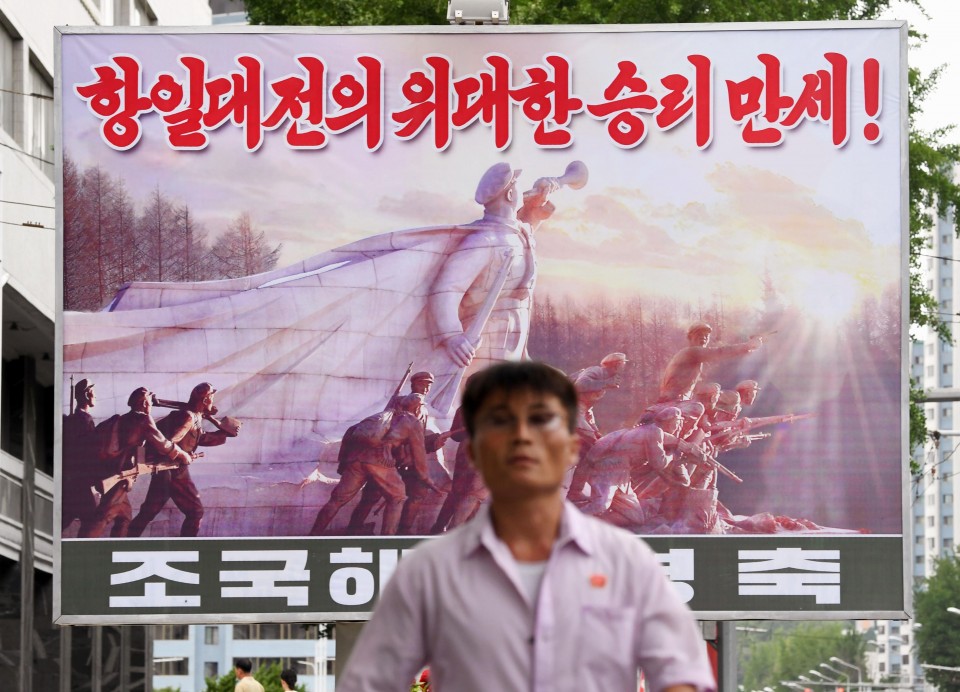 Aug. 15 also represented the anniversary of the Korean Peninsula's liberation from Japanese colonial rule, with signboards in the capital reminding people of the day and its events. 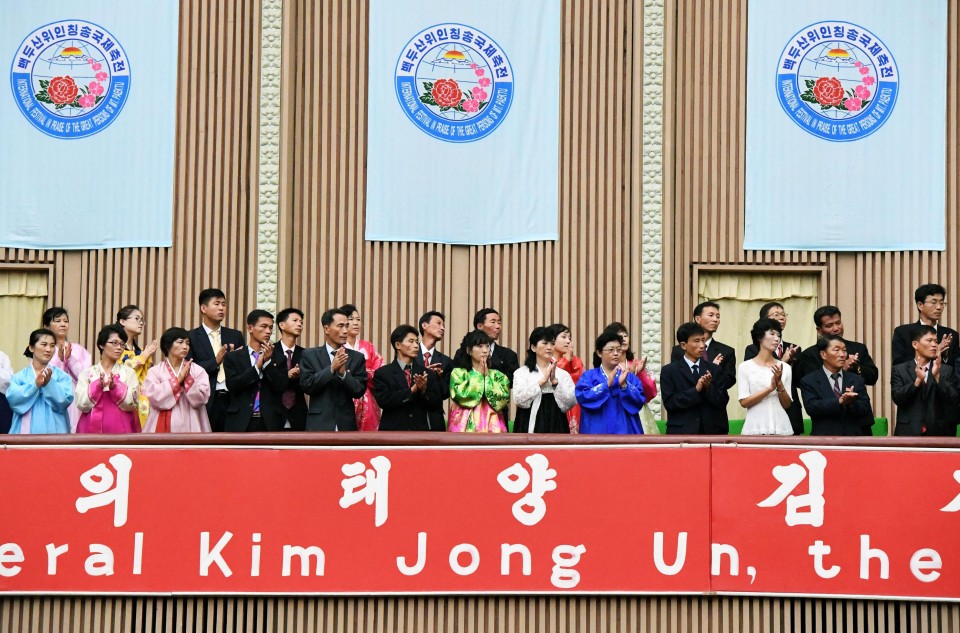 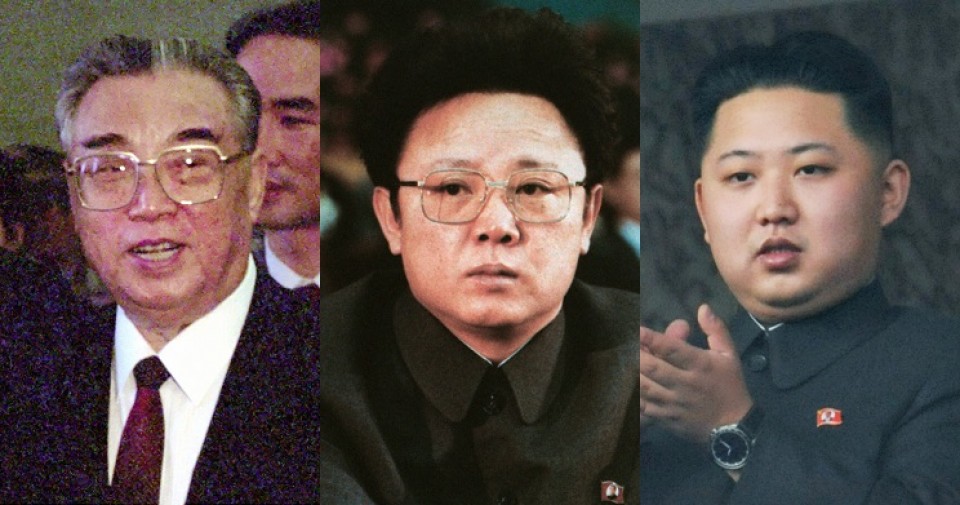 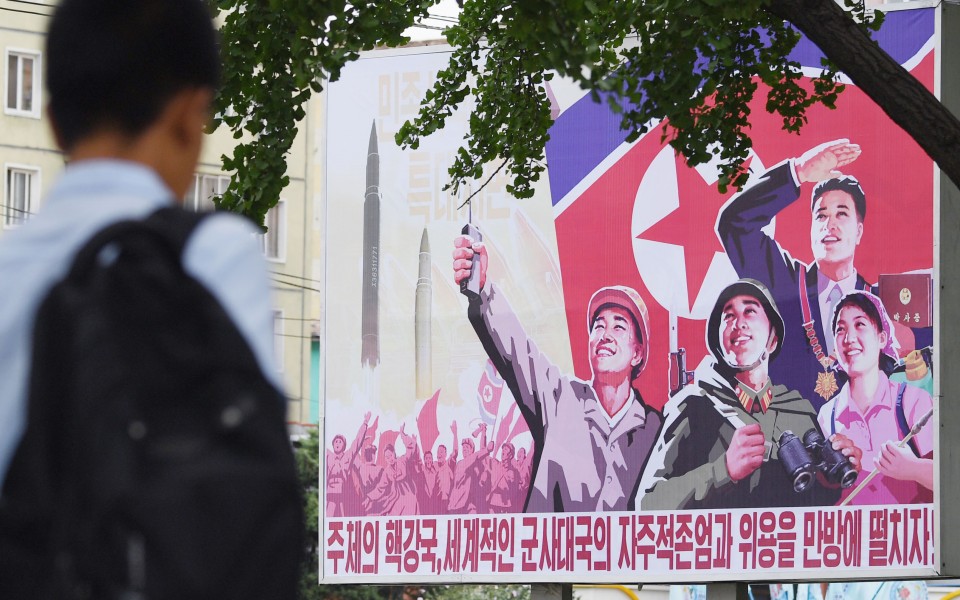 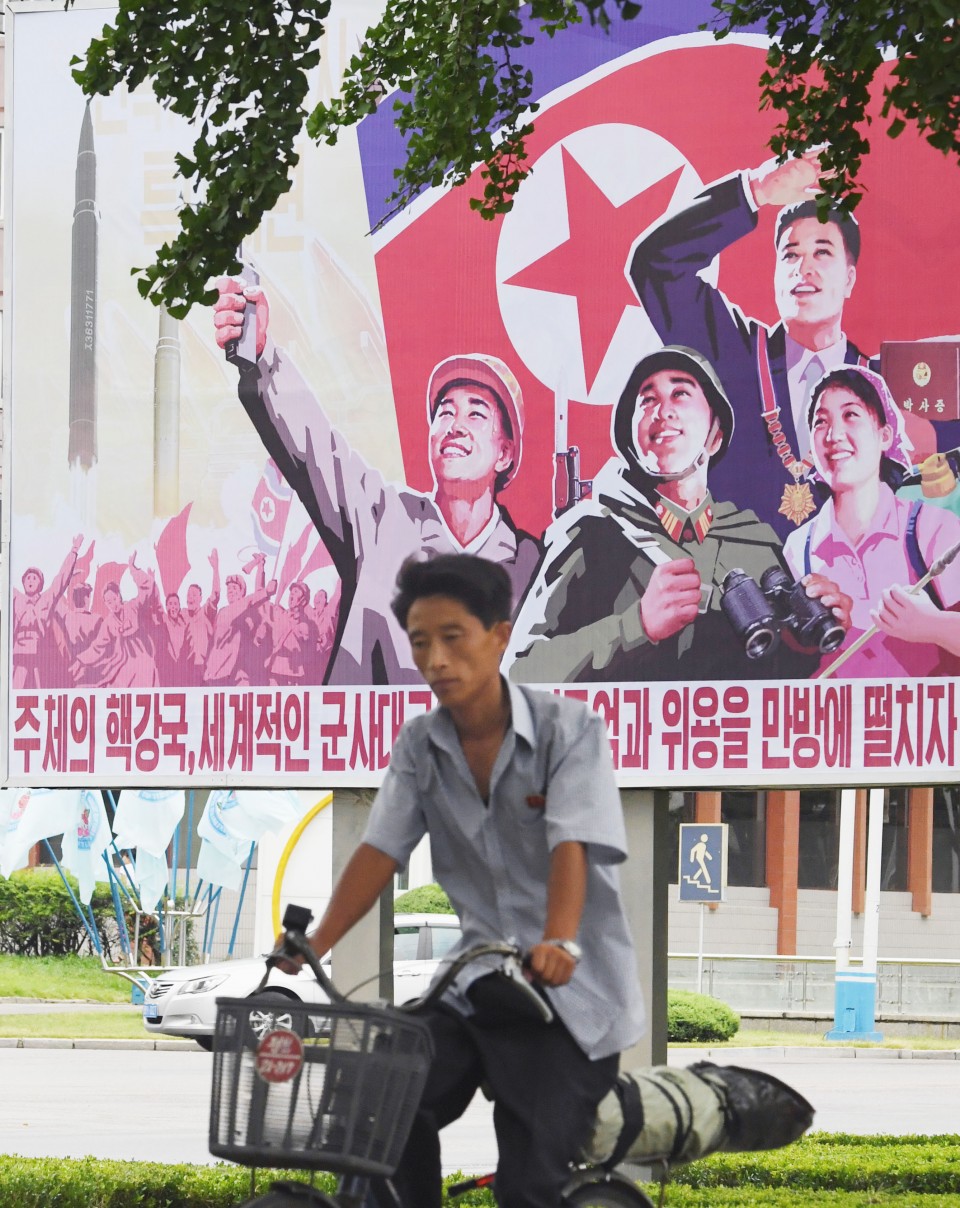 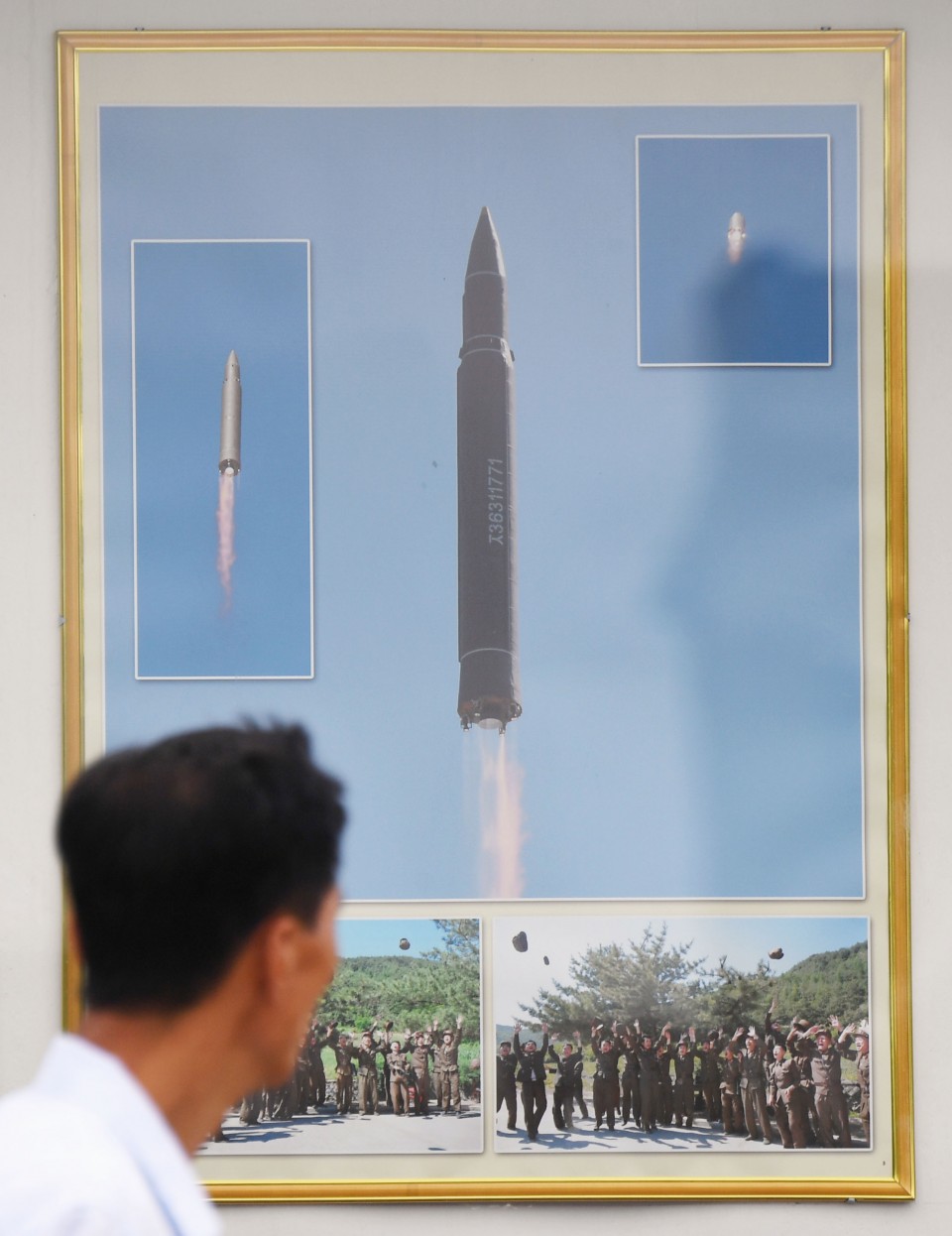