The incoming New Economic and Fiscal Policy Minister was also given the role of the minister in charge of "Hitozukuri Kakumei" for overseeing Abe's policy initiative to foster human resources amid the aging of Japan's population.

But confusion spread among netizens who associated the name with biology and sci-fi as the direct translation of the name is "human development revolution." 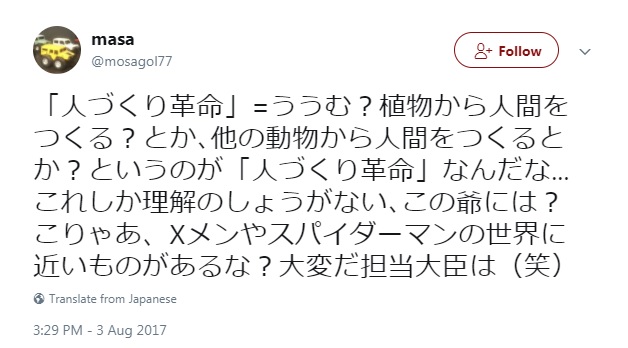 "Human development revolution" -- What? Creating humans out of plants? or making humans out of other animals? must be what it is. That's how an old man like me would understand. It sounds similar to the worlds of X-Men or Spider-Man. Must be hard being such a minister.

@knakano1970 said the minister's title sounds like Pol Pot or possibly a new name for a minister in charge of the falling birthrate.

"What is 'Human-Making Revoluion'? Is he in charge of AI?" 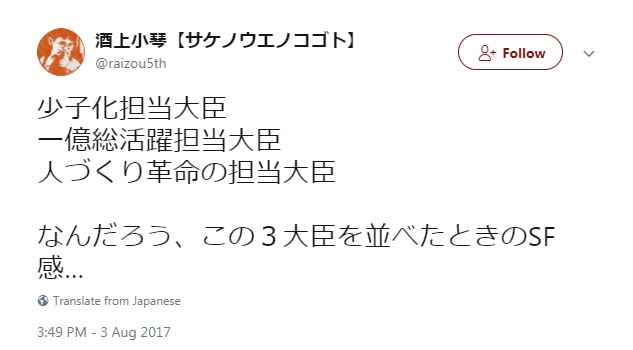 Others like @raizou5th mentioned other minister names in Japan that also brought confusion in the past and said together they sound "Sci-Fi." 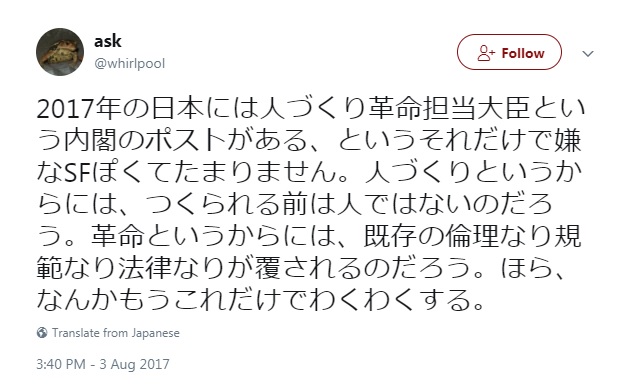 @whirlpool also said it sounds "so Sci-Fi," adding, "When you say making people, it means those who are not made are not people. As it says revolution, it probably means the existing ethics, rules and laws will be overturned. Now, that sounds exciting."