Although Japan is a secular society in most regards, the majority of funerals conducted in the country are Buddhist memorial ceremonies.

In most cases, this is done out of custom rather than any overt religious belief.

Even so, when a father's dying wish is for people at his funeral to celebrate his life with music and laughter in a nonreligious, joyful ceremony -- not lament the cancer that killed him -- the idea might seem outlandish.

Except this is exactly the kind of funeral I helped arrange for my own father when he passed away.

The funeral is the final opportunity to bid farewell to the deceased. Why, I thought, not make it an event that conveys my father's character to the fullest? I trust there are many bereaved families out there who might feel the same.

My father, who died in late March at the age of 60, discovered he had cancer a year before his death when he was temporarily posted in Okinawa Prefecture for work.

An active journalist himself, he was a nonreligious man. He instructed me before he died not to hold any religious memorial service for him, and I was determined before he died to create an original funeral that was representative of him. He wanted to show the people he knew in life how much he appreciated them.

Urban Funes Corp. based in Tokyo, the funeral parlor that handled the service, is pioneering so-called "freestyle funerals" in the Tokyo metropolitan area. Company president Takayuki Nakagawa, 44, had worked in the bridal industry before establishing the funeral parlor in 2002.

"The age is coming when funerals also will not be imposed on people but created in line with clients' wishes," said Nakagawa.

According to a 2016 survey conducted by the Japan Consumers' Association, almost 90 percent of funerals nationwide are conducted as Buddhist memorial services.

Even at Urban Funes, about 80 percent of the 2,500 ceremonies conducted by the company each year are also religious memorials, mainly because it is customary to do so. The company says once the main ceremony is over, many like to host a unique second event where people can enjoy themselves. Freestyle nonreligious ceremonies, the company says, are also on the rise.

The big clue that my father desired an unusual funeral ceremony came in an email titled, "For that time." It was three months before he passed away, and he sent it to me, his eldest daughter, in Nara Prefecture where I live, from where he was hospitalized after his condition had worsened.

His requests, from the time he fell into a critical state until the funeral itself, were plainly written down on one page. He even asked me to take charge of the proceedings as "chief mourner."

"The concept is to have everyone enjoy themselves, and get rid of their bias about cancer," the message begins. It went on to describe various details of the ceremony, such as putting his memorabilia on display, playing background music, and having his friend who is a singer perform. I could almost see him taking delight in showing up himself for the occasion.

With the skill of a practiced professional, the funeral planner arranged an event befitting the occasion in what to me had appeared an outrageous plan by my father. The venue was a funeral hall owned by a Buddhist temple located in Yokohama. According to Urban Funes, more venues are responding to the diverse needs of customers and allowing them to use their facilities, regardless of religion.

A portrait of my father was projected onto a large screen before a slideshow of his photographs were shown. Drawings and woodcut block prints that my father drew and saved when he dreamed of becoming an artist in his youth were on display. 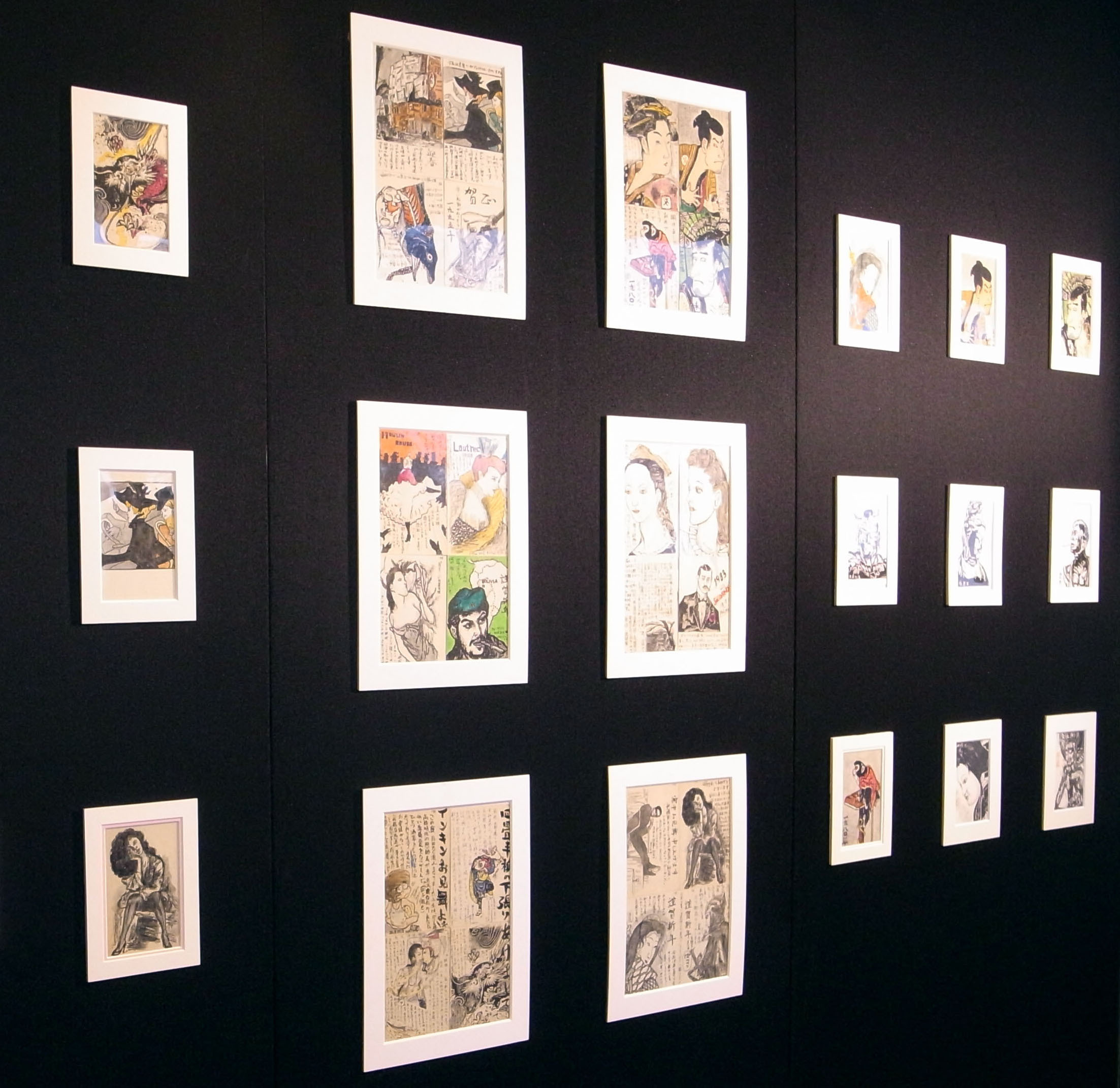 "This was time well spent, where I could bid him a proper farewell," said a 60-year-old male friend of his who had been a source of encouragement to my father for 50 years.

When my father was battling cancer, he supposedly repeatedly told my mother, "I led a blessed life." Although his life was cut short by an unexpected illness, it didn't mean that everything he had built in his life was reduced to sorrow.

While touching his photos and belongings left behind and listening to stories we never knew from his old friends, our family got a glimpse of my father's life philosophy behind those words. Preparations for the funeral, it turns out, became an important time for our bereavement.

Funeral types are influenced by the times. Hajime Himonya, 71, a journalist who specializes in funerals, said freestyle funerals were a consequence of the collapse of Japan's bubble economy in the early 1990s.

"Freestyle funerals made their emergence around 1995 when people's sense of values began to change after the collapse of the bubble economy as they became keenly aware of the recession and inequality," Himonya explained.

With small-scale family funerals becoming the norm, he believes ceremonies will become even more individualistic and diversified. "A funeral means the time from one's deathbed, to the wake, on to the vigil, and the time to cope with death. How this time is spent beyond physical form is important," Himonya said.

The fact that we were able to hold a unique ceremony according to my father's wishes meant the world to my mother whose facial expression became rather cheerful. "The actual feeling of being able to give him a proper send-off will drive me forward for the rest of my life," my mother said.

In the end, a funeral is not merely a place to bid someone farewell, but a ceremony for those left behind to reminisce about the times spent with that person, and cherish those memories as they embark on a new future.

The unique funeral conceived by my father -- on his own terms -- became the last but best memory of him for our family.