Japan's new Foreign Minister Taro Kono on Monday brushed aside a provocative remark by his Chinese counterpart Wang Yi during their first talks since Kono assumed his post last week, saying he wants Beijing to "learn how to behave as a big power."

At the bilateral meeting in Manila earlier in the day, the outset of which was open to the media, Wang told Kono, "Frankly speaking, we were disappointed to hear your comments" in the East Asia Summit foreign ministers' meeting.

"We felt that you were forced to fulfill a mission that the United States had given you," Wang said, apparently referring to Kono's earlier remarks regarding China's military buildup in the contested waters of the South China Sea.

Kono had suggested he would remind Beijing of the importance of the rule of law in dealing with disputes in the waters, one of the world's vital shipping routes, where several ASEAN nations have overlapping territorial claims with China.

"I will call for demilitarization in the South China Sea," Kono told reporters Sunday.

Kono, who is acquainted with Wang, a former ambassador to Japan, also said at the meeting, "I became foreign minister in a very difficult era when we are facing North Korean issues and various maritime issues."

"I would like to frankly exchange views" with China, Kono said.

The ministers met on the sidelines of a series of Association of Southeast Asian Nations-related gatherings. 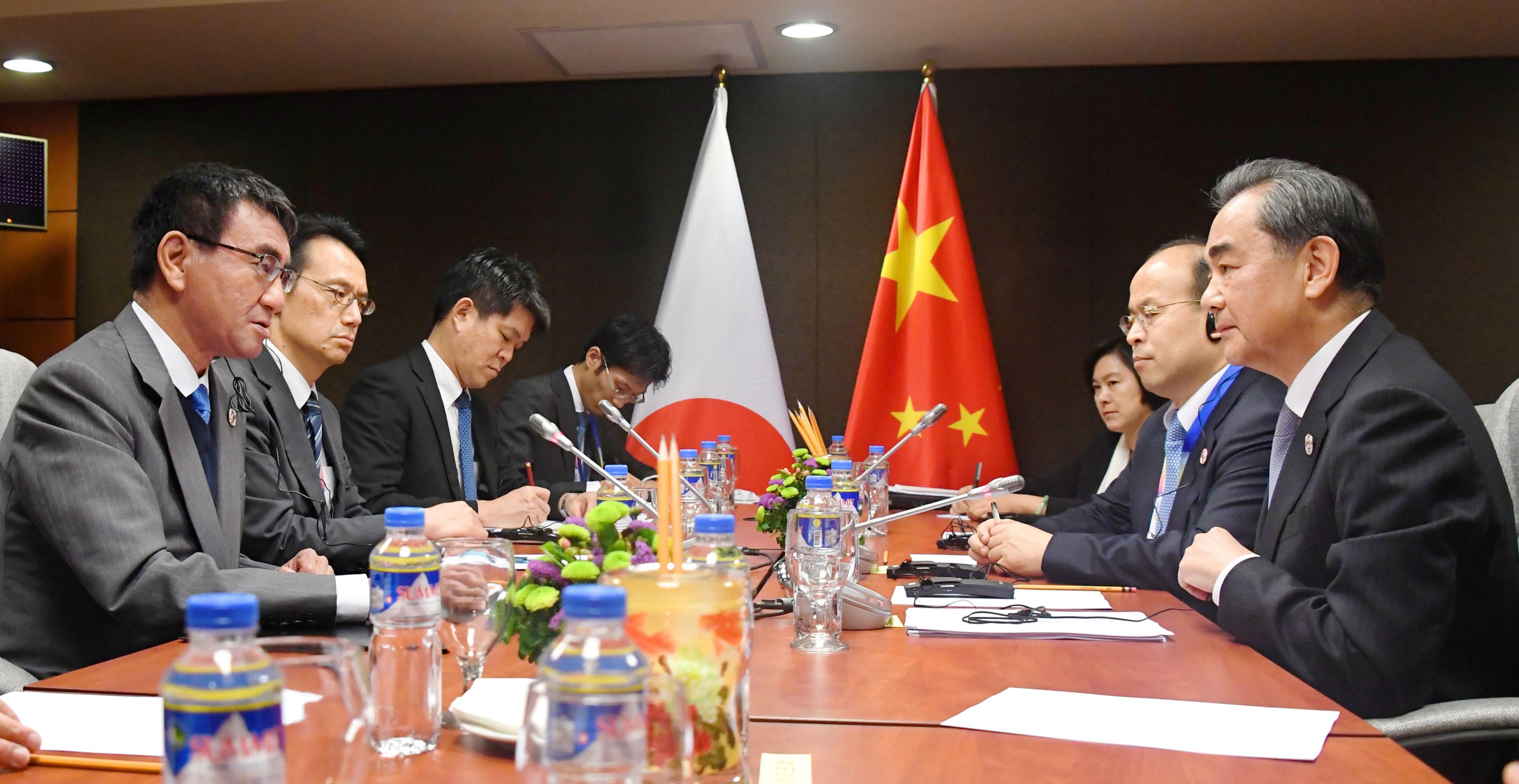 Kono, who assumed his post in a Cabinet reshuffle on Thursday, has also called on China to do more to address the threat of North Korea's nuclear and ballistic missile programs.

Beijing is one of the five permanent members of the Security Council and the chair of stalled six-party talks involving the two Koreas, China, Japan, Russia and the United States, aimed at denuclearizing the Korean Peninsula.

Given that North Korea's trade with China accounts for around 90 percent of Pyongyang's total foreign trade, Beijing has a significant influence over the country.

The U.N. Security Council on Saturday imposed fresh sanctions on North Korea that will slash the nation's $3 billion of annual export revenue by a third in response to Pyongyang's two long-range missile tests in July.

Washington has pressed for more biting sanctions, having previously floated the idea of an oil embargo and a global ban on Pyongyang's national airline Air Koryo, for example.

China, however, is hesitant to do so. Beijing along with Moscow has always stressed the importance of seeking a diplomatic solution to calm the rising tensions on the Korean Peninsula.

Kono is known as a pro-China politician. His father Yohei Kono, a former foreign minister and speaker of the House of Representatives, is a regular visitor to China. 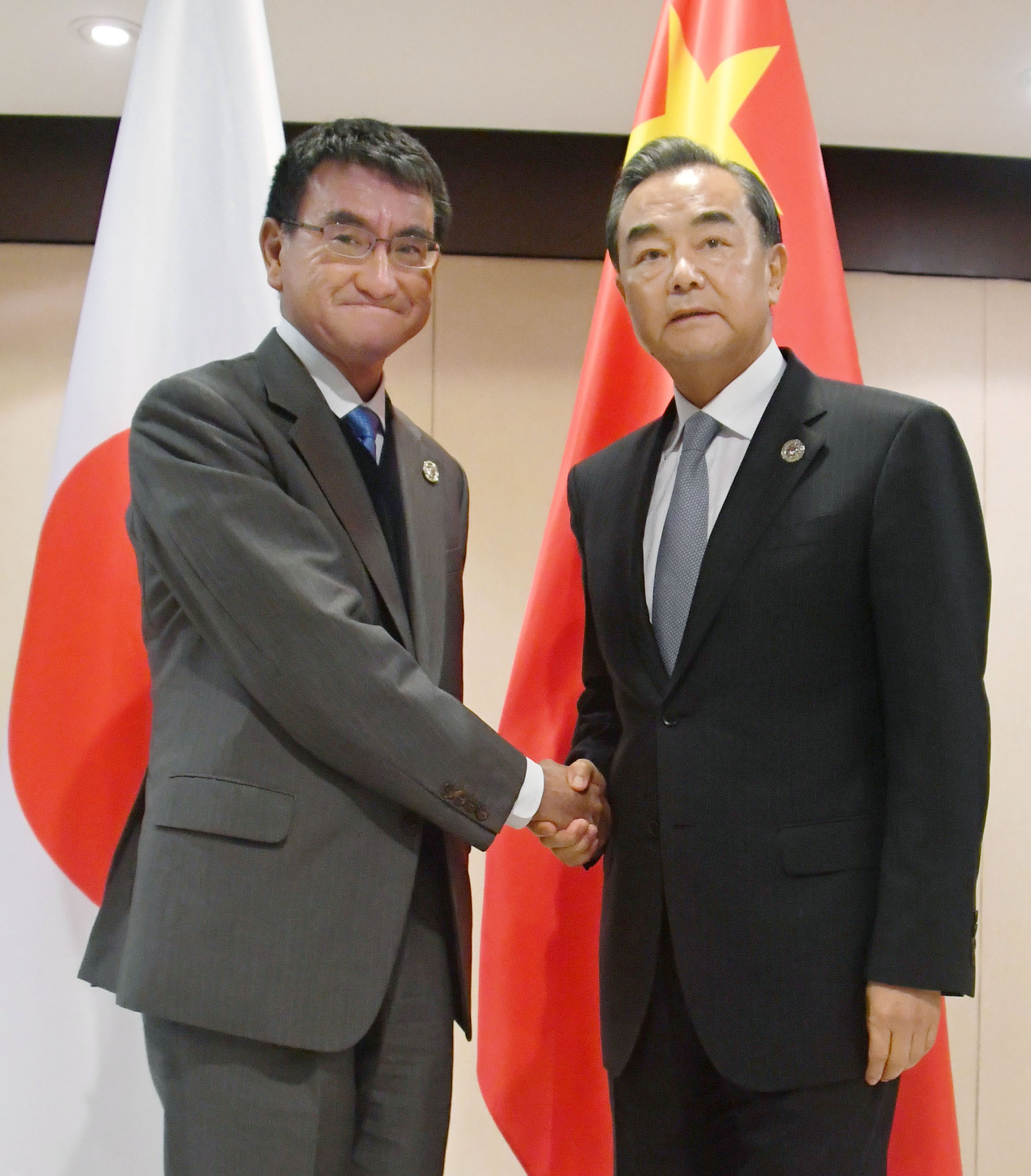