A Japan-funded drill simulating a earthquake and subsequent tsunami was held Tuesday at an elementary school in Indonesia's resort island of Bali.

The drill, involving 500 students at Public Elementary School No. 2, was the first to take place as part of an 18-month project involving 18 countries.

As part of the drill, the children first hid under their desks during a mock magnitude-8 earthquake, and then evacuated to a hotel located 500 meters away.

The project, organized by the U.N. Development Program, is funded by the Japanese government in partnership with Tohoku University, the International Tsunami Information Center, and the Japan International Cooperation Agency.

"Education can save many lives, for instance, schoolchildren will be able to recognize early signs of a tsunami, allowing them to make their way out to safety without panic," said Hirohisa Chiba, consul general of the Japanese Consulate General in Bali.

"A tsunami drill like this one in Bali is an invaluable investment that will increase the chances of survival for people on this island," he added.

Christian Budi Purnomo, technical officer for disaster risk management and climate change adaptation at the UNDP, said Tanjung Benoa was picked as the drill site because the area is among those highly vulnerable to a tsunami.

According to Lilik Kurniawan, director for disaster risk reduction at the National Disaster Mitigation Agency, there are 1,617 schools across the country sitting in tsunami-prone areas with 51 of them located in Bali.

"If we are not prepared, only waiting for the disaster to come, imagine how many people will fall as victims," Lilik said.

The $1.5 million drill project is expected to help countries have better access to disaster risk data, and in formulating disaster risk reduction policies and programs. 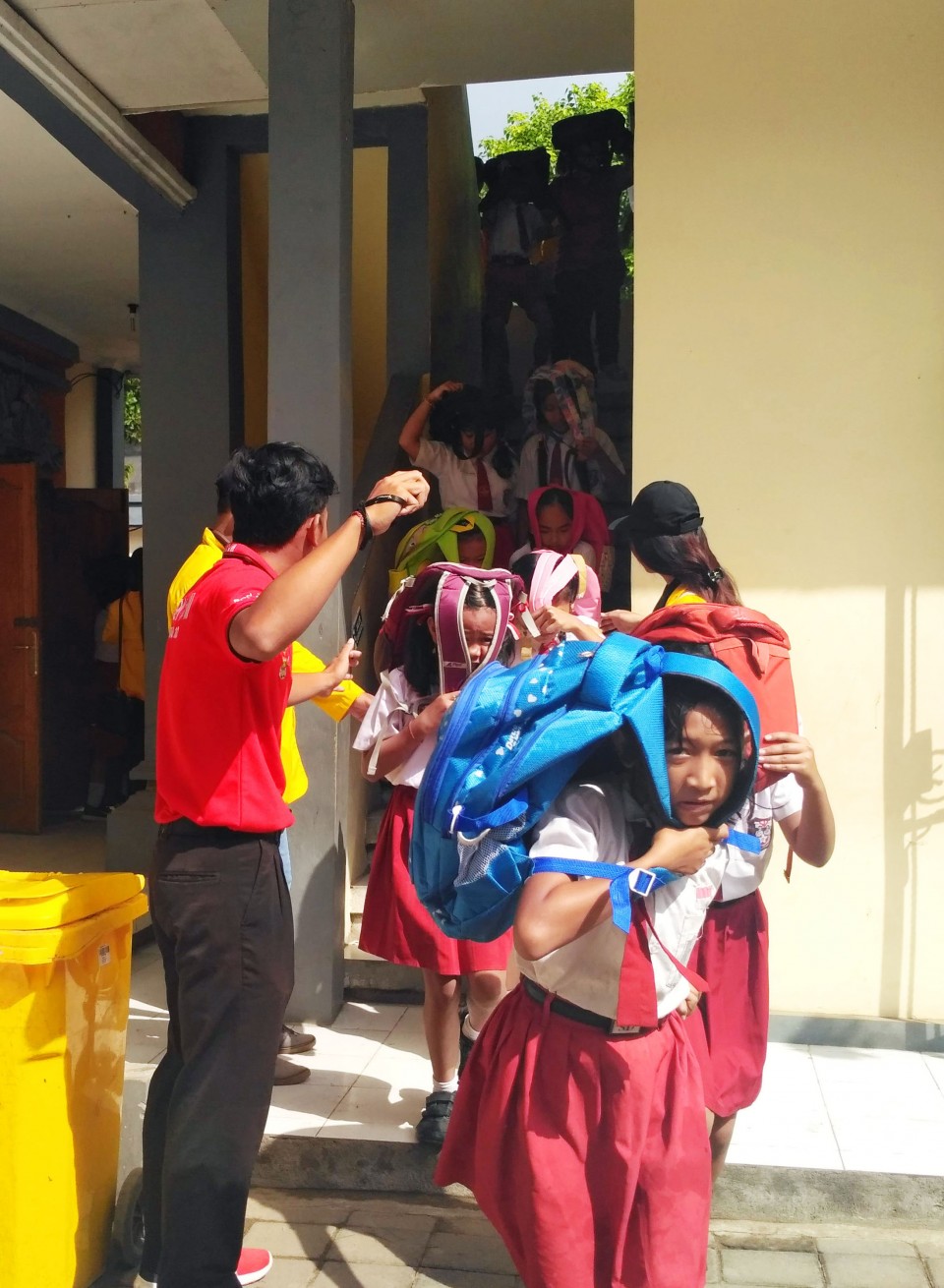