After skating to Japanese pop song "Hana ni Nare" at the Bank of Yokohama Ice Arena, Hanyu offered free lessons to 70 young skaters who were chosen from about 2,600 applicants for the two-hour local event.

Hanyu took many deep bows as he stepped on and off the ice at the rink, which was rebuilt to meet international standards and reopened in December 2015.

A native of Sendai, Hanyu was temporarily forced to shift his training base from northeastern Japan after the March 2011 earthquake and tsunami disaster devastated the region and practiced at the Yokohama venue that was then called Kanagawa Skating Rink for eight months.

"When this rink was a little older and the disaster hit, I borrowed this place and was able to continue training somehow. Times are not always good, but when I'm skating I experience a lot of fun moments," Hanyu told the audience.

Thanks to his former coach and Kanagawa Skating Rink instructor Shoichiro Tsuzuki, Hanyu was allowed to use the facility five days a week while he divided the rest of his time between Sendai and other parts of the country taking part in charity events. 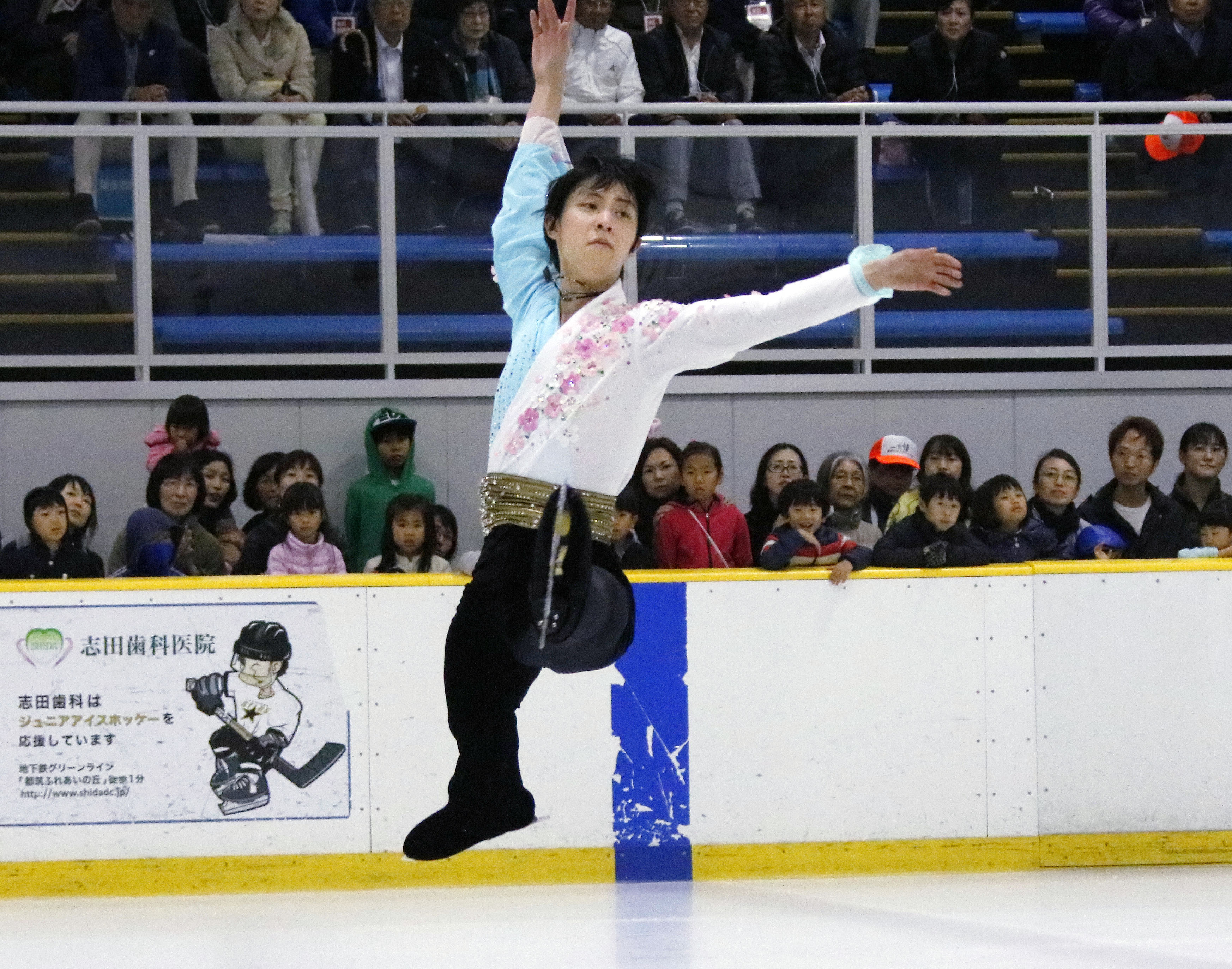 "I'm honored to come back and skate at the rink where I skated after the Great East Japan Earthquake and received lots of cheering from lots of people. It's my turn to give back to the children of Kanagawa through my performance," the 22-year-old said.

This coming winter, his eighth season on the senior circuit, Hanyu will continue to pay back to the community by putting on shows that will bring fans to the ice rink.

"My first competition of the season is coming up in just over a month. I'm going to do my best in the Olympics (in February in Pyeongchang, South Korea) and this entire season remembering your warm support," he said.

Hanyu will open his season at the Sept. 20-23 Autumn Classic in Montreal, with an eye on becoming the first male skater in 66 years to win back-to-back Olympic gold.