Japan marks 72nd anniversary of its surrender in WWII

Japan marked the 72nd anniversary of its surrender in World War II on Tuesday, with the emperor and empress, the prime minister, and about 5,000 relatives of the war dead attending a ceremony to mourn those killed.

In his speech, Prime Minister Shinzo Abe vowed not to repeat the devastations of war and to "humbly" face history in working toward world peace and prosperity but did not mention Japan's wartime aggression in Asia or the pledge not to engage in war.

Abe has not referred to Japan's wartime conduct in his speech at previous five ceremonies, including Tuesday's, although Japanese premiers have touched on the country's past aggression at the annual event since 1994, when then Prime Minister Tomiichi Murayama expressed remorse for the country's wartime brutality in Asia.

"We will contribute to world peace and prosperity by sincerely tackling various challenges, including the issue of poverty, which could become a hotbed of conflicts," Abe said. 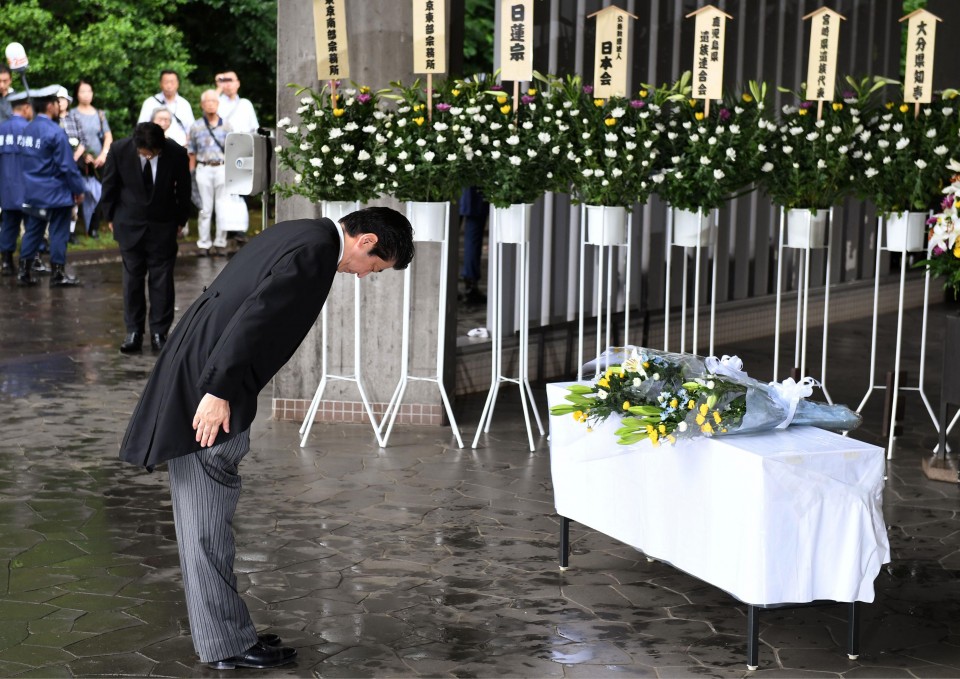 The ceremony comes amid growing threats posed by North Korea's nuclear and missile development programs and as Abe looks to revise the nation's war-renouncing Constitution.

Japan's new security laws, which took effect in 2016, allow its troops to fight abroad even when Japan itself is not attacked.

The ceremony was attended by Emperor Akihito and Empress Michiko. The royal couple are believed to have only a few occasions left to attend the annual memorial, as the abdication of the emperor could come as early as the end of 2018.

"Reflecting on our past and bearing in mind the feelings of deep remorse, I earnestly hope that the ravages of war will never be repeated," the emperor said.

"Together with all of our people, I now pay my heartfelt tribute to all those who lost their lives in the war, both on the battlefields and elsewhere, and pray for world peace and for the continuing development of our country," the emperor said.

The participants observed a moment of silence from noon for the about 2.3 million military personnel and 800,000 civilians who perished in the war, including those who were killed in the U.S. atomic bombings of Hiroshima and Nagasaki as well as in the battle in Okinawa and other air raids.

The oldest relative at the ceremony at Nippon Budokan in Tokyo was 101 and the youngest was 6 years old. 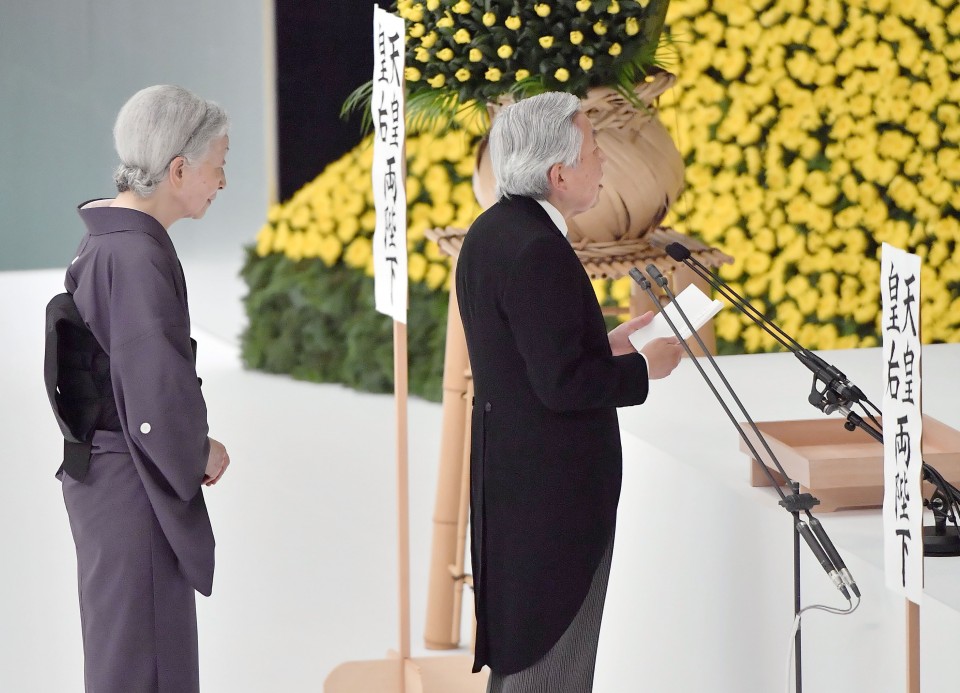