Fire near Tsukiji fish market put out after 15 hours, no injuries

A fire near the famed Tsukiji fish market in central Tokyo was extinguished Friday morning some 15 hours after it broke out, burning a roughly 935 square meter area but causing no injuries, firefighters said.

The Tokyo fire department mobilized around 60 fire engines to battle the blaze, which started around 4:50 p.m. Thursday and filled the fish market and nearby area with thick smoke. 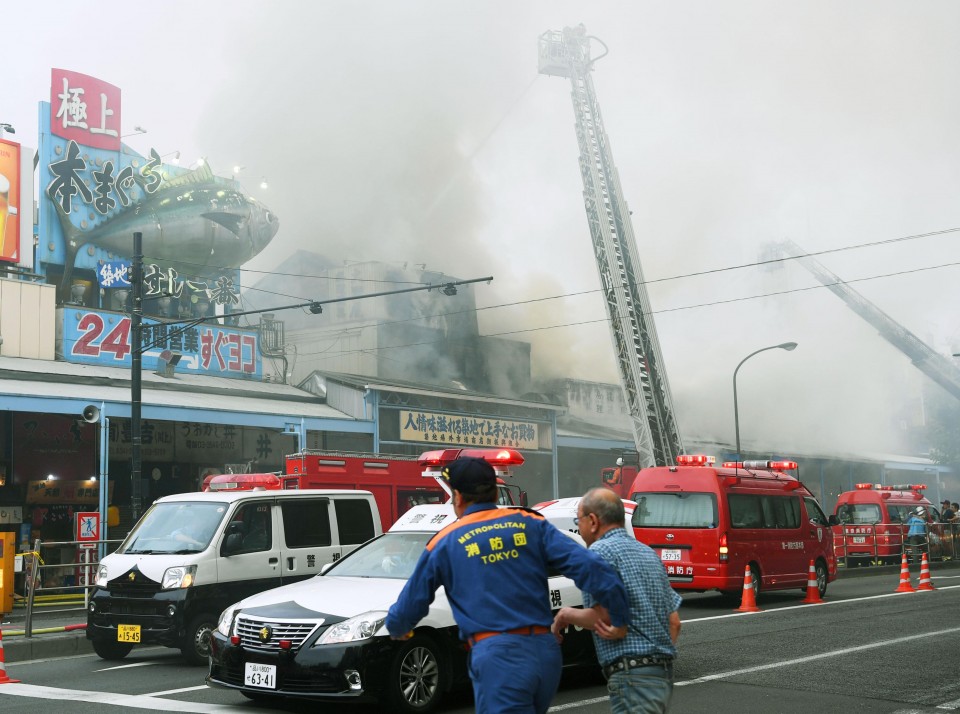 While everyone in the area evacuated safely, one firefighter complained of ill health, probably due to heat exhaustion, according to the department.

Tokyo Electric Power Company Holdings Inc. suspended power supply to the area close to the fire at the request of the Tokyo fire department and about 200 houses temporarily suffered power outages.

The Tsukiji wholesale market, a popular tourist attraction, was established in 1935. Its planned relocation to the nearby Toyosu area has been delayed by pollution concerns at the new site.

The area outside of the fish market houses around 400 stores including sushi restaurants and marine product shops. 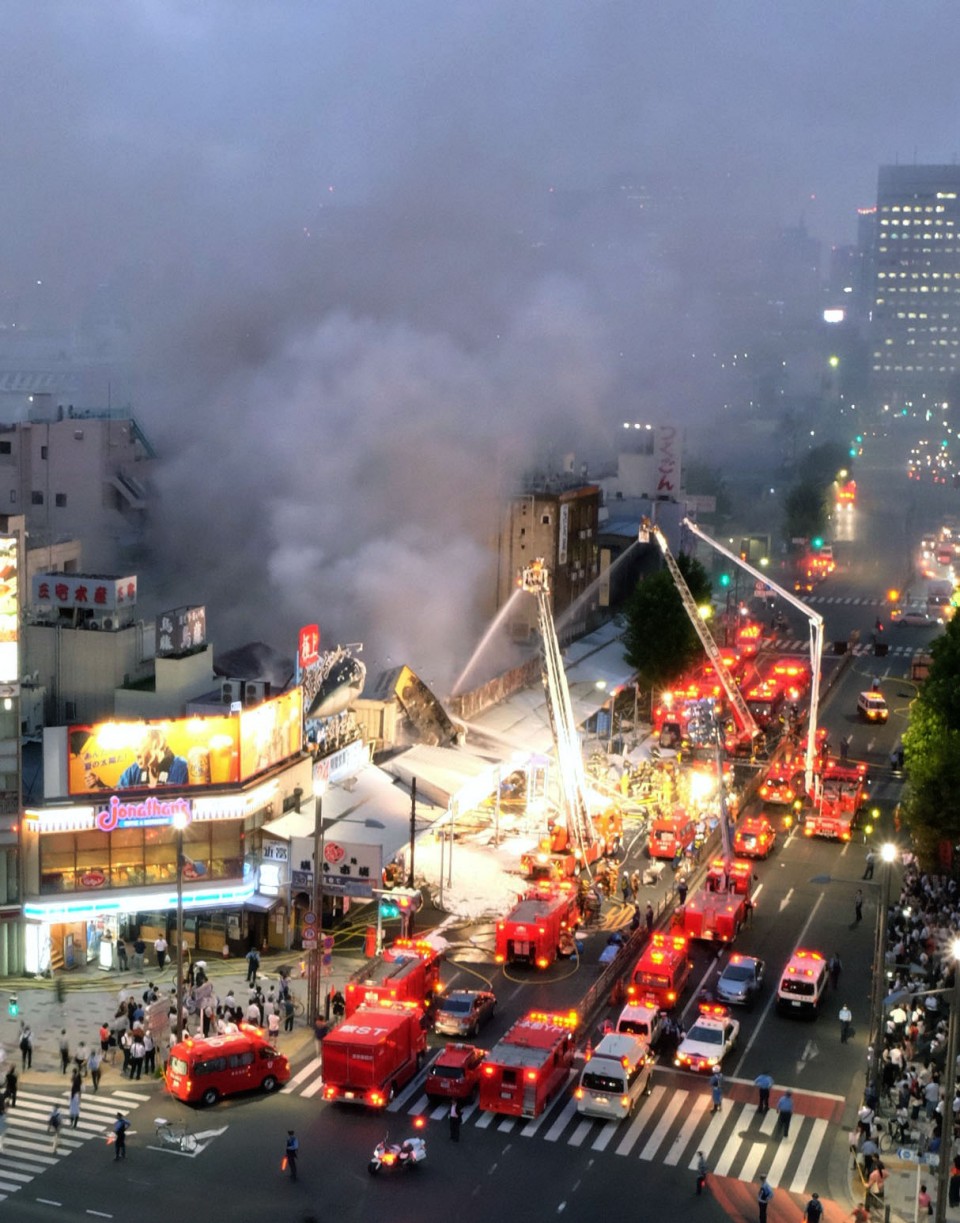