On three afternoons a week, a community meeting room in a housing complex in Nagoya is filled with pupils of various nationalities for an after-school tutoring program.

"Hi, I brought my homework!" a kid called out to Yuko Kawaguchi, 41, on April 21. Kawaguchi is the head of Manabiya@KYUBAN, a nonprofit organization that has run the program for the past 10 years at the "Kyuban" (No. 9) housing complex in the central Japan city's Minato Ward. 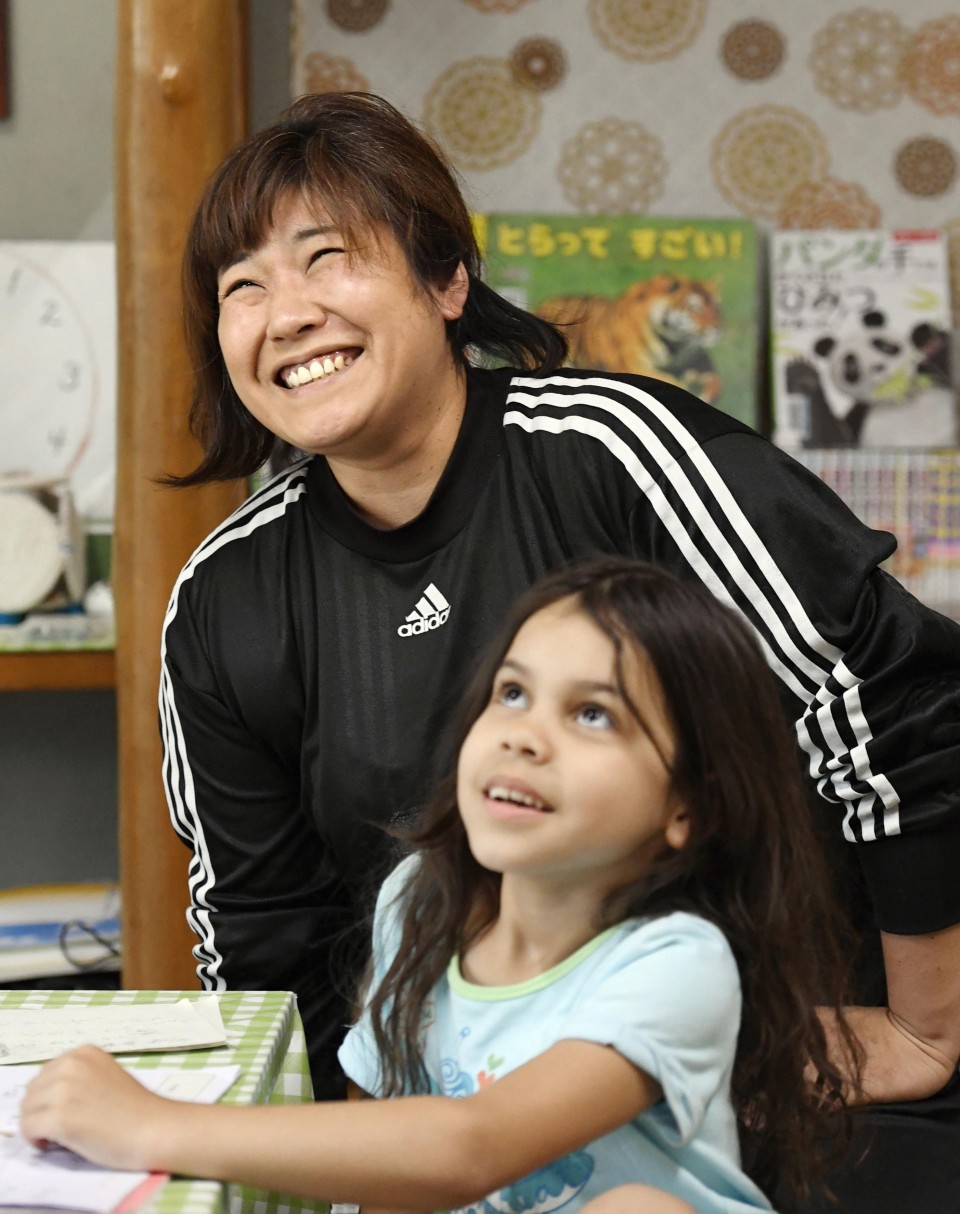 The children hail from such countries as Brazil, Peru, China and the Philippines and live with their families in and around the complex.

"How do I write the kanji characters for 'naiyo' (content)?" Ricardo Koide, 10, from Brazil, asked Kawaguchi. Kawaguchi gave him a hint and waited for Ricardo to make an attempt.

Kazuo Cho, 12, from China, who was sitting next to Ricardo, then brought out a dictionary. "Here, you can look it up in this."

The two huddled together to flip through the pages of the dictionary.

At the Manabiya classes, older kids often take care of younger ones, partly due to a shortage of hands, Kawaguchi said. But it also makes older children feel helpful. "We want to give the children a place in society, a place where they feel they are needed," she said.

Kawaguchi knows through her own experience that having the feeling of being counted on is very important for everybody.

While in high school, Kawaguchi was a javelin thrower, competing at national-level sports events.

In 1995, she moved from her home in Yokosuka, Kanagawa Prefecture, to Toyota, Aichi Prefecture, to attend a university there on an athletic scholarship. "I was seriously aiming at the Olympic games," she said.

Her athletic performances, however, did not meet expectations and she began to shy away from attending the university and from her friends, finding herself only able to go to a neighborhood supermarket for shopping.

But the supermarket, which was near a large Brazilian community, turned out to be the place where she found a role in society.

One day a Japanese-Brazilian girl invited Kawaguchi to her home and the girl's mother, who was running a Brazilian school, asked her to teach Japanese to Brazilian children. She did so, and soon received more requests from other places to teach.

"I was glad that people welcomed me. I was saved by my students," Kawaguchi said.

Kawaguchi gave up on the Olympics but completed university and then worked for a Brazilian school to improve her teaching skills.

In 2008, she launched the after-school tutoring program at the Kyuban housing complex where many residents of various nationalities were living with little language support.

Over the course of 10 years, Japanese children living nearby also began attending the program, making it a small place for social interaction.

An increasing number of foreign nationals have been coming to Japan to work, with many bringing their families as well, says Yoshimi Kojima, associate professor in educational sociology at Aichi Shukutoku University. Children in those households need support in learning Japanese.

An education ministry survey shows that as of May 2016 there were 43,947 children -- including 9,612 Japanese -- across Japan who were in need of support in learning the Japanese language. Aichi Prefecture had the most such children in the fiscal 2016 survey.

Children with language difficulties often stop attending classes and are susceptible to delinquency, Kojima says. The problem is not visible and public support is still lacking as their parents come from a minority and have no voting rights.

"We see here that children's right to receive an education is being barely maintained by the devotion of private citizens," Kojima says.

On the evening of April 21, after elementary school pupils went home, junior and high school students in their school uniforms began gathering at the meeting room of the Kyuban housing complex.

They were former attendees of the Manabiya program and visited the room for a chat. It was past 9:30 p.m. when Kawaguchi turned off the light.

Some former attendees are now university students and company employees, Kawaguchi said. "Someday, some of them will support this program. I will keep up this program until then."