A number of books aimed at teaching elementary school children about issues concerning the lesbian, gay, bisexual and transgender community have been published recently in an effort to deepen understanding about sexual minorities in Japan.

Publishers say the books that teach basic knowledge on how "anyone should be able to become happy, as oneself" are not only for those who identify as LGBT, but to educate teachers and children on how to respect others' rights and be accepting of different viewpoints.

"We want children who are not (of the LGBT community) and teachers to also read these books," said one book editor.

Otsuki Shoten Co., a Tokyo-based publisher, released "Watashirashiku, LGBTQ" this year translated from the English titled book "Living Proud! Growing up Lgbtq" by Robert Rodi and Laura Ross. There are a total of four volumes, each sold for 2,160 yen.

Q can mean "questioning" or "queer," an umbrella term non-specific to sexual orientation or gender.

The books explore what it means to be transgender and the personal experiences of people who take steps to transition from the sex they were assigned at birth and "your options when you feel like your physical sex is out of sync with who you are."

Many pages are devoted to personal experiences of coming out. One woman, for example, talks about being accepted by her mother and friends after revealing that she is a lesbian.

For others, it might take longer for people to understand, as in the case of one woman who describes how her mother tells her she will be "cured one day" after discovering she is a lesbian in high school.

"It is important to have the books readily available at libraries and schools for when someone's interest is piqued," said chief editor Yu Iwashita. 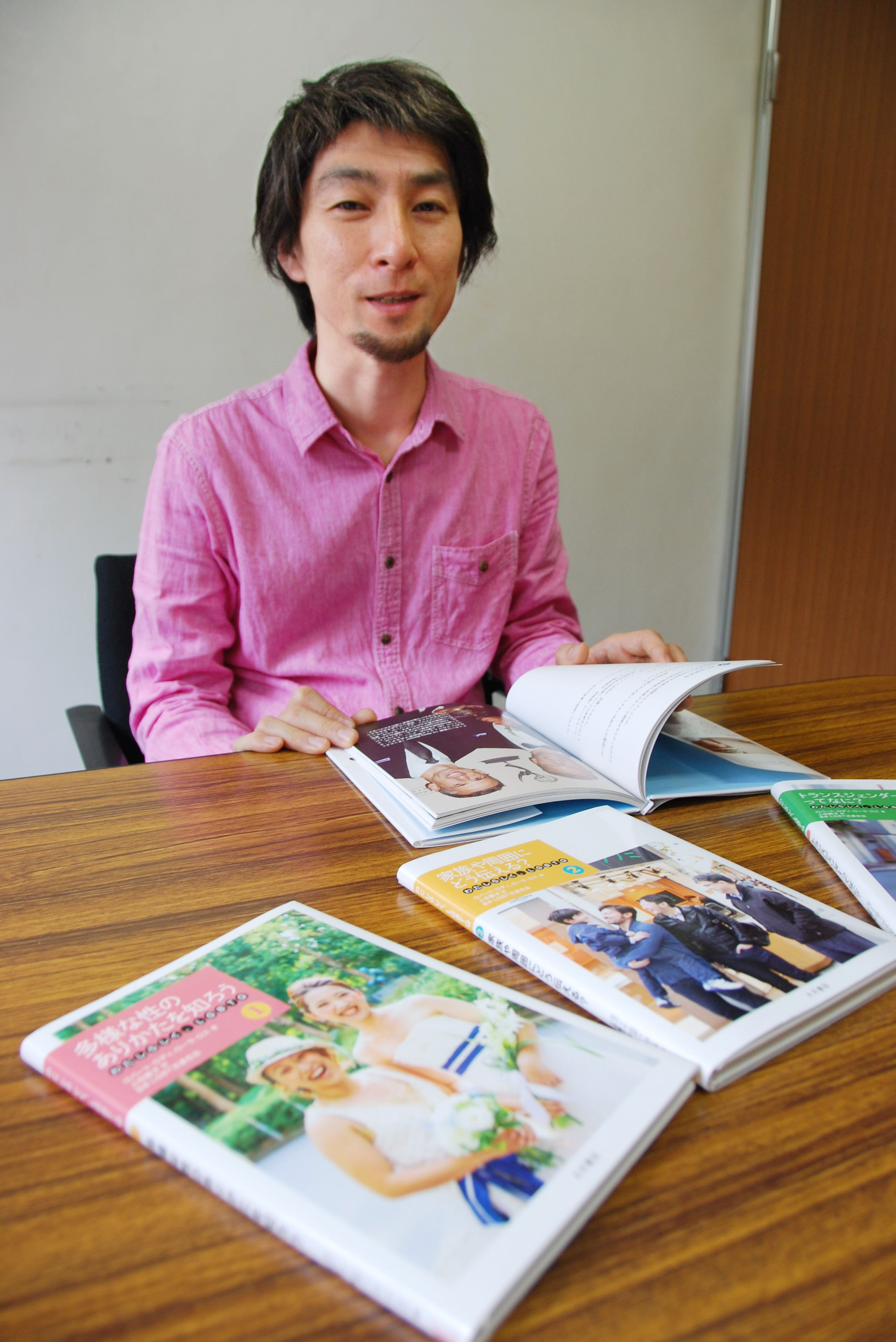 The books, which each cost 3,240 yen, have colorful yellow, pink and blue bindings and manga drawings inside to make the topics more endearing for young elementary school children.

Many children struggle with worries, such as bullying, when they first become aware of their sexual orientations in puberty. Problems might arise as their bodies undergo physical changes or when they experience their "first love."

Accurate information according to the child's age should be provided, educators argue.

"Despite this being an important issue, efforts for the LGBT community by teachers and schools in Japan have fallen behind," said education commentator Naoki Ogi. "(But) I feel like the tide has finally turned (for the better)," he said.

A male teacher in his 30s from Tochigi Prefecture said, "If you look at recent survey results there is inevitably at least one LGBT child to a classroom. In order to build a relationship of trust with students, it is important for teachers to acquire proper knowledge," he said.

Most of the books are available in schools and public libraries, but they can also be ordered at bookstores and are being sold over the internet.

The ministry of education is also encouraging teachers to take an active role by giving consideration to LGBT students in schools and have released a notice urging educators to take concrete steps to support such students.