Japanese due ALI PROJECT were among the first artists confirmed to perform at this year’s Anisong World Matsuri, part of the Anime Expo held in Los Angeles, California in July.  At the event ALI PROJECT singer / songwriter Arika Takarano sat down for an interview to talk 25 years in the industry, those amazing costumes and more. 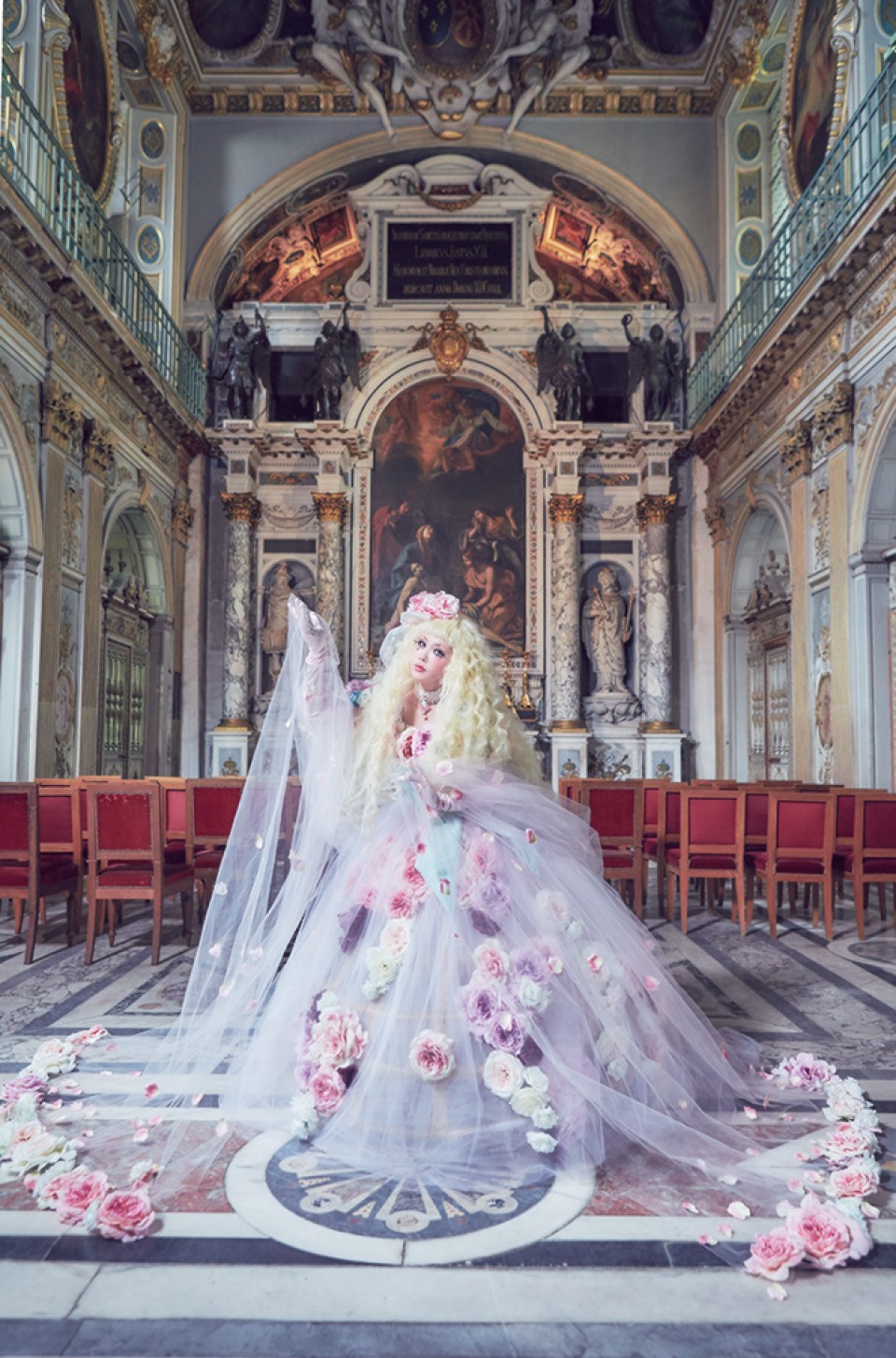 You started your career as 蟻 (Ari - “ants”) PROJECT originally. How did you come up with the name?

Arika: It’s because my name is Arika! The kanji is different, but it has the same sound.

How did you meet your partner, Mikiya Katakura?

Arika: It’s been 25 years since we debuted, so I don’t remember how anymore.

As you mentioned earlier, it is your 25th anniversary this year! Congratulations! Since you debuted, I’m sure that the music scene has been changing quite often. Did your music tastes or goals change over the time?

Arika: Not at all! Other circumstances didn’t really affect our music style, but I think this is exactly why we could keep going as ALI PROJECT. We don’t really have goals, either. Our mission is to keep creating music.

To celebrate your 25th anniversary, you will be releasing the best album, “Ai to Makoto.”

Arika: We just released another album, “Chi to Mitsu” last month. The theme of this album was cute Lolita songs like “Rozen Maiden”’s OP song and horror songs like “Another”’s OP song. It comes with two discs.

“Ai to Makoto”’s theme is yamato songs like “CODE GEASS: Lelouch of the Rebellion”’s ED song, Yuukyou Seishunka. This album also comes with two discs. One is a collection of Japanese traditional Yamato songs, and another is ballad songs.

One of ALI PROJECT’s charms is definitely the unique world that ALI PROJECT creates with their music. In addition to the music, Arika’s costumes, makeup and hair are always magnificent. Do you pick the direction of the costume and hair/makeup every time?

Arika: Yes, I do. I already know what type of costume would fit the theme of the song while composing the songs. I have meetings with a graphic designer and costume designer to decide the details as well. My private costume designer is a Gothic Lolita brand designer, Tada Kaie. She used to work for a haute couture shop in France before, so I love that her costumes are inspired by European fashion as well. She can make anything!

What was the hardest costume that you wore?

Arika: It’s always hard to wear my costumes…. But maybe the dress made with mirrors was the hardest one to put on. They’re not real mirrors, but we used the reflective fabrics which look exactly like mirrors. It was our 20th anniversary dress for our best album 5 years ago. We shot at White Sands in America, but bringing that costume to America was really hard! Our costume was packed in cardboard, but we were stopped at immigration. They opened the box and asked us what it was. Our director said this is his art piece, he would go show it to his friends, and we passed! To go to White Sands, we stopped by in Los Angeles for sightseeing, too!

Where did you go when you came to Los Angeles 5 years ago?

Arika: We went to Rodeo Drive, Beverly Hills! I also came to Los Angeles for visiting right after we debuted 25 years ago. It was my first time to travel outside of Japan.

Is there any place that you want to visit in Los Angeles this time?

Arika: I want to explore, but I don’t have time for sightseeing this time. If I can, I want to go to Victoria’s Secret. I want to eat steaks, too!

You have sung songs for anime titles before. Do you always read the original manga or book before you write songs?

I personally really liked the “CODE GEASS: Lelouch of the Rebellion”’s ED song. How did you get an offer to sing for that series?

Arika: When I got that offer, I already knew that I really wanted to sing for this anime! The story takes place somewhere in Japan, but not really, so I thought I could put my yamato soul into this song! I wrote a song thinking about Lelouch. The world of CODE GEASS was perfect with ALI PROJECT’S world.

You have been performing all over the world. What was the most impressive thing that you experienced overseas?

Arika: I went to Boston to perform last year. When I have concerts in Japan, our fans stay quiet during my performance, but the audience in Boston was so energetic and cheered for me! It was fun!

Lastly, what is your kawaii, kakkoii, and sugoi thing?!

Arika: If I could make a song which is cute, cool and amazing, I think that’s invincible!

ALI PROJECT is made up of members Arika Takarano (lyrics and vocals) and Mikiya Katakura (composer and arranger). As ALI PROJECT the pair have been charming audiences with their unique melodies, poetic lyrics and strong visual style since the early 90s. The duo’s anime theme song credits include “Seishoujo Ryouiki” for Rozen Maiden and “Yuukyou Seishunka” for CODE GEASS: Lelouch of the Rebellion.

As artists, this unique duo take control of all aspects of their performance, from the music through to visual art direction including costumes and stage design.

The pair released their 25th Anniversary Best Of album Chi to Mitsu ~ Anthology of Gothic Lolita & Horror in June 2017.

Anisong World Matsuri will be making its east-coast U.S. debut at Otakon 2017 in Washington, DC on August 11-13.  For more details visit the Otakon website.