The operator of the crippled Fukushima Daiichi nuclear power plant began on Wednesday probing inside a contaminated water-filled reactor containment vessel at one of its units using an underwater robot.

Tokyo Electric Power Company Holdings Inc., the plant operator, is hoping to discover the precise location and condition of melted fuel debris inside the No. 3 reactor, one of the three units which suffered meltdowns in the 2011 nuclear crisis following a massive earthquake and tsunami. 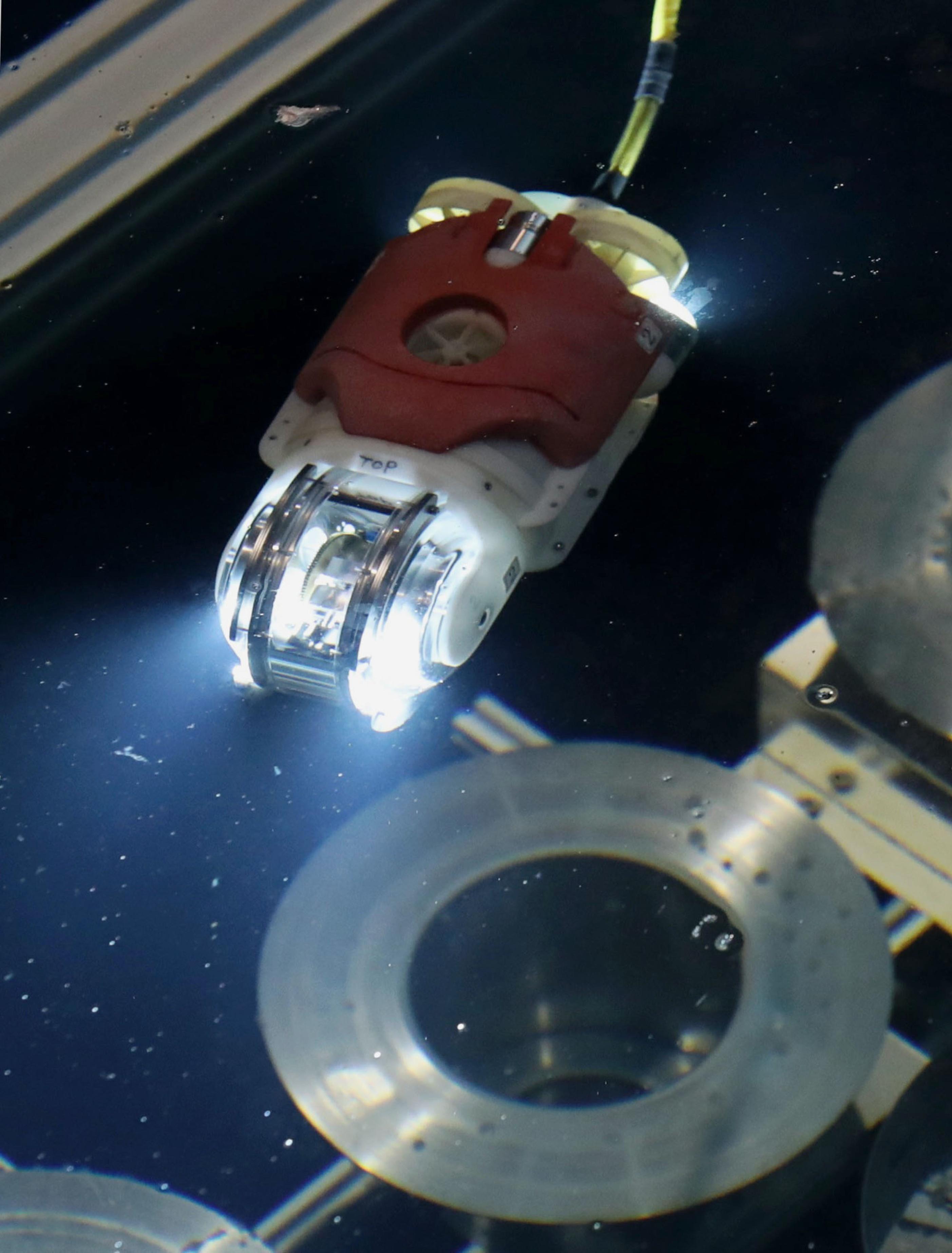 On March 11, 2011, a huge tsunami hit the six-reactor plant, located on ground 10 meters above sea level, and flooded power supply facilities. Reactor cooling systems were crippled and the Nos. 1-3 units suffered fuel meltdowns in the world's worst nuclear catastrophe since the 1986 Chernobyl crisis.

Six years after the disaster, the condition of nuclear debris remains unknown as radiation levels inside the reactors are still extremely high.

Since the water levels inside the containment vessel of the No. 3 reactor are higher than those of other reactors, the utility, known as Tepco, sent in an underwater robot equipped with a camera.

The robot entered the structure around 6:30 a.m. through a pipe connected to the containment vessel, which houses the reactor pressure vessel, according to Tepco.

The remote-controlled robot, attached to cables, then headed to the area just below the reactor pressure vessel and tried to capture images there.

Based on the outcome of Wednesday's probe, the robot will travel on Friday as far as to the bottom of the containment vessel, where the deposits of melted fuel debris are believed to have accumulated.

Tepco said about 6.4 meters of water -- injected into the structure to cool the fuel -- has accumulated in the bottom of the containment vessel.

From January to March, Tepco conducted robot surveys including sending a self-propelled robot into the Nos. 1-2 reactors, where water levels are lower than the No. 3 reactor, but they failed to ascertain the condition of fuel debris.