In 1964, when Tokyo last held the Olympic Games, the city's population stood at around 10 million.

In 2017, with Tokyo's next Olympics just three years away, an extra three million people are living in the city, whose landscape and infrastructure has changed immeasurably in the intervening years.

The following photographs illustrate some of the changes Tokyo has seen since 1964. 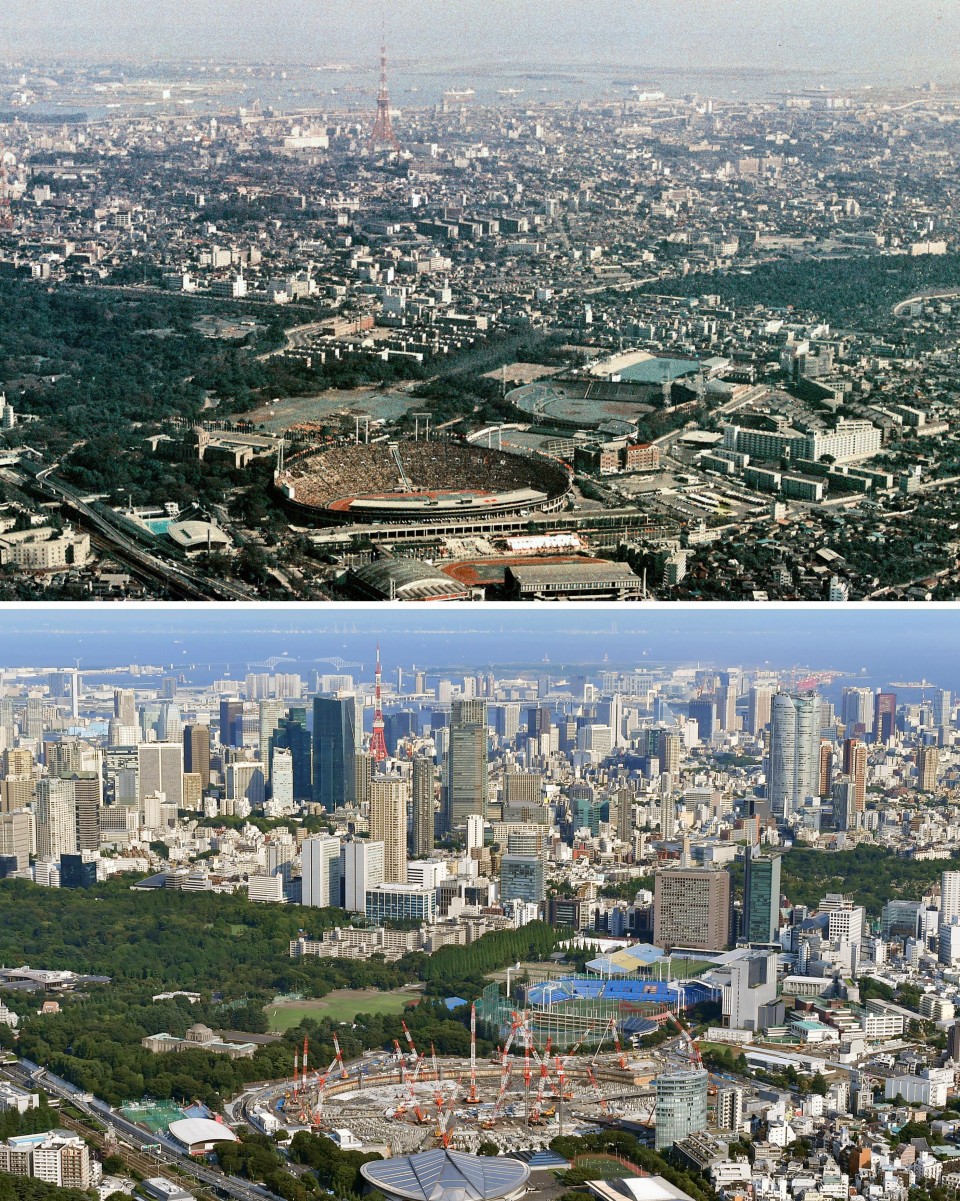 In the background we can see Tokyo Tower, which was opened in 1958. In the foreground of the 1964 image is the Olympic stadium, which is where the opening ceremony for the games was held. The 2017 image shows the new stadium being constructed on the same site. 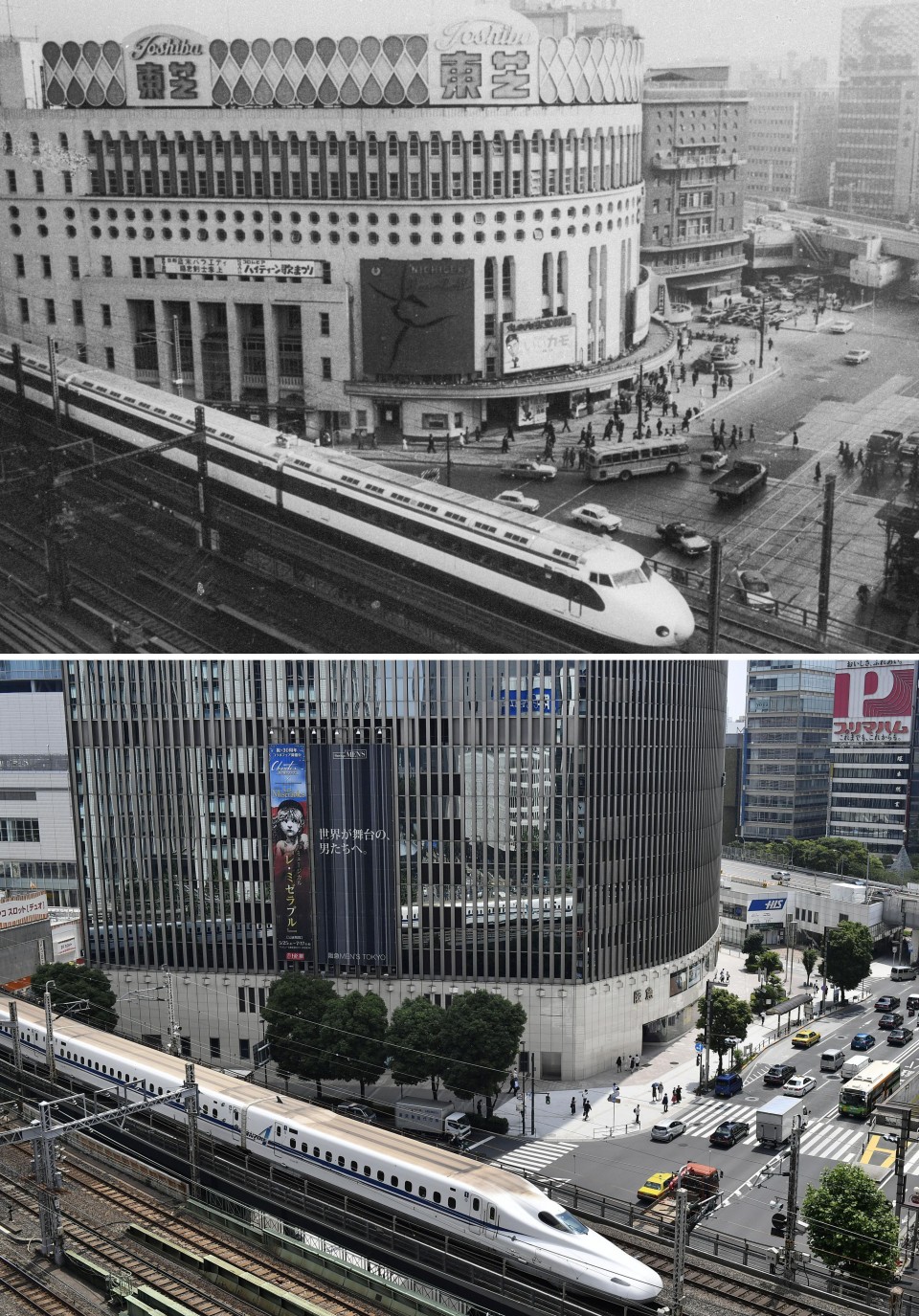 The Tokaido shinkansen bullet train passes by Yurakucho, in these shots taken from the Kotani building. The shinkansen was launched in 1964, just days before the opening of the Tokyo Olympics. 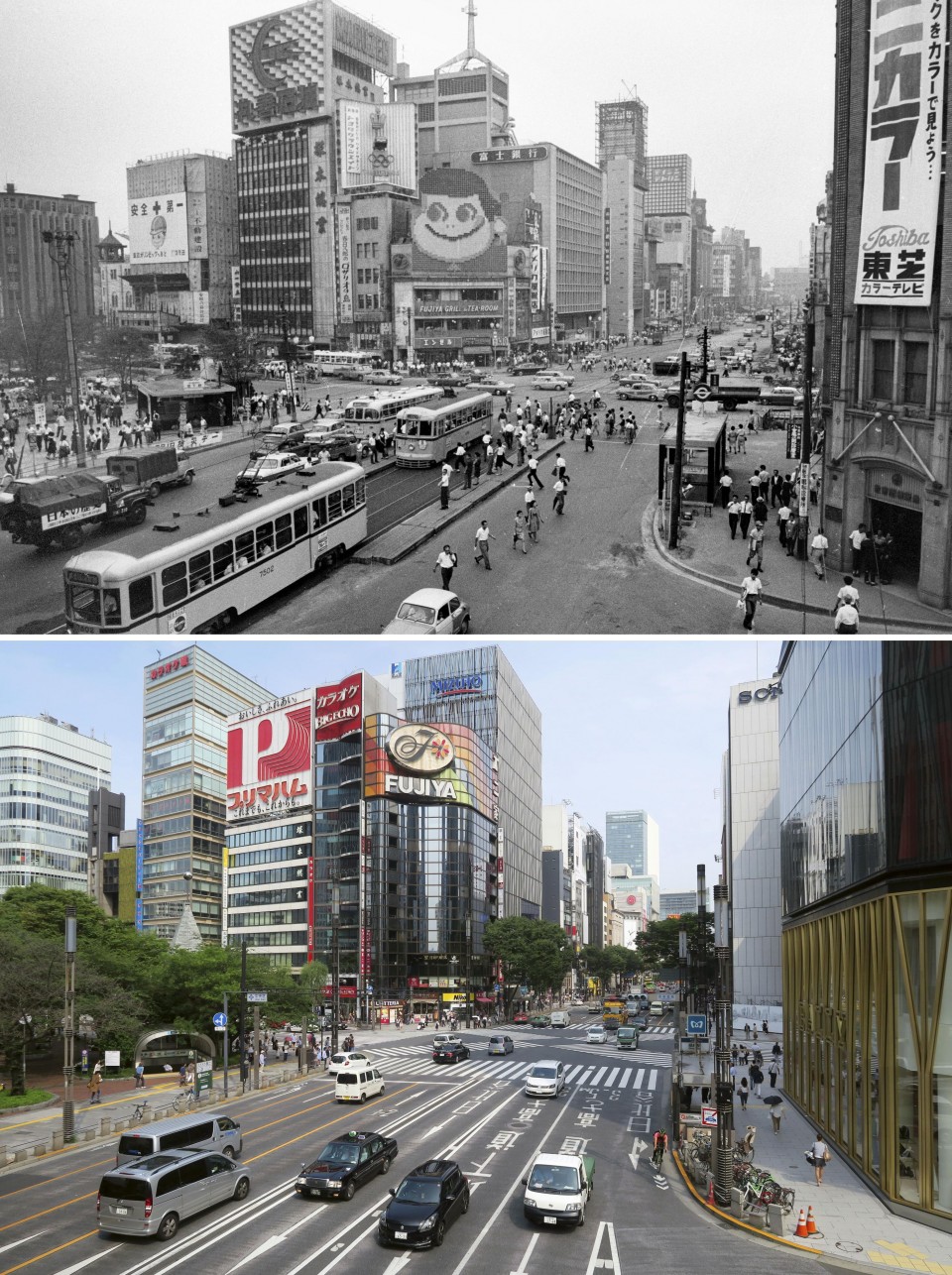 Ginza's Sukiyabashi Intersection. While the Fujiya confectionary company has maintained its presence, the trams are long-gone. The billboard on the right of the 1964 image was advertising color television sets, an expensive luxury at the time. 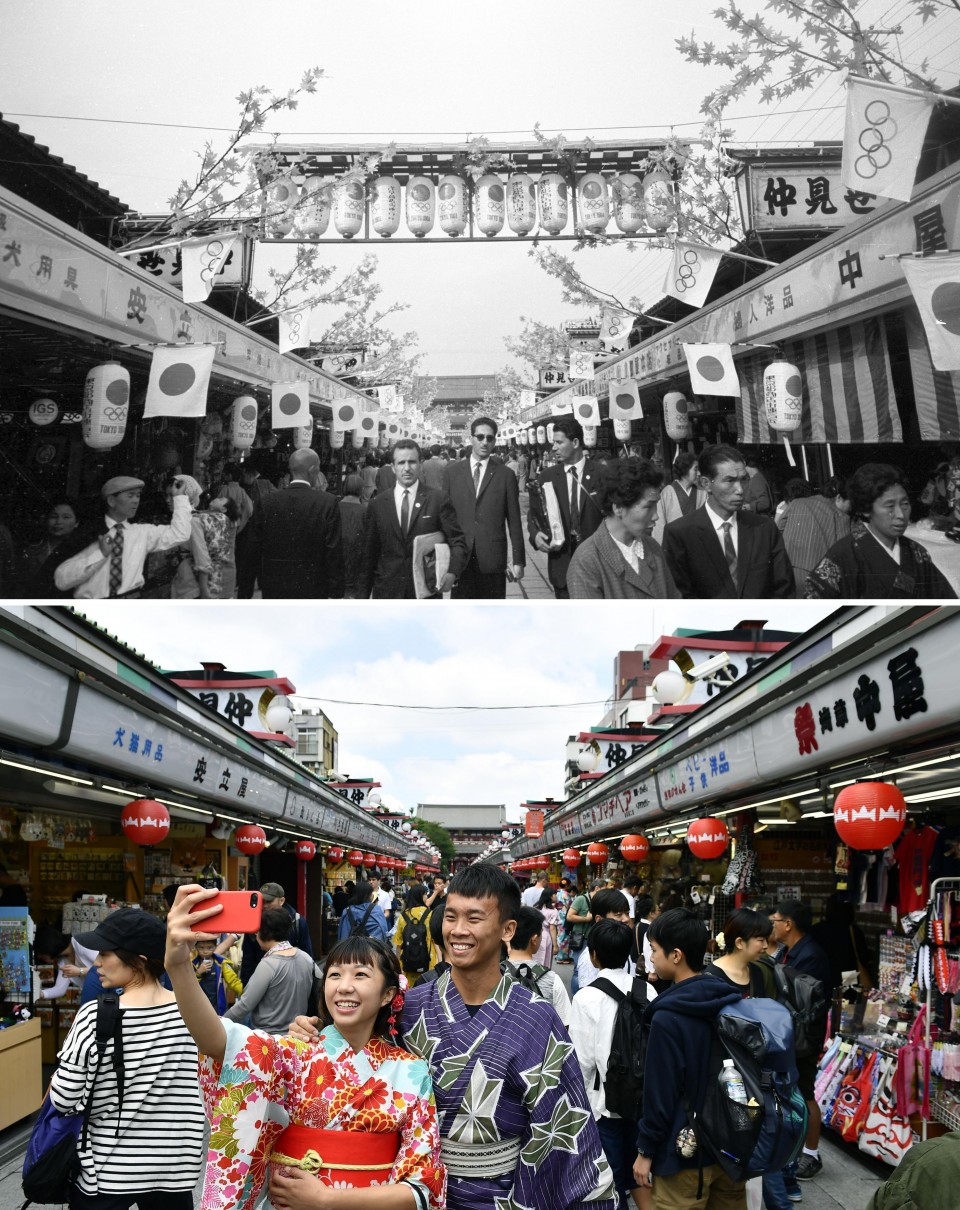 Nakamise Street, the approach to Asakusa's Sensoji temple, has long been a favorite for tourists. It appears to have changed very little since 1964, with only the Olympic flags having disappeared. 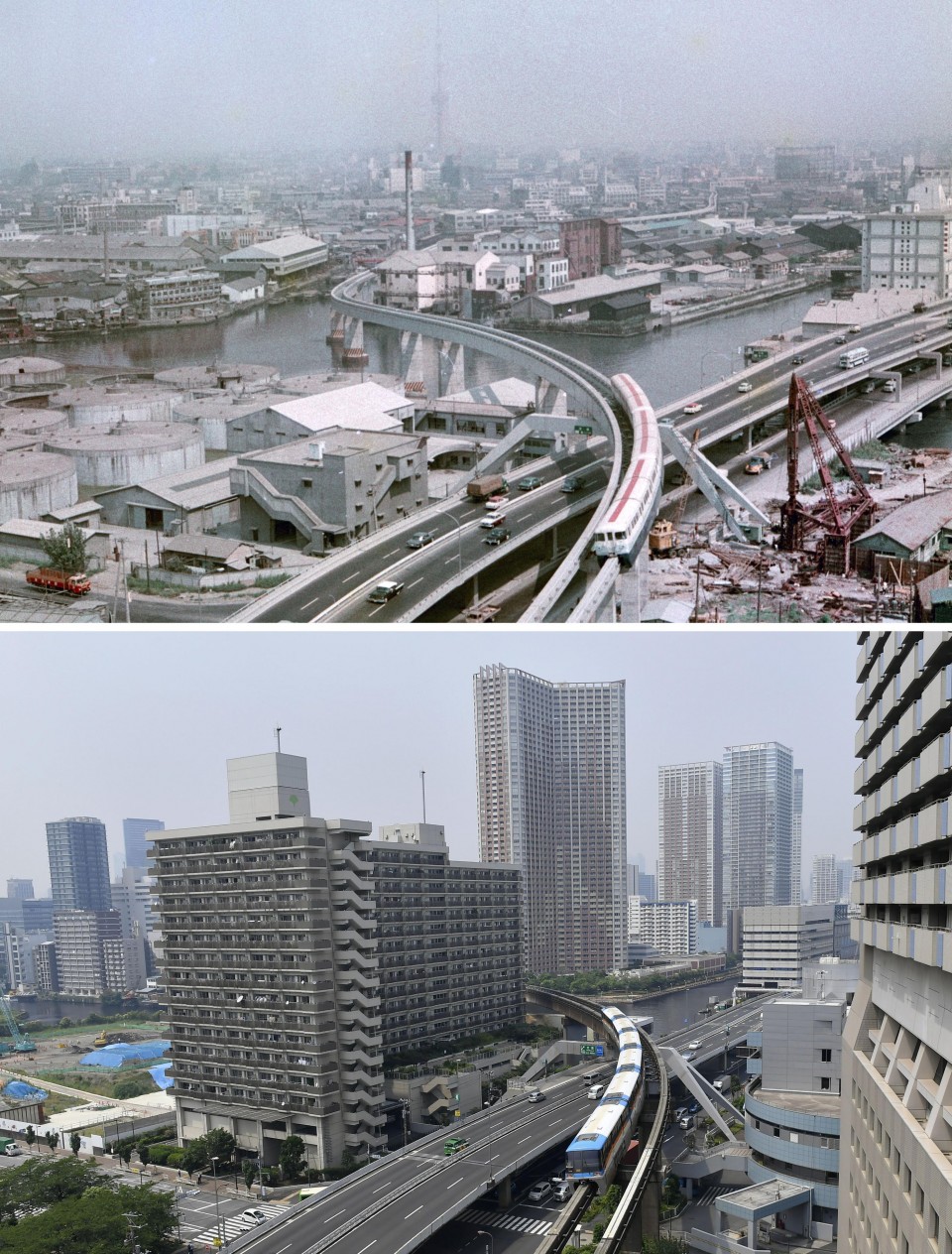 The Tokyo Monorail, which connects Haneda Airport to central Tokyo, was opened in September 1964. The Metropolitan Expressway runs beneath it in these images. Private car ownership in Japan skyrocketed from 1.2 million vehicles in 1964 to more than 60 million in 2017.