The family of a New Zealand man who died in May following treatment in a Japanese hospital's psychiatric ward are calling on the government to investigate his death, which they say occurred after he was restrained to a bed for 10 days in defiance of international healthcare norms.

Intervention by the health ministry is necessary because despite suggestions of malpractice, the hospital is refusing to release relevant medical records or allow a third-party investigation, the family told Kyodo News on Friday. 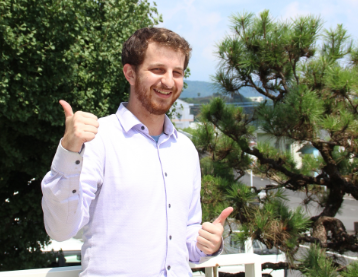 Kelly Savage, 27, died after suffering cardiac arrest while in the psychiatric ward of Yamato Hospital in Yamato, Kanagawa Prefecture, southwest of Tokyo.

His family say they suspect Savage's death was due to deep vein thrombosis after he was kept in restraints virtually constantly for 10 days.

According to the family, Savage came to Japan in 2015 to teach English in elementary and high schools through a Japanese government program.

Having undergone mental health treatment in New Zealand years earlier, he experienced a resurgence of symptoms in April, prompting his admission to the hospital.

According to hospital records, the attending cardiologist who treated Savage found signs suggesting deep vein thrombosis, which can be caused by long periods of immobilization, although the autopsy was not able to confirm or deny this possibility.

"When I saw them put the restraints on I thought it seemed cruel and unnecessary, but I never dreamed it could kill him," said a family member who was with Savage when he was hospitalized.

"I felt sick when I learned that the link between physical restraint and deep vein thrombosis is well known and is one of the reasons this length of restraint is unheard of in other developed countries," he said.

The family said they were told by hospital staff only that nurses would have removed Savage's restraints for brief periods to wash or feed him.

The prolonged restraint of a patient who is not presenting an immediate threat to themselves or others goes against accepted medical practice and U.N. rules, the family said.

They plan to hold press conferences in Tokyo next week to publicize the case and announce the creation of a new organization dedicated to curtailing the use of physical restraint in Japanese psychiatric hospitals.

The hospital said Friday it is not directly commenting on the case or on its policy on restraints.

More than 16,000 patients were physically restrained at psychiatric hospitals in Japan fiscal 2014, according to data released by the Health, Labor and Welfare Ministry in March. The figure has more than doubled since fiscal 2003 when the tally began.

The U.N. Principles for the Protection of Persons with Mental Illness, adopted in 1991, state that physical restraint must be used only "when it is the only means available to prevent immediate or imminent harm to the patient or others," and "shall not be prolonged beyond the period which is strictly necessary for this purpose."