The launch of what would have been the first Japanese rocket entirely developed by private industry to reach outer space failed Sunday, the Hokkaido-based rocket developer said.

Officials of Interstellar Technologies Inc., founded by former Livedoor Co. President Takafumi Horie, said the launch of the 10-meter-long rocket, MOMO, was aborted after communication with the rocket's telemetry system was lost about 80 seconds after liftoff from a test site in the town of Taiki on Japan's northernmost main island.

The rocket fell into the sea some 8 kilometers from shore after its engine was stopped, they said.

The rocket, weighing a little over 1 ton with a diameter of around 50 centimeters, was designed to reach an altitude of 100 kilometers -- beyond the boundary between the Earth's atmosphere and outer space -- and descend by parachute into the Pacific Ocean.

The company aims to use the MOMO to pave the way for a commercial service putting super-small satellites into orbit. 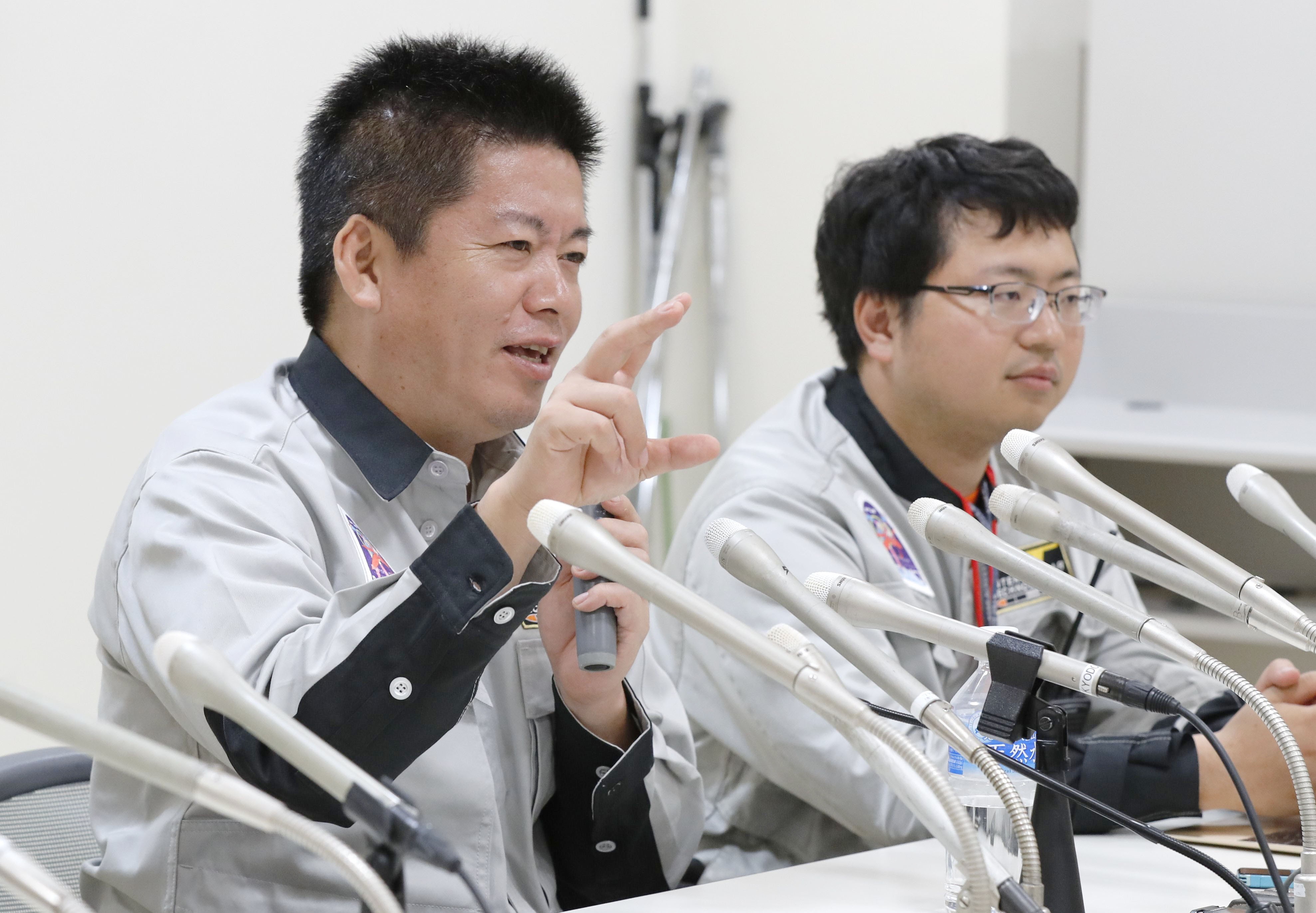 To develop a rocket without government funding, the company cut production costs by making some parts on its own and sourcing other items such as semiconductors and screws.

The launch is believed to have cost around 50 million yen ($450,000), which the company said it collected from its sponsor and digital contents provider DMM.com and through crowdfunding.

Interstellar Technologies was founded in 2013 and currently has 14 employees.