The family of a construction worker at the main Tokyo Olympic stadium has requested labor authorities recognize his death this spring as employment-related, claiming he killed himself because of overwork.

The 23-year-old Tokyo construction firm employee died due to his heavy workload, exceeding 200 extra hours per month, the family's lawyer told a press conference on Thursday. Tokyo is rushing to build the stadium before the 2020 games after ballooning cost estimates led to design change-related delays.

The groundbreaking of the National Stadium for the Olympic and Paralympic Games was pushed back by about 12 months to December last year after a costly original construction plan was scrapped.

"The working schedule was extremely tight. Even though (the Olympics) is a national event, laborers' lives should not be sacrificed," lawyer Hiroshi Kawahito said.

Calling the man's suicide "a grave issue," Health, Labor and Welfare Minister Yasuhisa Shiozaki said, "We cannot tolerate any fatalities at construction sites for the Olympics while everyone is working for their success. We will try to cut working hours."

Shiozaki said labor authorities have begun inspections at the stadium construction site and the government will also check whether there are more overwork cases related to building of the venue.

After graduating from university, the man joined the construction company in April 2016 and managed ground improvement works at the stadium site from mid-December that year, according to Kawahito.

He went missing after informing the company that he will take leave on March 2, and his body was found on April 15 in Nagano Prefecture, central Japan. A note found near the man's body led police to believe he killed himself.

The construction firm originally told the family that his overtime hours were within 80 hours a month, in line with the labor-management agreement.

But the family learned after examining records of his entering and leaving the stadium site, and tracking his computer use, that he worked approximately 211 and 143 hours overtime, one and two months, respectively, before his disappearance.

On July 12, the family applied for workers' compensation claiming that the man's death was related to his suffering from depression and other psychological issues caused by his work schedule.

"We deeply apologize. We take the matter seriously so that this will never happen again," the construction company said in a statement.

Taisei Corp., prime contractor of the stadium construction, also said in a statement, "The specialized construction firm is responsible for labor management. We will instruct the company to strictly comply with the law." 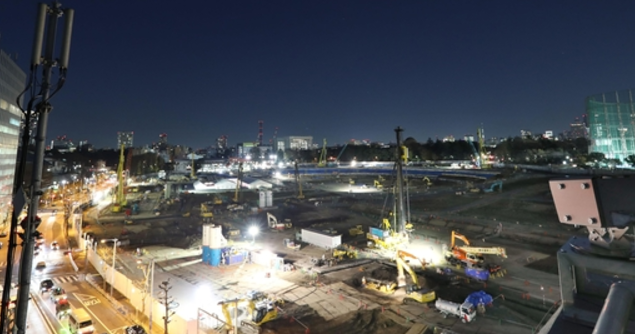