The approval rating for Prime Minister Shinzo Abe's Cabinet has fallen 9.1 points from June to 35.8 percent, the lowest level since Abe commenced his second stint as premier in 2012, a Kyodo News poll showed Sunday.

In the nationwide telephone survey conducted Saturday and Sunday, 77.8 percent of respondents said they were not convinced by the government's denial of claims that Abe used his influence to secure the approval of a new department at a university run by a close friend.

The disapproval rating for Abe's Cabinet stood at 53.1 percent, up 10 points from June. Among those who expressed disapproval, 51.6 percent said the prime minister cannot be trusted, up 9.7 points.

The Cabinet's support ratings have fallen since the ruling parties forced through a controversial law to penalize the planning of a range of crimes and allegations surfaced of favoritism by Abe in connection with the project to construct the new university department.

More than 62 percent said it was a "problem" that Kake Educational Institution, run by Abe's close friend Kotaro Kake, had been selected to open the veterinary medicine department in a government-designated specially deregulated zone in Ehime Prefecture. 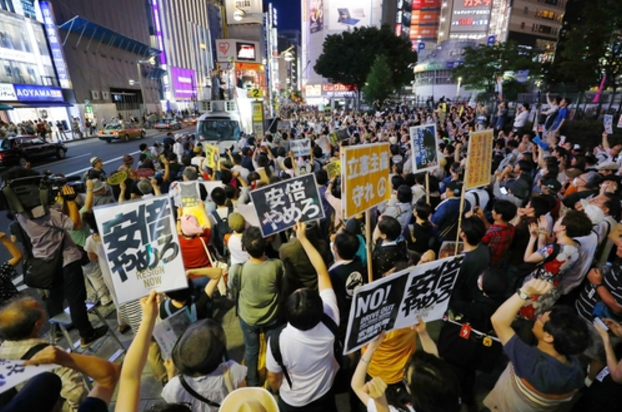 The ruling Liberal Democratic Party, headed by Abe, suffered a crushing defeat in the Tokyo metropolitan assembly election earlier this month and the prime minister is planning to overhaul his Cabinet and senior LDP posts possibly on Aug. 3, sources close to the matter said earlier.

Regarding the planned reshuffle, 57 percent of respondents did not have positive expectations, while 41 percent did.

Of the respondents, 73.1 percent said Abe's failure to replace Defense Minister Tomomi Inada, amid questions about her competence, was unacceptable.

During a campaign speech for the Tokyo metropolitan assembly election, Inada implied the Self-Defense Forces' support for the LDP candidate, a remark viewed as undermining the political neutrality of the defense forces.

On Abe's drive to amend the country's Constitution for the first time, the survey showed that 54.8 percent were opposed to amending it under the Abe administration, while 32.6 percent expressed support.

The LDP is gearing up toward amending the 1947 supreme law after Abe proposed in May revising its war-renouncing Article 9. In the following month, he urged the LDP to compile amendment proposals for discussion during an extraordinary Diet session likely to be convened in the fall.

As for party affiliation, 31.9 percent said they backed Abe's LDP, down 2.4 points, while support for the main opposition Democratic Party fell 2.2 points to 8.2 percent.

Kyodo News has made calls to mobile phones in addition to landlines since April. 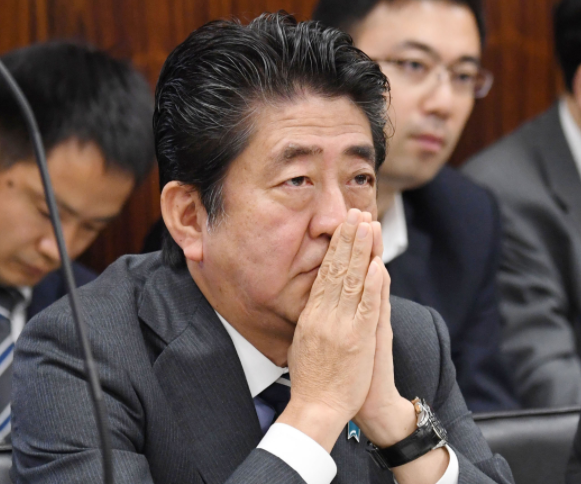