Number of female hunters in Japan on increase

The number of female hunters in Japan has been growing recently, raising expectations that they will become major players in protecting farmers from damage caused by animals in what is generally considered a man's world.

Hunters aged 60 and older accounted for 65 percent of the 2014 total, reflecting the country's graying society.

Farm ministry data show the agricultural and forestry sectors have constantly reported high levels of damage inflicted by boars, deer, birds and other animals. Such damage amounted to 17.6 billion yen ($155 million) in losses in fiscal 2015.

The uptrend of licensed female hunters is considered significant under the circumstances and 31-year-old Chiharu Hatakeyama is among those who are nicknamed "kari (hunting) girls" and drawing attention in both media and hunting circles.

Formerly a resident on the outskirts of Tokyo, Hatakeyama obtained a license for hunting wild animals using traps in 2013, having been prompted by disrupted supply chains of food and other daily necessities in the aftermath of the March 11, 2011 earthquake and tsunami that devastated a wide area of Japan's northeast. 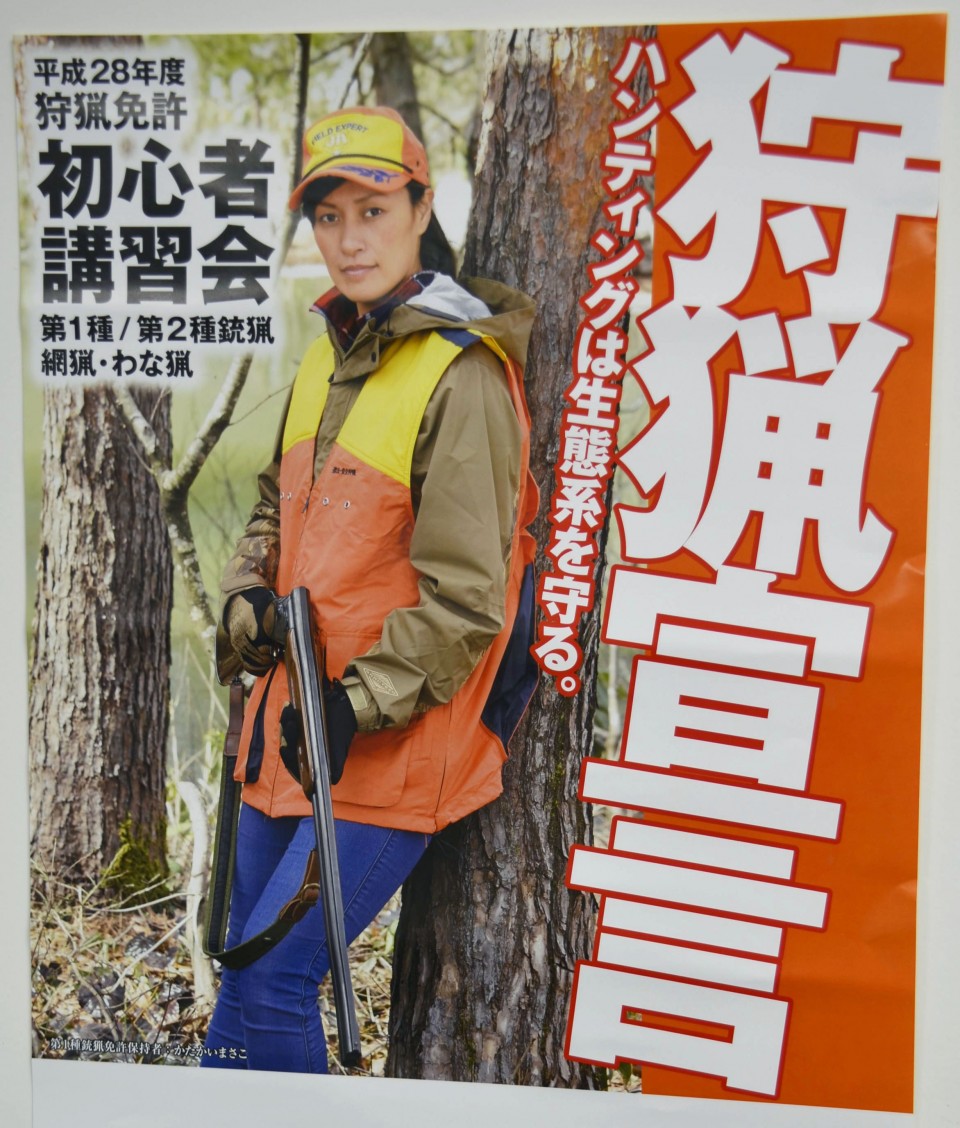 She moved to a countryside location in the southwestern prefecture of Fukuoka after the disaster, which gave her an opportunity to reconsider her lifestyle and Japan's food culture. She has now learned how to butcher animals and written a book about her experience of it.

"I feel somewhat uneasy doing it, but it is true that they damage crops and fields," Hatakeyama said. "This is something you can't talk about from only one aspect."

Japan's hunting licenses are divided into four types, including the top tier in which shotguns and rifles are allowed to be used if permitted through separate procedures. The license Hatakeyama owns is for trapping with no firearms involved.

Group activities related to hunting by women have also been animated recently. In one case, an association has been organized by female hunting fans for exchanging information about wild-game cuisine via social networking sites.

"It seems more and more women are willing to make contributions to controlling harmful wildlife as women's social advancement is progressing," said an official of Dainihon Ryoyukai, a national hunters' association established in 1929.

Trying to take advantage of the opportunity, the association has created a poster featuring a female hunter and runs a promotional website titled "Go for it! Kari girls."

The Ministry of Agriculture, Forestry and Fisheries acknowledges the growing potential of women's role in wildlife control services.

"It has yet to become a big wave," said an official of the ministry. "But it's significant to see the number of women rising because there is a limit on the scope of what can be done by the seasoned hunters currently available in removing harmful animals."