Japanese baseball marked the end of an era on Thursday, when a crowd of 250 turned out to pay their final respects to Hall of Fame manager Toshiharu Ueda at a memorial service in Yokohama.

Ueda, who died on Saturday at the age of 80 was likely the last of his kind in a baseball society that generally demands its managers be players of stature.

While he was famous for steering the historic Hankyu Braves franchise to its first Series championships, Ueda is perhaps best known for pulling his team off the field to protest a home run he believed was foul in Game 7 of the 1978 Series.

Ueda held up play for 79 minutes, the longest delay in Series history, and stepped down as manager after the Series, which the Braves lost.

He returned to manage the Braves in 1981 and stayed with the club through its sale to Orix after the 1988 season, before stepping down in 1990. His last managing job came with the Nippon Ham Fighters, whom he ran from 1995 to 1999. 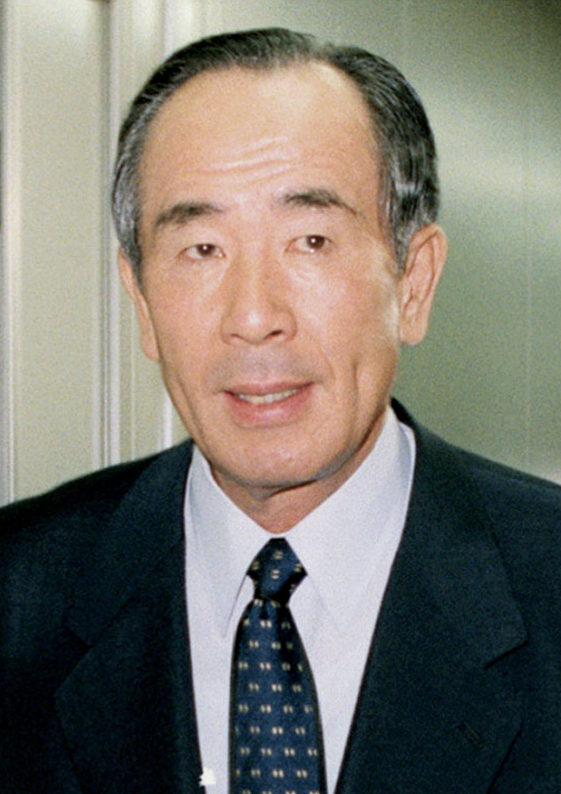 Ueda's pro baseball career began when he signed out of university with the Hiroshima Carp as a catcher, but after three seasons took up coaching in 1962 at the unheard age of 25. In a society weighted heavily toward seniority, it put the young coach in a tricky situation.

"The Carp owner told me he had seen me as a future coach when they had signed me," Ueda told Kyodo News in a 2015 interview. "It was very difficult. I was in a position where I had to tell players who were older and more experienced than me what to do. It forced me to sharpen my communication skills."

After a year on the farm Ueda was promoted to first team coach. He remained there until a difference of opinion with manager Rikuo Nemoto after the 1969 season ended Ueda's run in Hiroshima.

At his memorial service, Carp legend Koji Yamamoto spoke about his first contact with Ueda.

"He was a coach when I joined the team," said the 70-year-old Hall of Famer Yamamoto. "There is a way to handle each and every situation and he would tirelessly explain their advantages."

Ueda landed on his feet with the Braves in 1971, where he became head coach and inherited the managing position when Hall of Fame skipper Yukio Nishimoto moved to the PL-rival Kintetsu Buffaloes after the 1973 season.

Although Hankyu had become a star-studded dynasty under Nishimoto, the Braves had been beaten in the Japan Series five times. As a manager, Ueda became known for a drill sergeant approach to the game that brooked no nonsense and did not spare players' feelings.

Hiromi Matsunaga, his all-star third baseman, said Thursday. "It was the manager's job to get angry. Everything started with his harsh teaching."

In 1975, Ueda defeated Nishimoto's Buffaloes in the PL playoffs before the Braves broke their Series jinx against his former club, the Carp. The breakthrough, Ueda said in part came from the addition of two foreign players, outfielder Bernie Williams and second baseman Bobby Marcano.

"They were the ideal players for any manager: Talented, coachable, eager to learn about Japanese baseball," Ueda said years later.

Although Ueda famously said he could never die until everyone recognized the decisive home run of the 1978 Japan Series had in fact been a foul ball, he did mellow with age. In his years with the Fighters he could still show his temper, but had learned there was more to managing than discipline.

"Hiromasa Fujita was a (Braves) catcher with great potential. Early in his career, he hit 22 homers and batted .287, but he put on weight easily," Ueda said. "I got on him about it over and over and over, and it didn't work. After a while I came to realize my direct approach, my criticism, was counterproductive."

"That was a hard lesson for me to learn."

After he quit managing in 1999, Ueda became a media analyst, where he was a familiar face in the press box. Although beat writers would defer to him, Ueda treated them like equals in their shared love of baseball. He was inducted into Japan's Baseball Hall of Fame in 2003.

"He was able to be involved in baseball -- the thing he loved so much -- until the end," his widow Katsuko said at Thursday's service. "I believe he had a full life."